Women have been proven to be very effective system leaders, which is exactly what the NHS needs, says Debbie Sorkin

A few weeks ago, I went to the launch of HSJ’s Women Leaders Network. It was notable that the discussion at the event focused almost wholly on what issues we should concentrate on and what we should do. There was very little time spent on who – if anyone – should head up the network, or what the governance should be. 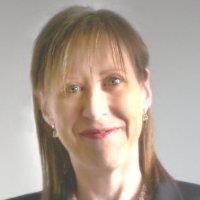 Although I wouldn’t make sweeping claims for absolute differences between leadership in men and women, there is robust evidence in research studies that this emphasis on the practical and the effective is a trait of women leaders.

‘Women were seen as markedly better at taking initiative, developing themselves and others, problem solving and teamwork’

A 2014 study in Harvard Business Review, based on 360-degree feedback on 16,000 senior leaders across a range of sectors, ranked women leaders significantly higher than men on overall leadership effectiveness. Women were seen as markedly better at taking initiative, developing themselves and others, problem solving and teamwork.

More recently, in May 2015, pan-European research from PwC suggested the largest proportion of strategic leaders were female and over the age of 55. It stated they were more likely to be able to see situations from multiple perspectives, have wider experience of people and settings, and to have had experience of things going wrong, giving them both a sense of humility and the resilience to keep going.

This matters for three reasons. First, we know the NHS has real difficulties in recruiting to senior leadership posts. It is estimated that some 33 per cent of NHS trust chief executives are interims, and their average length of tenure is 20 months.

Second, we know that women, despite making up more than three quarters of the NHS workforce, are under-represented in senior leadership roles. In 2013, an HSJ/King’s Fund study found that only 37 per cent of foundation trust directors were women, with a minority in chair or chief executive roles.

‘The NHS is ignoring a significant talent pool on its own doorstep, which raises questions about its recruitment and selection processes’

There were similar disparities in medical leadership across primary and secondary care, and the equivalent figures for women leaders from black and ethnic minority groups were vanishingly small.

Two years later, the picture is largely unchanged. This suggests the NHS is ignoring a significant talent pool on its own doorstep, which in turn raises questions about its recruitment and selection processes, and the effectiveness of its talent management schemes.

But the most important reason is because of the way women tend to lead.

It is exactly those kinds of “wicked” issues that leaders across health, social care, public health and other sectors are grappling with at present. They involve large, complex, difficult – and seemingly intractable – problems, in which everyone is struggling with how to meet demand with fewer resources. There is a need to juggle multiple uncertainties, and no easy or single solution that one person or organisation can find or organise on their own.

In these situations, the way forward lies in involving as many people’s energies, ideas, talents and expertise as possible. So if we’re going to make any headway with these issues, we need collaborative models of leadership, the ability to bring people together and the willingness to ask questions rather than go for ready answers.

So I would like to make the case for more women in senior leadership positions in the NHS. They might well be exactly what the health and care system is going to need. Just what the doctor ordered, in fact.

Debbie Sorkin is national director of Systems Leadership at The Leadership Centre. She tweets at @DebbieSorkin2 and can be contacted at debbie.sorkin@localleadership.gov.uk.