Caring for staff: how the NHS can improve workforce wellbeing

The pandemic has brought employees’ mental and physical health into sharp focus. An HSJ webinar, supported by the Institute for Healthcare Improvement, asked what organisations are doing – and can do – to address the needs of staff. Alison Moore reports 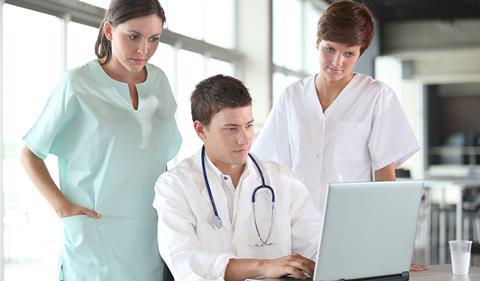 The wellbeing of its staff has always been a key issue for the NHS but the pandemic has brought the subject into focus like never before.

As well as staff deaths and illnesses from covid, the NHS is having to deal with staff suffering from ”long covid” and others who have suffered emotionally from the trauma of caring for so many desperately unwell patients.

Many others will not have suffered such high levels of pyschological trauma but will be feeling exhausted after working through the pandemic and may have lost touch with their motivation for working within the NHS. Burnout and compasssion fatigue may be buzz words but they may also accurately describe many NHS workers’ current state. This comes with a risk of increased staff turnover and absenteeism.

But what are NHS organisations actually doing to improve staff wellbeing – and are they addressing the needs and experience of all staff? An HSJ webinar, supported by the Institute for Healthcare Improvement, tried to tease out some of these issues.

Webinar chair and HSJ editor Alastair McLellan pointed to the increased focus on staff wellbeing since the start of the pandemic: while no one would ever say it was not important, he suggested there had been a significant change during the pandemic, with staff wellbeing becoming a “must-do act…. something which people think about on a day-to-day basis”.

The question now was how this new seriousness around the subject would be converted into action.

Yvonne Coghill, special adviser to the NHS Race and Health Observatory, agreed that people across the NHS had got to grips with the importance of staff wellbeing during the pandemic.

Many staff felt “morally obliged” not to take leave and needed encouragement, but when they did take some time off, they felt much better

Staff were fearful and with a high level of concern, she said. But she pointed to the different experiences of staff groups before and during the pandemic.

“The data shows very clearly that there are huge sections of our workforce that come from black, Asian and minority ethnic backgrounds who were treated pre-covid differently from their white counterparts,” she said. During covid, people from certain backgrounds succumbed to the virus more quickly.

“Post covid, senior leaders really need to take a close look at that and think how do we make certain that those members of staff are treated the same as everyone else,” she said.

And she called for senior leaders to make themselves available and gain real understanding of the difficulties of those in frontline positions in the NHS. To ensure equity for all staff, they need to look at the data about their workforce and make sure that systems were in place to ensure that those people who have not been traditionally cared for are cared for. “We need to value each single one of those individuals in a way that makes them want to stay in the NHS,” she said.

Dr Chris Gordon, improvement director at Barts Health Trust, was acutely aware of this, with more than half the staff at Barts coming from an ethnic minority background. He said there was a need for “emergency services” around wellbeing – which many trusts had responded to fairly early in the pandemic – and the need for rest and recuperation. Staff also needed the opportunity to talk about how the pandemic had been for them.

Longer term it was important to know what staff wanted and listen to them. “We need to really understand what people need – changing facilities, rest rooms, on-call facilities, dining facilities out of hours,” he said, emphasising the need for psychological safety and belonging.

The need for staff to take leave – something some had been unable to do during the pandemic – was recognised by all panellists. But, as Mr McLellan pointed out, there was also a drive to increase elective work and start tackling some of the five-million-long waiting list, as well as coping with high levels of emergency demand. There was a need to reconcile staff taking adequate rest with these service demands, and questions around what was seen as the priority.

But should staff in areas which have been particularly hard-pressed during the pandemic be prioritised for leave? The panellists felt that many staff outside these areas had been drawn into the covid effort – by redeployment, for example, which had often lasted a very long time – and it would be hard to do this.

But ensuring all staff get leave may be a challenge. Caroline Docking, assistant chief executive and director of communications and engagement at Newcastle Hospitals Foundation Trust, said the trust had encouraged people to take rest when they could and had changed rules to enable this.

She felt central dictats over how this happened would be the wrong thing to do – “we do need to trust our frontline managers,” she said, “When people are empowered to make their own decisions they tend to make the right ones.” Senior leaders, who had worked tirelessly during the pandemic, were also modelling taking a break.

Dr Gordon said that many staff felt “morally obliged” not to take leave and needed encouragement, but when they did take some time off, they felt much better. The trust had made it explicit that the priority was rest and then recover, he said.

However, getting on board the message that leave should be taken across an organisation is not always easy. Ms Coghill suggested some people would continue doing what they believed senior leaders wanted them to do even if it was at odds with what was written down.

And senior leaders are not always the best people at setting a good example of taking care of themselves, she added: some of them had not had any leave since the pandemic started and those that had often spent much of the time on the laptop or phone. “They are not looking after themselves and people can see that…. what’s the message being sent?” she said.

But it is not just a matter of taking leave which is owed. Moving forward, the NHS needs to improve wellbeing for people while they are at work and avoid burnout. The IHI has done a great deal of work in this area. Vice-president Pedro Delgado said there were two questions for staff which teams within organisations should commit to asking regularly: “What are the pebbles in your shoes and what matters to you?” Asking these regularly with a focus on learning and continuous improvement could go a long way to improving wellbeing.

He cited the example of East London Foundation Trust which, when it found out many staff were struggling with home schooling, had put on lessons itself.

Mr McLellan asked whether an organisation should aim to raise the standards of wellbeing for all through universal approaches or to take a more targeted approach for those groups who are not thriving.

Ms Coghill said that most people in the NHS did not understand what equity was, although achieving equality had been a mission for many years, “We want everything to be the same for everybody.” But people came from different places – including some who were way behind the curve.

But with over a million staff, improvements in their wellbeing meant the NHS could have a wider impact on society’s wellbeing, Mr Delgado said.

Viewers who registered to view live can access the on demand version here.