Employee wellbeing: How can the NHS support staff through peak demand, and develop a resilient workforce during times of stress?

An HSJ webinar, held in association with SAP, delves into how reliably supporting wellbeing across the workforce is a multi-faceted challenge. Claire Read reports 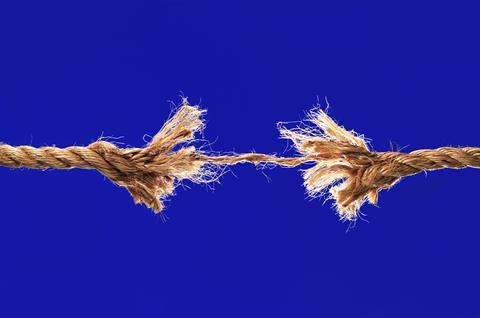 Neil Greenberg has a simple way of summing up the mental wellbeing of NHS staff as we near two years since the start of the pandemic.

“If you look at the mental health of the NHS workforce compared to the general population, you find that they are generally more stressed, more depressed and more traumatised,” says the professor of defence mental health at King’s College London.

But this doesn’t mean, he says, that mainstream newspaper headlines mentioning a “tsunami” or “ticking time bomb” of mental illness are necessarily proportionate.

“We know in the English population about 4.5 per cent of the general population have post-traumatic stress disorder at any one point in time. It’s about double that rate in the NHS workforce. So that’s important, but it still means that 90 per cent don’t. We have to keep that in mind.”

In other words, while everyone in the NHS will have experienced extreme stress over the past 18 months, not everyone will have responded in the same way. It means that reliably supporting wellbeing across a workforce is a multi-faceted challenge, and it’s one that a recent HSJ webinar was convened to consider.

Professor Greenberg, who is also chair of the Royal College of Psychiatrists’ occupational psychiatry special interest group, was one of the panellists for the event. Held in association with SAP, there was one question at the centre of the discussion: how might the service support staff through the extreme demands still being experienced?

Coppelia Rose summed up the nature of the challenge. “Healthcare is an industry that is very high pressure at the best of times and we’ve now got [staff] working in very difficult conditions,” said Ms Rose, global SAP healthcare and life sciences leader at DXC Technology.

“One of the use cases we found last year was nurses in New York wished that they could talk to nurses in Italy, when the pandemic was ramping up”

While this context is incredibly difficult for individuals, it also presents possible consequences for the workforce in a broader sense. “[The stress] is causing a lot of people to rethink their work situations, rethink their vocation,” said Ms Rose. “It’s going to create staff shortages, and staff shortages were a pre-existing condition to the health sector before the pandemic.”

So how can the NHS best support staff at all levels, and with varying needs? For Professor Greenberg, a crucial first step is to equip all leaders to be able to have what he terms “psychologically-savvy chats”.

“We have developed a very brief training package that gives a set of tools that enables people to have one of these conversations.

“So for instance you start off by saying to someone: ‘How are you doing?’ and they say: ’I’m fine’. Well it could mean they’re OK, but it could mean a whole range of other things. So you might say something along the lines of: ‘Well I’m glad you’re doing OK, I have to say I’ve been finding the last few months a bit tough.’ Or you might say: ‘Well I’m glad you say you’re fine, I hope you don’t mind me saying, but actually I did notice that you spent an awful long time trying to do that task over there, that’s not really like you, I’ve noticed that something’s a bit off.’”

He said that through such conversations people feel better supported, but they also mean leaders are better equipped to be able to help their colleagues – which increases their own job satisfaction.

“We can do things such as saying at the beginning of a shift: ‘Sandra, Peter, as well as doing your job today, I want you to check in every hour with each other, have a two minute conversation every hour.’ Let’s not just say: ‘Do talk to each other,’ because everyone’s busy, there’s not enough time.”

The time challenge was one with which Ms Rose felt technology might be able to help. This might include using digital means to enable staff to immediately share how they are feeling.

“Real-time feedback is something that I think is really important from an organisational perspective, not just that employee engagement survey, but actually understanding if people are feeling safe in the workplace and being able to measure that stress and burnout as an organisation.”

Technology might also enable improved peer support, she suggested. “One of the use cases we found last year was nurses in New York wished that they could talk to nurses in Italy, when the pandemic was ramping up, and really get an understanding and just say: ‘Is it really that bad? How are you managing this? How are you coping?’

“That’s why we’ve developed some cross-boundary peer support and connection tools, so that people can speak to others in a very similar role, and understand what they’ve been through, and they can do it anonymously.”

And while the challenge of supporting wellbeing is a significant one, Professor Greenberg suggested that ultimately there was reason to feel positive about it. “Where staff report good leadership, good cohesion and good support options their mental health is better,” he said. “It does mean the efforts that NHS trusts have put into place over the last 18 months are likely to have made a difference because better support means better mental health.”

An on demand version of this webinar is available. If you had previously registered for the event, visit here and log in to view the recording.

If you haven’t already registered, visit here and complete the registration form at the bottom of the page. Once you’ve signed up, you’ll be sent details of how to access the recording.