Start a conversation with NHS staff and patients to drive change

Crowdsourcing provides the NHS with a powerful means of driving change from the ground up. Matthew Shelley reports 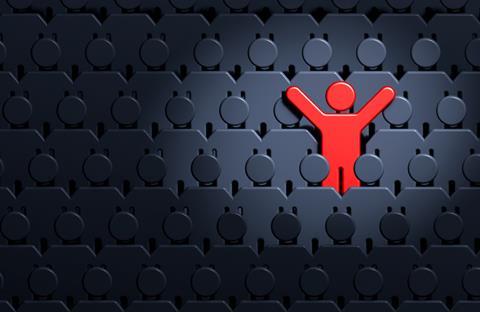 Man in spotlight standing out from crowd

The use of web based technology to gather ideas and promote discussion has many advantages over traditional approaches to consultation, and it is already bearing fruit in the health service.

According to its growing number of advocates, crowdsourcing is rapidly emerging as a powerful means for the NHS to deliver bottom-up change.

Dorset HealthCare University Foundation Trust, for example, is currently piloting and implementing a series of significant improvements as a result of its i-matter innovation platform.

These include an effective new approach allowing patients in the community to monitor themselves for signs of pressure ulcers using short handled mirrors that let them see every part of their body.

Kate Hardy, the trust’s business and project manager (innovation), says it is a simple idea, with potentially far reaching benefits. “The piloting is going well,” she says. “We give patients mirrors and booklets with pictures so they can watch for changes and report them to a community nurse.”

Effective prevention of pressure ulcers is obviously good for patients, but it also offers financial value. Pressure ulcer treatment costs an average of £4,638 per patient and puts an annual burden on the NHS of between £1.4bn and £2.1bn.

But the i-matters project, which uses the Crowdicity platform, is proving its worth in a variety of other ways too, including creating a common culture – something that can be a real challenge as the NHS continues to develop and change.

“The trust was created by a merger of three other organisations in 2011” explains Ms Hardy. “They all had different cultures and some were more open to innovation than others.”

More on the Change Challenge

“The i-matter project was part of a wider drive to create an innovation culture and to help create a single organisation. It launched in 2012 with the aim of engaging staff from all across the trust and giving them the chance to have their voices heard.”

And it is the “being heard” part which is one of the big attractions. An electronic system can ensure ideas reach the right people without getting lost.

Beyond that it provides a mechanism for feedback so people know what has become of their suggestion – if it is been taken up and if not, why.

The pressure ulcer monitoring idea followed an invitation to staff to come up with ideas that would make a difference. Staff support and £1,000 was also on offer to encourage them to get involved. They then voted on the ones they liked best.

‘Crowdsourcing also allows people to come together with their own initiatives’

Other winning ideas resulted in the establishment of an early psychosis peer support group for 18-35 year-olds, and a video testimonial, currently being trialled by GPs, telling patients with chronic obstructive pulmonary disease about the benefits of the pulmonary rehab programme.

Crowdsourcing also allows people to come together with their own initiatives.

When a veteran working for the Dorset trust suggested that it made sense to have specific care packages for ex-servicemen and women he found that others agreed.

“People got to hear about this idea and started coming forward – often veterans or people with veterans in their own families,” says Ms Hardy. “So they got together and created a strategy for veterans and their families.”

Dorset regards what it has achieved so far as just the beginning and hopes to see i-matter become fundamental to the way the trust achieves improvement.

“What we’ve found is that innovation is often sparked by exchanges and engagement rather than just having an idea and putting it up there,” says Ms Hardy.

“We need to develop the platform for the future and have more sharing of information so it becomes more like social media.”

Among the companies helping the NHS gain from crowdsourcing as a means of bottom-up change is Clever Together, whose managing director Peter Thomond believes there is huge mileage in “tapping the collective intelligence of staff”.

While there is sometimes a fear among management of what will happen if they let the democratic genie out of the bottle, the results are immensely positive.

“There’s often fear about what staff will say. But crowdsourcing is a conversation, it’s not mob rule. The findings suggest that around 80 per cent of the ideas put forward will be aligned with what the leadership wants or hopes to achieve.”

‘Crowdsourcing is a conversation, it’s not mob rule’

Indeed, research by Clever Together has shown just how much common ground there is in areas such as performance.

“Today’s staff don’t want underperformance to be ignored, they want it dealt with,” he explains.

“It’s no solution to get the people who always deliver to do yet more. You have to tackle the areas which aren’t performing. This is a huge mandate for management to make changes.”

In some industries crowdsourcing is a way of life, where the chief executive is happy to be in the mix, put forward suggestions and have discussions with any employee or intern.

The results can be astounding and it is not necessarily the number that matters.

Dr Thomond knows of one international company which asked a question of 20,000 staff.

“There are masses of cases where crowdsourcing can be applied. The skill comes in how you do it and making sure the approach gets the best possible buy in and addresses the right people,” he said.

It is early days for much of the NHS and care is often needed to ensure that crowdsourcing initiatives are tuned to the prevailing culture.

In some cases inviting people to contribute anonymously can be a way to overcome fears about blame culture and a powerful sense of hierarchy. They find anonymity doubles the number and raises the quality of contributions.

‘There are masses of cases where crowdsourcing can be applied. The skill comes in how you do it’

But the results can be worthwhile and swift. For example, a member of staff, who was being treated in Heart of England Foundation Trust’s radiology department, used its crowdsourcing platform to raise an issue of patient dignity.

Whichever way round patients wore their gowns they were left partially exposed and needed two of them to be fully covered.

Bethan Bishop, Heart of England’s head of innovation and industry engagement, who runs the trust’s We Think crowdsourcing system, says: “[The patient] raised it as a dignity issue but pointed out that she was going through up to a dozen [gowns] a week herself.”

The trust took the matter so seriously that it was prepared to consider reaching out to industry to get a new type of gown designed.

But thanks to the collective knowledge of trust staff, and detailed offline research, a suitable product was found already on the market – a three armed robe, which wraps round the entire body.

Ms Bishop says: “Crowdsourcing proved its worth because we got people talking and making suggestions. And even though each gown is a little more expensive we expect to save money because patients will no longer have to use two.”

We Think has developed organically and enables many people to contribute to change who were marginalised by traditional methods.

“The problem with organising things like workshops is that so few frontline staff have the time, they are too busy rushing around,” she says.

“But if you have something where they can just log in and spend 15 minutes looking and participating that opens it up to much wider engagement.”

“There were a lot of people out there already doing great things that could be shared and implemented straight away and lots of others with excellent ideas for how things could be done in future.”

A series of other crowdsourced suggestions are due to be adopted and the trust hopes that showing staff that their ideas make a real difference will further broaden participation.

Ultimately, the message from supporters of crowdsourcing, within the NHS and beyond, is clear: staff know how to do things better and should be central to the change process. If we fail to take advantage of this collective intelligence, we risk stagnation, and that is unthinkable.