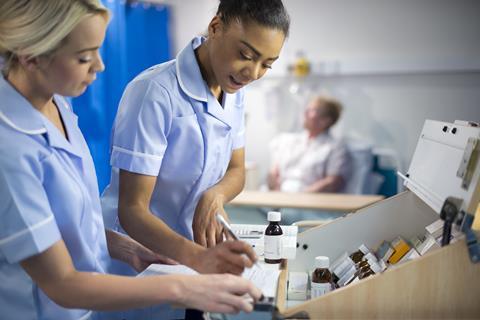 The NHS long-term plan highlights nursing shortages as a major stumbling block to achieving its objectives.

This begs an obvious question: why is the country not ramping up its supply of new graduate nurses given that there around 40,000 registered nurse vacancies, an ageing nursing workforce and a marked recent drop in inflow of EU nurses?

One of the recurring problems at national policy level when facing these issues is that the main influencers on the size and shape of the UK nurse labour market – government departments (notably Department of Health and Social Care, the Treasury and the Home office), regulators, educators, employers and professional associations – have rarely agreed on problem definition, let alone been able to work together in concord to implement solutions.

This week the Health Foundation launched its annual workforce report highlighting key staff shortages and specific ‘pressure points’ across the NHS. Here we will focus on just one contentious policy change covered in the report – the shift from a bursary, to a loan funding model for nursing education in England.

However, we stress that a serious effort to fix the nursing shortage will require coordinated policy intervention across the whole of the nurse career cycle. This covers the period from entry, to education, through registration, to practice, and on through career breaks and career changes, to final retirement.

To begin at the beginning of the nurse career cycle, the recent evidence on applications to nursing degrees in England is not encouraging.

Our analysis of UCAS data shows that there is absolutely no evidence that the change from a student bursary to student loan system in England has had any significant positive effect on applicant or acceptance numbers.

England is the only one of the four UK countries that has ended the student nurse bursary – Northern Ireland, Scotland and Wales have all retained some form of bursary-funded model for pre-registration nurse education. Comparison across the UK countries helps give some insight into what is happening in England.

England is the only one of the four UK countries that has ended the student nurse bursary – Northern Ireland, Scotland and Wales have all retained some form of bursary-funded model for pre-registration nurse education

Statistics from the end of June 2018 deadline in the university application cycle showed an overall decline of 9 per cent in applicants for nursing degree courses across the UK, compared with the same point in 2017.

In England, the number of applicants for nursing courses dropped by 12 per cent. There was a smaller reduction in applicants from Northern Ireland (down 7 per cent) but increases of 1 per cent and 2 per cent in Wales and Scotland respectively – it should be noted that the January 2019 data on applicants is about 3 per cent up on the same point in 2018, with increases in all UK countries, suggesting that the final applicant number in the 2019 cycle will be higher than 2018.

The pattern of applications gives some insight as a loose measure of the demand for nurse education. Analysis of “acceptances” tells us much more about how many places the education system has decided to provide.

The shift to loans was based on the argument that the lifting of the cap on student numbers would encourage an increase. The Council of Deans, representing university nursing departments, was supportive of the change.

Acceptance data is therefore the critical metric of change. It shows that the number of students living in England who have been placed on nursing degree courses in the UK in 2018 has dropped to its lowest level (20,250) since 2013.

Acceptance data shows that the number of students living in England who have been placed on nursing degree courses in the UK in 2018 has dropped to its lowest level (20,250) since 2013

This represents a fall of 8 per cent since 2016, the last year when new nursing students were eligible for NHS bursary funding. Reductions in the number of students placed from England contrasts with increases in those from Wales (5 per cent) and Scotland (4 per cent) which have both reached all-time highs.

In 2017, the fall in nursing student intakes in England might have been attributed, in part, to confusion surrounding the change in funding arrangements. In 2018, the inescapable conclusion is that changing arrangements, combined with a dip in the population of 18-year-olds, has resulted in a drop in the number of nursing students, rather than the expected increase.

It’s the fall in acceptances that is the most worrying. Applications continue to exceed acceptances, which point to system issues and the impact of policy decisions as the root problems rather than external labour market dynamics.

The long-term plan highlights this issue, noting that this represents a lost potential but it is also important to note that the size of the ‘gap’ varies markedly between different undergraduate specialisms – for example, courses in learning disabilities struggle to fill places, in comparison to children’s nursing.

Another related factor is the dropout rate of student nurses before graduation. Working with Nursing Standard magazine last year we used Freedom of Information requests to obtain data from 55 of the total 74 UK universities offering nursing degrees.

The analysis showed that 24 per cent of the 16,544 UK nursing students who began degrees due to finish in 2017, left their courses early or suspended their studies. This national attrition rate has not changed markedly since 2008 – there appears to have been no sustained improvement.

There has been no scale-up of education capacity to enable the promised growth in new students – this is in part about limited funding to increase tutor numbers and a need to improve availability of clinical placements.

The shift from bursary has compounded the problem but England has not invested sufficiently in its own education capacity, irrespective of what funding modality is in place.

OECD data highlights that the UK annual graduation rate is only 30 “new” nurses per 100,000 inhabitants, compared to 62 in the USA and 82 in Australia. These countries have variants on loan-based education systems – but also significantly higher earnings potential for nurses than the UK.

It is, however, important not to focus narrowly on the impact of any one policy change or labour market shift in addressing the undersupply of new nurses in England. The shift to student nurse loans is not the main cause of current shortages, nor can it be the only solution.