Reverse mentoring builds a bridge with the key protagonists – the senior white leaders who make culture happen within our NHS. By Ali Raza, Kiki Onyesoh and Paul Trower

The concept of reverse mentoring is very topical and gaining considerable traction and attention amongst equality and diversity activists within the public sector. A recent article, for example, noted how an NHS trust was rated outstanding in part due to its adoption of reverse mentoring for its senior leaders.1

As two former participants on a reverse mentoring programme within our trust, we’d like to add our voice to the fray and explore some salient themes which emerged. We are both black and minority ethnic staff and felt the reverse mentoring programme would present a rare opportunity to influence and support a senior white leader within our organisation.

Driven by a sense of duty, our desire to represent the BME experience was further kindled when it occurred to us that mentoring a senior leader can seem daunting to some.

Being perceptive to our mentee (the director of engineering at the trust), we agreed our first goal was to seek to establish trust and a rapport. In our first meeting, we narrated ground rules, including abiding by confidentiality and treating our mentee’s exchanges with sensitivity.

After the initial introduction and light-hearted exchanges, we explained our shared objective to support our mentee as a critical friend. Our mentee’s quote below captures the spirit of our reverse mentoring relationship.

“Within this programme, you both have allowed me to question what I do and how it impacts on others in a safe and open environment. You’ve questioned things, not looking to trip me up but in a very positive approach.” 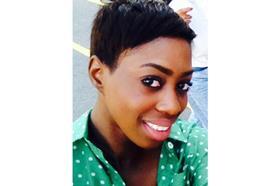 We were particularly keen to explore our mentee’s comment about “not looking to trip him up”. When asked about this, our mentee commented as below.

“I didn’t feel you had an agenda, ulterior motives, nor an axe to grind. You made me feel part of a joined-up process designed for all three of us to develop, learn and educate each other.”

This freedom to express himself openly lent the relationship a level of candour needed for it to thrive. Having nurtured a feeling of “psychological safety”, we began to explore some serious themes with our mentee.

These ranged from his departmental recruitment and internal promotion practices to his views on BME awards, trust board-level staff targets and potential barriers for women joining the trust engineering team.

We were vigilant for signs of “white fragility” ie a white person’s dismissiveness or deflection in the face of facts about race inequality, which the exchanges appeared not to be hampered by. For example, when asked about his views on quotas for BME staff within certain salary brackets (given a trust statistic that BME staff are half as likely to be promoted as white staff), his forthrightness shone through:

“If a black and minority ethnic staff member doesn’t get promoted in my department, I’m confident to defend the decision against any accusation of racism. We have steps in place to ensure fairness such as diverse panels and the diversity within our team, particularly at senior level, palpably shows this commitment. Also, I explain why someone hasn’t got the job and promote people on merit, upskilling staff to equip them for their next application. 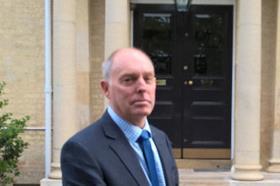 Aside from conducting one-to-one semi-structured interviews, which gave us rich qualitative feedback as above, we also observed our mentee working with his team. This approach has a leaning towards ethnography, which simply means observing the mentee’s behaviour live in their own milieu.2

The benefit of this is that we got to assess the congruence between what our mentee told us in private and how they acted in public. For example, our mentee had once described his occasional use of off-colour humour, viewed as off-putting by some.

We didn’t detect this but noted some positive findings eg praising his staff in public, the use of gender-inclusive phrases and positive body language with BME staff. This was fed back to our mentee in the hope of reinforcing these attitudes and behaviours.

When the topic of women in engineering came up, our mentee was clear about the role he felt society had to play in widening the talent pool of women in science, technology, engineering and maths based vocations, which has no doubt inspired his outreach activities in local schools.

What struck us most was his firm belief in the power of role-models. His department has recently recruited a trans staff member to the senior team, which our mentee exuded confidence in as a beacon of progress.

“I feel having a trans team member in the senior team at one of the biggest NHS trusts in the country will have a profound impact on the youth of this country.”

The programme left us with a sense of fulfilment as we felt empowered to freely explore a number of important themes through our interviews and observe our mentee in team meetings with unfettered access. Our mentee reaped rewards too as his remarks illustrate.

“I relish the authenticity brought by the views of two black and minority ethnic staff from outside my department. You explained clearly what I did well, giving me the confidence to continue. You also put other areas of practice on my radar, which I now think more critically about.”

The road to BME staff empowerment is a marathon distance, but a vital leg of the journey is an ongoing conversation between the organisation’s staff and its leaders. Reverse mentoring builds a bridge with the key protagonists in this story, the senior white leaders who make culture happen within our NHS.

It is only by traversing the “snowy white peaks” of the NHS that we can truly understand how to navigate the landscape to find greener pastures.

The authors would like to thank Manal Sadik, associate director for equality, diversity & inclusion at Guy’s and St Thomas’ Foundation Trust, for sponsoring the reverse mentoring programme and for giving us the opportunity to partake in the programme.

The authors would like to thank Dale Vaughan (the mentee), director of engineering at Guy’s and St Thomas’ FT, for his candid feedback on the programme and the permission to share excerpts of this in the article.