What defines a great patient leader?

The term patient leader is used frequently, but often too freely without thought as to what it means. Creating a good definition was crucial in judging this inaugural list, writes Adele Waters

Each time HSJ publishes a supplement celebrating a particular group of individuals, we carefully debate the criteria for inclusion within it. We develop a clear picture of the people, skills, qualities and qualifications we want to celebrate. 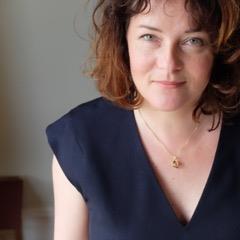 These debates are always involved and interesting, but perhaps none more so than the one which preceded this, our inaugural celebration of patient leaders.

In recent years, a number of factors have converged to fundamentally change the role of patients in the healthcare system. Most notably, the greater availability of information and data has transformed many patients and carers from passive recipients of care to active participants. Patient and public involvement has, rightly, become regarded as essential to good healthcare services – not only in the care of an individual, but in the design of services more broadly.

We were very clear that we wanted to celebrate this change, and the idea of this supplement was quickly born. Patient leadership is something worthy of promotion and recognition.

“Ultimately, our judges agreed that they were primarily seeking individuals whose experience of care had shaped their leadership in a fundamental way”

When we developed the judging criteria, however, a key challenge emerged. What, exactly, is a patient leader? The term is used frequently, but often too freely and without any great thought as to what it means. Ultimately, our judges agreed that they were primarily seeking individuals whose experience of care had shaped their leadership in a fundamental way.

That sometimes ruled out influential and important individuals – chief executives of charities being the most obvious. But it is a choice which has given us a list of 50 outstanding individuals whose personal experiences have led them to instigate change. Their involvement in shaping healthcare has not been a box ticking exercise, and their personal qualities and courage mean they make clear patient participation is not an add on but an essential. That is exactly what we wanted to celebrate.

How HSJ Patient Leaders is judged

In its inaugural year, HSJ’s Patient Leaders aims to recognise the full breadth of patients’ and citizens’ roles in healthcare. That encompasses individuals shaping national policy and those making waves through their involvement in their own care.

Our long list was created during April and May, with nominations invited via hsj.co.uk and Twitter. We sought people whose leadership has been specifically shaped and informed by their own experience of care, either directly, as a patient, or indirectly, as a carer. Our judges reviewed the list and added their suggestions, deciding on the final 50 at a judging evening held in mid-May.

Judges considered the following criteria in coming to their decisions: