As trusts move towards having electronic patient records, the challenge concerns people as much as technology. Barack Obama’s health technology guru Bryan Sivak tells James Illman what to expect and aim for 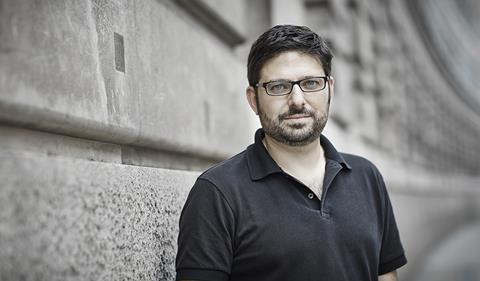 Change management projects do not get much bigger, more complicated or important than plans in both the US and the UK to introduce electronic patient records systems.

One man who knows more about this than most is Bryan Sivak, Barack Obama’s top health technology official who has a long track record in public service IT projects in the US. He argues that changing the culture remains as big a challenge as the technology itself and sees a role for small and medium-sized enterprises – in which the UK is particularly rich – when it comes to radically shaking up the market.

Despite the differences between the publicly funded NHS and the insurance-based US healthcare system, Mr Sivak argues that the two systems both struggle with the same macro-level issues: people are living longer with increasingly complex long term conditions and appetite for pumping more money into the system is diminishing.

This conundrum leaves both striving for the same panacea: to deliver better clinical outcomes at lower costs. There is trans-Atlantic consensus that meeting this challenge requires electronic patient records.

Better patient data and records that can be shared between different care providers will deliver better outcomes and safer care, while the drive away from paper will deliver long term savings, says the orthodox thinking on both sides of the pond. Moreover, allowing people to have full access to their records is not only fair but will also empower patients and drive better health outcomes.

‘Ripping up the orthodox paper-based systems, to which clinicians are accustomed, and replacing them with digital systems has proven challenging’

The theory is simple but the implementation is fiendishly complex. Ripping up the orthodox paper based systems, to which clinicians have become accustomed, and replacing them with digital systems, which often suffer all manner of implementation issues, has proven challenging.

There is the commercial issue and, here, the US and UK share more common ground. This year both NHS England and its
US counterparts have been developing an agreed common standard of certification for health companies to make it easier for them to access both markets. It is hoped the agreement will be rubber stamped at the G8 meeting in November and officials on both sides are confident it will be a shot in the arm for SMEs.

On first impression, Mr Sivak appears to conform to the stereotypical appearance of his previous life. Dressed in a black polo shirt, jeans and casual shoes with a neatly trimmed beard and media-chic glasses, he looks every bit the Silicon Valley tech entrepreneur rather than a civil servant. Impressions can, of course, be deceiving. It turns out his casual attire is accident rather than design, following a luggage mix-up that has left him in his travelling clothes for longer than he would like.

Despite the airline’s luggage blunder, a hideously delayed flight and being very short on sleep, the chief technology officer at the US Department of Health and Human Services (HHS) is in good spirits.

Mr Sivak leads the federal efforts to drive up the adoption of technology across the US health economy - now worth a staggering estimated $2.8tr (£1.8tr). This began, he says, in 2005 with the creation of the Office of the National Coordinator for Health Information Technology, which was set up to investigate why health providers were not adopting technology to the same extent as other industries and sectors.

As part of funding released by the American Recovery and Reinvestment Act (2009), which was passed by the US Congress after the downturn, around £2bn was given to the ONC to focus on building health information exchange technologies in regions.

An additional £19bn was given to the Centers for Medicare and Medicaid Services (CMS), the federal agency that oversees the national health social insurance programme, to incentivise the adoption and “meaningful use” of health IT in clinical care.

‘The US is not designed to provide incentives for people to work together. In fact, it’s designed in the opposite way’

The programme has not been without progress - statistically at least. Adoption of electronic medical records has risen from 20 per cent of hospitals in 2009, to more than 85 per cent of those participating in the incentive programmes by March 2013, according to CMS data.

The number of hospitals using systems with specified advanced functionalities that go beyond the requirements of “meaningful use stage 1” (to receive incentive payments) more than quadrupled from 9.4 per cent to 44 per cent between 2008 and 2012.

“If you look at adoption as a metric, it’s gone off the scale,” says Mr Sivak. But he’s under no illusions: in terms of the digital journey and achieving the long term aims, the US is only “at the tip of the iceberg”.

A major issue presenting itself in both the US and the UK is the lack of interoperability - the ability of systems to talk to one and other, whether this occurs within an institution or between them. Mr Sivak says: “Right now none of the systems talk to each other.

“It’s interesting because the healthcare system in the US is not designed to provide incentives for people to work together. In fact, it’s designed in the opposite way - it incentivises non-interoperability.

“If you are a provider and you don’t know that a procedure has been performed before at a different hospital or doctor, you get to do it again and you get to charge for it.”

Despite the system’s perverse incentives, vendors - in public - are keen to stress they are willing to progress this agenda.

‘You are going to have a lot of very large, very embedded technologies that will have a very difficult time shifting their business model to this new style’

In the NHS, small pockets of innovation supported by the NHS Interoperability Toolkit have driven point solutions such as electronic discharge summaries delivered directly from hospitals to GP surgeries. But news last month that efforts between contractors TPP and Emis - both major providers of GP systems in the UK - to broker an information sharing deal had collapsed is indicative of the scale of this challenge.

Mr Sivak’s suitcase malfunction may explain why he still looks like a tech entrepreneur but his answer to the interoperability conundrum is the clearest indication that a Silicon Valley philosophy still underpins much of his thinking.

The health technology market, he says, is a “perfect example” of Harvard Business School professor Clayton Christensen’s disruptive innovation theory. This describes the process by which a technology or service initially takes root at the bottom of the market and moves up the chain until it eventually displaces established competitors.

To date, the market leaders in providing electronic record systems for acute providers, like Epic and Cerner, have built all-in-one, onsite systems that are licensed specifically for that user, says Mr Sivak. The advent of cloud computing, which involves resources being retrieved from the internet through web based tools and applications rather than a direct connection to a server, is threatening to disturb this orthodox delivery model.

Potentially better, cheaper and more flexible solutions are increasingly available on a best of breed basis, whereby providers can pick and choose between different providers for specific applications.

‘There is no better time to be a health tech entrepreneur. If you have an idea, do it now’

“The cloud cuts down on the amount of customisation but it rapidly increases the ability to implement new features. It decreases the costs of any one given implementation because it makes them more ‘cookie cutter’,” Mr Sivak explains.

He predicts a substantial shift in the market over the next five years.

His sense is that leading vendors are becoming more open to their products being interoperable with those of rivals because they realise “the system is changing and the people that change quickest are going to win”. All this adds up to a golden opportunity for SMEs.

“There is no better time to be a health tech entrepreneur. If you have an idea, do it now,” Mr Sivak says.

This development is arguably where the NHS can learn some potentially game-changing lessons from its US counterparts. Care providers on both sides of the Atlantic have often found themselves committing to multimillion-pound contracts with orthodox system providers offered by existing market leading IT vendors - contracts that, according to Mr Sivak, are potentially “difficult to get out of. If you want to upgrade it costs lots of money and takes years to implement something by which point you need to do the next [upgrade],” he says.

Another crucial lesson is around the ownership of data, with Mr Sivak stressing it is critical that providers ensure their data is “portable” and they do not become “locked in” to any one system.

He adds a caveat that there are scenarios when a traditional procurement is the right fit - but trusts should make outcomes the starting point and work backwards from there. He says: “What the NHS and HHS should be concerned about is outcomes and our costs of care. We know that with the appropriate use of health information technology we can achieve both of those goals but again, going back to the culture thing, you almost need to leave it up to the individual provider to say: ‘What is the right system for us to generate the right outcomes?’”

It is a lesson NHS England seems to have learned. Safer Hospitals, Safer Wards: Achieving an Integrated Clinical Care Record, published this summer, highlights the pros and cons of the best of breed approach versus the single system.

While the former may be more flexible and less disruptive, as modules can be added one by one without upsetting other clinical applications, single solutions - as long as they support open standards for interoperability and are underpinned by the NHS Number as primary identifier - are often simpler to manage and administer from a technical perspective and provide interoperability as standard.

With the “interoperability” caveat, NHS England remains agnostic on which approach trusts should use, saying: “The primary driver for whatever approach is chosen to create the technology stack must be clinician ownership and buy-in. If the doctors and nurses won’t use it, then it doesn’t matter what technical functionality and capability has been introduced.” The organisation is, however, keen
to see NHS trusts exploring open software solutions.

Regardless of the merits of either best of breed and single systems, neither will succeed unless there is a culture in which healthcare leaders – both clinicians and senior managers - are prepared to embrace technology. For Mr Sivak this is the biggest challenge of all.

If we were pushed to summarise his wisdom into one sentence, it would be this: “It’s the culture, stupid”.