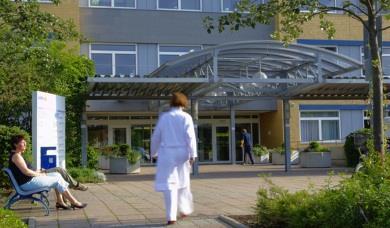 Given the recent, well publicised problems that have dogged the private takeover of one NHS hospital, you would expect someone extolling the virtues of such a model to meet with scepticism.

But within Sir David Dalton’s report on new opportunities for providers of NHS care, published in December, is a case study of one organisation that has made private involvement work in Germany and Austria.

AMEOS Group, which was set up in 2002 in Zurich by physician Axel Paeger, has steadily brokered deals with regional authorities to take over failing public hospitals, reorganise them and make them financially sustainable, while delivering high standards of care across a broad range of disciplines.

Today, the group operates around 8,000 beds in 68 healthcare facilities, including hospitals, mental health and elderly care units, and more than 12,400 staff.

Its hospitals are private for profit but, says Dr Paeger, they retain a public sector ethos and feel. They predominantly treat those patients funded through the state insurance system.

Dr Paeger qualified in medicine in 1991 and worked first as a clinician. Like many young doctors, it appears he sometimes resented the long hours. But more importantly, he saw a system that was inefficient and could be improved.

“There are countless examples of how we waste physicians’ time and anyone who works in a hospital knows them,” he says.

“The crucial point is that hospitals are organised in ways that are inefficient, waste physicians’ time and cause long working hours that make doctors unhappy.”

Dr Paeger wanted to change things and realised he would need to move into medical management to do so.

“I just thought that sitting within the hierarchy would not enable me to change anything,” he says. “I believed I needed to get out of clinical practice and move myself to a different position, if I was to make necessary changes.”

He joined the board of Pacific Health Corporation in Los Angeles and worked as a partner for Health Care Consultancy in Cleveland, Ohio, before returning to Germany to become chief managing officer of Asklepios Kliniken Group.

Along the way, he completed an MBA. Then, in 2001, having reached his mid thirties, the words of his professor rang loud in his ears: “He had said if you’re 40 and not yet self-employed, you will not do
it.

“I thought about that and, in 2002-03, I decided I wanted to try it out so I started up a hospital corporation.”

How does one go about it? Dr Paeger jokes: “I went to the notary and said, ‘I want to start a hospital corporation’.” More seriously, he looked at the market in which publicly funded hospitals, labouring under a huge burden of debt, were beginning to fail financially.

“Counties were looking for somebody who would take over the debt and the risk, and continue to deliver patient care for the population,” he says.

He set about developing a business plan and, without external capital, took on his first hospital and its huge debt. It was a success: AMEOS has gone from strength to strength and is now the fourth largest hospital group in Germany.

“The core concept was a structured business plan for a 400 bed hospital to be turned around. It is a concept we have now used a number of times,” he says. In essence, it described what a typical hospital should look like.

So this is the “typical” AMEOS hospital: a mid size hospital of about 400 beds with a mix of the average disciplines that are needed in any region (such as internal medicine, surgery, an emergency unit, orthopaedics, maternity, urology and ear, nose and throat). It sounds remarkably like a typical NHS district general hospital.

“Yes, exactly,” says Dr Paeger. “We would only take on smaller hospitals if we could partner them with existing AMEOS hospitals in the same region,” he adds.

The turnaround plan was made up of one big idea and a series of smaller ideas aimed at making hospitals more efficient and productive, while driving up quality.

“First, you have to make sure the hospital offers the services that are really needed by the population or demanded by the patients,” explains Dr Paeger.

“[For example,] in 2012 we took over four hospitals in one county in Germany. In all four the heads of departments of internal medicine were gastroenterologists. Cardiology was not covered in the region.

“That is what we frequently find: that the services in a region do not fulfil the real needs.”

This, then, is the core competency: finding out what the needs are by using data, and then reformatting the disciplines and departments according to those needs.

“It hardly ever means that we close something down,” explains Dr Paeger. “But certain departments get more volume, or we make investments to build up a department or install a department.

“Sometimes it is a case of changing the existing department in order to adapt the diagnoses that can be treated to the real needs. Less frequently, it is reducing the volume or certain diagnoses in certain departments.”

This is not a quick win solution. For that, Dr Paeger looks to reduce procurement costs. AMEOS, he says, has been more agile in procurement than the public sector.

The group sets out a tender and invites the top three to compete against each other. Typically, this results in savings of about 10 per cent on the original best offer.

He argues that this approach is entirely acceptable under public tendering rules, as long as the process is set out in the original tender.

“It’s a mentality difference,” he says. “Sometimes we have arguments with the public sector, who say they have to follow the law, so [the private sector does] better.

“But that’s not true because in many instances we also have to follow public tender law.”

The third element is looking at personnel cost reduction. This is a slow return, as labour laws and contracts mean that AMEOS is not allowed to shed personnel for several years following any takeover.

In addition, says Dr Paeger, “As a corporate principle, we do not lay off employees. This way we have proven our social responsibility and… achieved a very positive image when politicians look for someone to take over their hospitals.” That is not to say all staff stay on exactly as before.

“We need to change the thinking of the personnel about their work,” he says. “To do that you need projects, and implementation of those projects. This goes hand in hand with the service reorganisation.”

AMEOS also looks at salaries, introduces performance rewards and eliminates longstanding practice sector pay policies that mean. For example, a 50-year-old nurse who has worked in the same job for 30 years can earn more than a younger ward sister.

“We need to change the thinking of the personnel about their work. To do that you need projects, and implementation of those projects”

“We believe that this is a disturbing phenomenon. A boss cannot earn less,” says Dr Paeger.

The other constraint on reducing personnel costs is the German diagnosis related group tariff system, to which AMEOS must adhere.

“Our aim is, in most cases, to get our daily practice as close as possible to the [diagnosis related group] calculation,” he says. “It is not always possible and, in the majority of cases where it is not possible, it is because of poor performance, in which case process improvement is needed.”

So is this the bottleneck in reducing personnel costs?

“It’s only if processes are improved that we can get to the staffing that’s actually needed by the DRG system,” he says. In practice, staff who might initially be deemed “superfluous” end up being absorbed in the reorganisation process.

“We took over one hospital in 2004 with 750 employees. From 2004 to 2009 we were working on the reorganisation and process improvement, and by 2014 we had 850 employees because services were redesigned and new services built up,” Dr Paeger says. The same is true of most hospitals now run by AMEOS.

Process improvement itself follows well trodden pathways of engaging with all professional groups, exchanging ideas, developing them and communicating clearly what is happening, before embarking on change with continuous monitoring.

There is no magic to AMEOS’s approach, says Dr Paeger: “We are cooking with water, like everybody else. It is not always the same in every hospital, but there is a very profound process of communication and gaining consensus that takes a few months.

“We believe we save time by putting in the effort at the start.”

It is not always easy. In one region AMEOS wanted to develop cardiac catheter labs. Dr Paeger says both local politicians and doctors were against it; the politicians because it would stimulate a demand that could not be met, and the doctors because they felt threatened.

Neither the health economic impact assessments nor the assurance that the hospital would retain other medical specialties cut any ice.

With some internal support, the labs opened and have been accepted. The region – which had the lowest level of cardiac care in the country – now has comparable services to elsewhere.

Today, AMEOS is a big player in German healthcare, where large hospital groups now make up 20 per cent of the market. The group recently restructured into four regions, each with an independent management team. It continues to grow.

Has being the boss enabled Dr Paeger to deliver the changes he wanted as a young physician?

“To some degree,” he says. The European Working Time Directive has focused minds, he adds, and certainly AMEOS is a long way from perfection. “We are not at the end but we believe in continuous process improvement,” Dr Paeger says.

‘We are not cold acquisitors. We would want to make sure the necessary political discussions have taken place’

With many NHS hospitals showing similar characteristics to the German hospitals AMEOS has taken over, does he have his eye on the UK? In a word: yes.

“When the NHS says we have a problem with heart operations and need somebody to deliver 500 operations over five years, such a temporary or specialist thing is not something we would be aiming for,” says Dr Paeger.

“But if, for example, an NHS trust would say, ‘we would like to hand over the hospital for 10 years to a private provider, with an option to give it another 10 years if successful’, that would be something we would be interested in.”

NHS district general hospitals share many of the characteristics of the hospitals taken over by AMEOS in Germany and Austria. They are, says Dr Paeger, a “useful size” and the typical NHS hospital is “good and interesting” for the AMEOS proposition.

AMEOS is understood to not be currently talking to politicians – the group’s style makes it more likely to wait for an approach.

“We are not cold acquisitors,” he says. “We would want to make sure the necessary political discussions have taken place but then be clearly ready and interested to participate.”

So with the review of NHS providers now under way and all options open, things may yet come full circle.