1
‘There are so many channels, each one can have a role’
Delivering Change

The NHS needs to move further into the digital age and take advantage of the many ways it can effectively engage the public, advertising agency chief executive Russ Lidstone tells Alison Moore 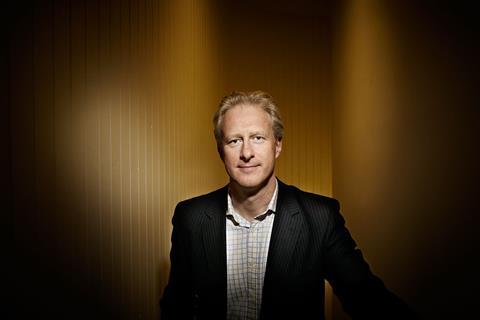 Sometimes the world of new media can seem baffling in its opportunities and pitfalls − especially to those the wrong side of 35. The NHS has often been slow to take advantage of the different ways it can interact with the public and patients − texting to remind patients of an appointment is still thought of as cutting edge. So are there lessons it can learn from other sectors?

‘What we see increasingly is a phenomenal trend in terms of gamification - setting goals and objectives, makings things competitive and fun’

Russ Lidstone, chief executive of marketing and communications group Havas Worldwide London, thinks so. His company works with brands such as Durex, Dulux and Coca Cola, often using multichannel marketing to gain awareness and, ultimately, influence behaviour. And that multichannel approach is at the heart of his message that great marketing is about using the right channel to reach the right people at the right time.

“There are so many channels available that each one can have a role but there is not a limitless pot of money,” he says.

The NHS perhaps has a head start on many brands in that it is instantly recognised and hugely respected − the Olympic opening ceremony is proof of that. The NHS is one of “the most powerful brands in the world”, says Lidstone. But that brings its own challenge and a risk of people becoming over-reliant on, and using inappropriately, services such as accident and emergency.

One response to that could be to look at how different parts of the NHS are promoted and try to reposition them - for example, around the role of pharmacies. “The most powerful brands today are often curators of content on behalf of the customer… the NHS is still a respected curator of content,” he says.

Many brands have a very sophisticated understanding of their consumers’ journey and where and how to address them during that. He points to Dulux: it identifies repainting a room as a seven-year journey - from noticing it looks a little less than pristine, through the decisions about what to do and what paint to use, to actually painting it, using it and eventually doing it all again. This sort of journey offers multiple opportunities to talk to the consumer - or patient - in a targeted way.

“How do you talk to them at the right stages in the right ways, and what knowledge do they need at each stage to make the right choice?” Lidstone asks. Identifying this could be as important to the NHS as to paint manufacturers: people who think they may have a disease or condition could go through a “pre-contemplation” phase before deciding to go to the doctor, much in the same way a homeowner may contemplate what to do with a room before deciding to repaint. Targeted information at this stage can affect decisions - for example, whether to try a pharmacist or self-care first.

Understanding these trigger points is vital in effective marketing but could also be used to change behaviour. But this thinking is taking place in a changing world.

Whereas once marketing was about TV, print adverts and billboards, it has now partially moved online. The future is likely to be much more about mobile access as smartphone and tablets predominate.

It is also about what marketing companies call “trusting sideways”, says Lidstone - valuing the advice and recommendations of friends and people in a social network rather than those in “authority”. This is important with sites such as Mumsnet, whose users often seek advice from their peers.

There’s a tendency to think of government communications as a bit worthy and staid, but Russ Lidstone points to some successful campaigns that he believes have been effective.

Change4Life, for example, was admired in the marketing industry. Part of this was because, despite the subject, it did not pass judgement but understood the competing demands on its audience.

“If you get down to what makes a great communications approach for a brand, it is about providing something with a competitive perspective and understanding the pressures, be they from another brand or the pressure to eat pizza or have a salad,” he explains. “What is interesting about things like Change4Life or [drugs campaign] Frank is that they deliver content that is true to the audience.”

In Frank’s case, that meant distancing the message from the government. Its target audience was not going to respond to messages about illegal substances with the normal government branding so a sub-brand was created to deliver the message.

Another winner was the campaign on smoke alarms, which raised awareness not only of the importance of fitting one in the home, but also of regular testing to ensure it continued to work.

“There was no legislative change to impact on how consumers behaved, whereas smoking and seat belt changes often had legislative underpinning,” Mr Lidstone says.

Outside government, there have been success stories with campaigns like the British Heart Foundation’s recent Hands-Only CPR with Vinnie Jones. This included TV ads, online testimonials from survivors and a Twitter presence, which “demonstrate some of the quality of behaviour-change campaigns within a multichannel environment.”

Looking further back, Mr Lidstone points out the success of mnemonic campaigns, which made them easy to remember - Clunk Click Every Trip for seatbelts, and the Australian Slip-Slop-Slap skin cancer campaign. FACE - the stroke campaign - is also memorable.

Bloggers are also influential opinion-formers. However using social media well, increasingly means being swift to respond and being transparent - two things in which the NHS is not always a leader. The enormous amount of data available through, for example, social media could offer opportunities for health promotion and help steer patients in the right direction.

While the NHS may have concerns around the confidentiality of information it has gathered, people put large amounts of health-related information on the web voluntarily - like saying on Facebook they have a cold or flu, he says.

Could the NHS use this to prompt an advert for self-care? Havas has worked with the manufacturers of Lemsip on “liking” the product’s page on Facebook, which can lead to useful information for those with flu or a cold. As an added bonus they get a voucher for a free DVD rental from Lovefilm. So far, 145,000 people have liked the page.

‘You don’t need to go in wholeheartedly. You can experiment and try things, and do it on a micro level’

Mr Lidstone points out how companies such as Tesco make commercial use of “big data” in increasingly sophisticated ways, with the gold standard being blended data from different sources. A “marketeer’s dream,” he says.

“What we see increasingly is a phenomenal trend in terms of what we call gamification - setting goals and objectives, and makings things competitive and fun. It can be a way of motivating people.”

This encourages people to spend time with a brand and can be used to set individual goals. Havas has done this with Durex; it has also been used by brands such as Reebok - its “promise keeper” uses peer pressure to encourage people to run. Mr Lidstone suggests gamification could be one way to get people to understand their individual responsibility for elements of their health.

Experiential marketing could also be used. Santander, for example, has a campaign based on what people in Shrewsbury could save by using its services: it uses real people and real examples.

“We demonstrate the product through experience,” says Mr Lidstone. This could help overcome the perception that behavioural change is difficult.

Russ Lidstone: “Technology means information around patient safety and choice can be much more easily gathered. It can also be gathered in real time.

“Innovation in health communications means patient groups exist online and are much easier to target, by using forums and communities (for example PatientsLikeMe).

“Where I think the real innovation will lie is in engaging patients to be proactive in this area, making them want to give constructive feedback on their care for the benefit of others.”

But many big organisations spend considerable time and effort on their own internal communications. “For Santander it is really important that their organisation understands what it is all about and what it wants to do,” he says. This ensures staff know its core values and what its messages to customers are. And that seems particularly important at times of change when, for example, an organisation is being taken over.

But the NHS brand may still be important for its credibility and its endorsement. However, like the banks and the BBC, it may need to reassess the tone of its messages in the light of changing public perceptions.

Could the NHS make more of this and endorse products such as healthy foods? Mr Lidstone suggests the strength of the brand is such that people will want to form partnerships or affiliations with it. The recent Change4Life campaign was supported by commercial partners. Such synergies could allow the NHS to get across messages by working with selected partners.

Many memorable advertising campaigns contain an element of humour, sometimes as a way of sugaring a bitter pill - like Hector the taxman. Flu may not be fun but humour can be used - “man flu” - to capture the zeitgeist and get across key messages.

“That might not work for an over-60s audience but with the under-25s you could use a lightness of touch or even significant amounts of humour,” he says. The NHS should think how it wants to use these various channels and where advantages lie. Facebook “likes” may not work for continence care, for example. “You don’t need to go in wholeheartedly. You can experiment and try things, and do it on a micro level.”

Havas has recently worked on marketing a hair product by allowing people to see what they would look like with different hairstyles and share the image; this was done on a small scale but the great response means it will consider using such interactive techniques in the future.

And it is crucial, Mr Lidstone says, that people are allowed to “fail forward” - to try something innovative and learn from it when it does not succeed. That willingness to tolerate failure but still continue to experiment is something on which the NHS should reflect.

Russ Lidstone: “Well, the reality today is that although big budgets can help disseminate messages, the ability for business and brands, or indeed the NHS, to use smaller budgets in a smarter way is much greater than ever before. Apps, social channels, community management, events all represent powerful ways of reaching and engaging people.

“For me, it is not necessarily about the size of budget - the potential strength of the NHS is in its personal relationships with consumers. Big companies don’t necessarily have trusted advocates or on-the-ground “representatives of the brand” in every community so, if there is consistent messaging from everyone - from pharmacists and GPs to nurses and consultants - real change can be effected. It seems the challenge is getting everyone to agree on what those messages are.”