We’ve heard all sorts of good things about Cambridge University Hospitals Foundation Trust boss Keith McNeil, so we were chuffed to see him stepping into national prominence via a recent BBC news story. 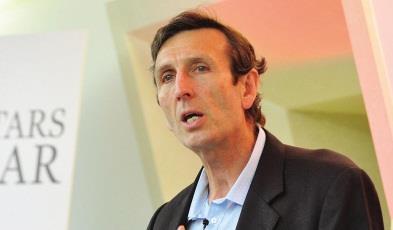 Dr McNeil was quoted in a piece examining the knotty issue of recruitment. He called on officials to ensure the UK was creating enough of their own nurses, because recruiting from abroad was “distracting, frustrating and expensive”.

‘Recruiting from abroad was distracting, frustrating and expensive’

We quite agree – as Dr McNeil said, we know how great the demand for nursing is in this country, so we should know how many to train.

Some proper planning is definitely necessary.

It’s great that we have chief executives able to make such timely and sensible interventions – but possibly a pity that, as in the case of the Australian Dr McNeil, we have to import them a lot of the time too.

As an aside, we know Dr McNeil is a cricket enthusiast, so End Game hopes he’s had time this summer to attend The Ashes.

The insatiable outsourcing monster was named NHS England’s preferred bidder to take over the services earlier in the summer.

‘It has promised all manner of improvements’

It will be paid around £330m to run the services for up to seven years, and has promised all manner of improvements.

Here’s one way they’re going to transform the service (for the better, obviously): “Adopting a user centred service design approach that puts the user at the centre of all aspects of service design.”

Hundreds of millions of pounds worth of flawless logic, right there. 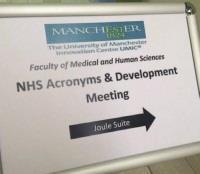 This is probably the most influential meeting in the health service

The NHS is infamous for its apparently inexhaustible supply of acronyms. We’ve all enjoyed getting to grips in recent months with PACS and MCPs (primary and acute care systems, and multispecialty community providers, respectively – please try to keep up).

Now we’ve got IPSIS to look forward to (the Independent Patient Safety Investigation Service – very important you don’t miss out the P in that one).

While the acronyms are legion, End Game always assumed they were dreamt up on an ad hoc basis. We had no idea they were the subject of central planning or much thought.

‘We had no idea acronyms were the subject of central planning’

But now photographic evidence has emerged of a sign for an NHS acronyms and development meeting at the University of Manchester Innovation Centre (otherwise known as UMIC, as the sign below helpfully reminds us).

End Game awaits the work of the NHSADM with great interest.