More than a quarter of hospital trusts are now routinely delaying payments to their suppliers because of cash flow problems, analysis by HSJ reveals.

Data collected from annual reports since 2014-15 shows a threefold increase in acute providers paying more than half their invoices late, with dozens of trusts reporting a steep rise in late payments.

HSJ obtained data from the annual accounts of 122 out of 136 acute trusts, looking at the percentage of non-NHS invoices paid within 30 days.

Contract regulations mean public bodies are legally required to pay invoices within 30 days, with their performance measured under an indicator called the Better Payment Practice Code. Trusts should pay at least 95 per cent of their non-NHS invoices within this timeframe.

The regulations were introduced after concerns late invoice payments were often a major cause of insolvency for small and medium sized companies.

The increase in late payments from NHS providers came after the Department of Health and regulators introduced tougher restrictions on short term cash support, which many hospitals rely on to maintain payroll and supplier payments. There have also been repeated delays to payments made to trusts from the national “sustainability and transformation fund”.

Hospitals rely on a huge range of private suppliers to maintain operations including companies supplying vital drugs and medical equipment.

Several trusts confirmed some suppliers have put their accounts “on stop” and refused to deliver further supplies because of late payments.

Meanwhile, finance directors at two trusts told HSJ they have been encouraged to delay payments to suppliers by NHS Improvement during discussions about cash support. NHSI said it had not issued any “specific guidance or instruction” on the subject.

The Department of Health has said “does not endorse” any delayed payments by trusts.

Trusts with the largest drop in performance

Earlier this month, HSJ revealed that Barking, Havering and Redbridge University Hospitals Trust was being threatened with legal action by suppliers and some had been owed money for more than a year.

Under the Late Payment of Commercial Debts (Interest) Act 1998, suppliers can claim statutory interest of 8 per cent on valid and undisputed invoices not paid within 30 days, but it appears this is rarely applied in practice.

The BPPC figures reflect that an increasing number of trusts are struggling to maintain adequate cash levels due to their recurring income and expenditure deficits – and run counter to the narrative of financial improvement in the trust sector.

The sector’s reported income and expenditure deficit reduced dramatically last year, from £2.5bn to around £800m, but experts warned the real underlying position is likely to be a deficit of £3.7bn. 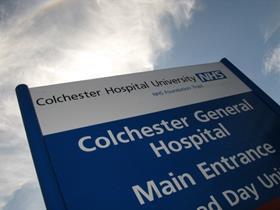 Colchester paid the fewest number of invoices within 30 days

The head of analysis at NHS Providers, Phillippa Hentsch, said: “It’s important trusts pay their bills on time. They understand the need to comply with the BPPC and the importance of maintaining good relations with suppliers.

“But when the cash flow becomes extremely tight and other options – including interim support – are not available, this is one of the things that somewhat inevitably gives, however hard trusts try.”

She also pointed to late payments from an “increasingly pressured commissioning system” and delays in STF payments, and added: “We need to be careful about blaming trusts when large elements of this are beyond their control.”

An NHSI spokesman said there has been “no specific guidance or instruction to trusts” around invoice payments. He added that the “relationship between NHS providers and those who supply them is a matter for the individual provider”.

In a letter to the public accounts committee earlier this year, David Williams, director general of finance and group operations at the DH, said the department has been monitoring the situation with NHSI and is committed to tackling “late and unfair payment practices in the public sector”.

He added: “Trusts know their obligations under the Better Payment Practice Code and, whilst we are aware that some trusts have stretched payments to creditors, the department does not endorse this approach and does not support extension of credit terms beyond 30 days.”

Some of the worst performing trusts said they had managed to avoid legal action or supplies being halted by taking a proactive approach with suppliers and agreeing a longer period for payment. Colchester Hospital University FT, Lewisham and Greenwich Trust and Cambridge University Hospitals FT said there were no cases of suppliers stopping deliveries or taking legal action.

However, others said late payments have caused problems. Simon Sheppard, director of finance at Rotherham FT, said: “We continue to manage our supplier relationships on a daily basis and while none of our suppliers have threatened legal action, some have temporarily stopped our account. These actions have had no impact on our ability to provide goods or services.”

West Suffolk FT said: “Unfortunately there have been a small number of occasions where the trust has been placed ‘on stop’. Any issues or delays are always addressed as a matter of urgency and have been resolved as quickly as possible.”

Andrea McGee, director of finance at Warrington and Halton Hospitals Trust, said: “In the period quoted the trust has had its account put ‘on stop’ and has been threatened with legal action for non-payment by a small number of suppliers.”

Lee Bond, chief financial officer at Hull and East Yorkshire Hospitals Trust, said: “We have had issues with suppliers regarding the possibility of legal action or the future supply of goods in the past. However, we have always managed to resolve the issues because of our relationships with our suppliers and they understand our difficult cash position.”

A spokeswoman for Hillingdon Hospitals Foundation Trust said: ”The trust faced considerable challenge in 2016-17 achieving its financial plan and it under delivered on its savings programme. The trust’s surplus was only achieved through non cash measures that caused a deterioration in the trust’s liquidity. The position remains challenging in 2017-18, though we have increased the value of non-NHS invoices being paid within the BPPC requirement to approximately 50 per cent.”

The other trusts in the table below did not respond in time for publication.

Thirteen trusts did not report their BPPC performance in their annual report, while at least two – Stockport FT and University Hospitals Bristol FT – are reporting performance against a 60 day target instead.

The following trusts did not report their BPPC performance:

Contracts held by NHS organisations for the provision of health care services under the NHS (Procurement, Patient Choice and Competition) (no. 2) Regulations 2013 are governed by different payment rules. However, these contracts are typically let by clinical commissioning groups and NHS England.