On Thursday HSJ publishes the second BME Pioneers list, while all week we will look at equality and diversity at all levels of healthcare 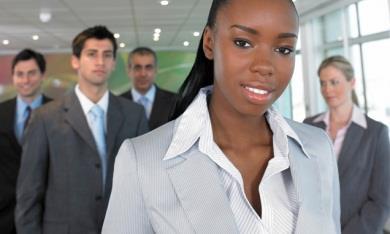 A year ago HSJ published its first ever list of healthcare’s influential leaders from black and minority ethnic backgrounds. It sought to highlight the disparity in workforce diversity at the top of NHS leadership. While the project was initially met with scepticism, there has been overwhelming support from readers and the event is still talked about today.

However despite the numerous articles HSJ has published on the topic throughout the past year, very little has changed. A report earlier this year revealed the proportion of people from a black and minority ethnic background at senior levels of the NHS has not improved in eight years; currently at 5.9 per cent, it is at its lowest since 2007.

At the same time, the NHS is faced with increasing challenge in commissioning services for an ever growing ethnic minority population. More than 40,000 older minority ethnic people are thought to be living with dementia in the UK – but existing policy guidance relating to these communities has been overlooked in the rollout of the national dementia strategy. We would still argue that at the top of its leadership the NHS needs to reflect the diverse communities it serves.

NHS England brought forward proposals in July to force organisations to increase the representation of ethnic minorities in senior positions. A new national workforce race equality standard will be part of the NHS standard contract from April 2015. The Care Quality Commission, Monitor and the NHS Trust Development Authority will be asked to make “explicit” to providers that compliance with the new standard will be part of their assessment.

Trusts will be judged across a range of metrics; including how many of their BME staff are subject to disciplinary action, which will form an assessment of whether the organisation is well led. It will also apply to clinical commissioning groups and NHS England.

This week we will be exploring this issue through a series of articles, profiles and exclusive interviews. HSJ wants to open up the debate on this and ask is a regulatory or a leadership approach the way forward?

Meanwhile on HSJ’s Pinterest board we run through the history of influential leaders from BME backgrounds working within the health sector from the inception of the NHS in 1948.

Join in the discussion on hsj.co.uk, as well as on Twitter and LinkedIn. Our hashtag is #HSJBME.