Diabetes and diet: There's an epidemic of misinformation

As the NHS struggles with rising cases of type 2 diabetes, it is time to examine the role of diet and lifestyle in tackling this challenge. The so called benefits of medical interventions detracts from more beneficial lifestyle changes, says Dr Aseem Malhotra 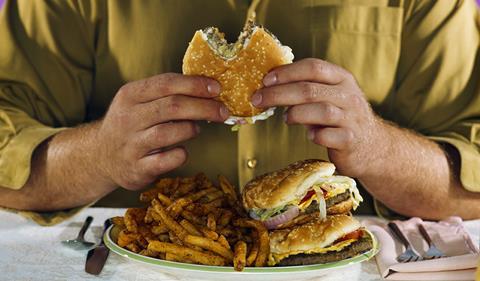 The four day conference was co-hosted by leading professor of exercise and sports medicine Timothy Noakes, and there was no food industry or pharmaceutical industry funding.  There were a total of 15 international speakers including academic researchers and medical doctors and what followed was an eloquent and evidence based demolition job of current dietary guidelines that promotes “low fat” as best for weight and health.

Award winning author of Good Calories, Bad Calories: Fats, Carbs, and the Controversial Science of Diet and Health Gary Taubes opened the conference explaining that obesity is not so much a disease of energy imbalance but one of fat accumulation caused by excess insulin, driven primarily by carbohydrate consumption.

Swedish family doctor Andreas Eenfeldt, who runs Diet Doctor, the country’s most popular health blog, discussed the beginning of a decline in the rate of obesity in Sweden where it is estimated that up to a quarter of the population are embracing low carb diet and the sales of butter have rocketed in the past few years.

“You don’t get fat from eating fatty foods just as you don’t turn green from eating green vegetables,” he said in response to a two year review of 16,000 studies carried out by the Swedish Council on Health Technology.

It concluded that such a diet may not only be the best for weight loss but also at reducing several markers of cardiovascular risk in the obese. And he’s right.

Fat calories which have the least impact on insulin secretion promote satiation and energy utilisation whereas refined carbohydrates in particular promote fat storage and hunger.

A public health message to lower cholesterol as if this was the end in itself may have also been counter-productive.

Not many people know that during the first 14 years of the Framingham heart study - a long term, ongoing cardiovascular study on residents of the town in Massachusetts - which sanctified high cholesterol as a major risk factor for heart disease for every 1mg/dl per year drop in cholesterol levels, there was a 14 per cent increase in cardiovascular death and an 11 per cent increase in mortality in the following 18 years in those aged over 50.

The Honolulu heart study published in the Lancet in 2001 revealed that in those aged over 70, a high total cholesterol was inversely associated with risk of death.

A re-analysis of unpublished data in the Sydney heart study also revealed that cardiac patients that replaced butter with omega 6 containing safflower oil margarine had an increased mortality despite a 13 per cent reduction in total cholesterol.

As professor of cardiology at the University of California, Rita Redberg says: “Cholesterol’s just a lab number. Who cares about lowering cholesterol unless it actually translates into a benefit to patients?”

In comparison to the American Heart Association’s recommended “low fat” diet, adopting a Mediterranean diet after a heart attack is a more powerful life saving tool than taking aspirin, statins, or coronary stents. But makes little significant difference in total cholesterol, triglycerides or high-density lipoprotein between the two groups. The polyphenols and omega 3 fatty acids abundant in olive oil, nuts, vegetables and fatty fish are responsible for rapidly reducing  thrombosis and inflammation.

What many scientists, doctors, media writers and policy makers fail to acknowledge is that there are many different types of saturated fat with varying biological effects.

Two recent Medical Research Council Cambridge studies concluded that the consumption of dairy saturated fats found in yoghurt and cheese were inversely associated with the development of cardiovascular disease and type 2 diabetes, whereas endogenously synthesised plasma saturated fatty acids that correlate with an increased risk are driven by the consumption of starch, sugar and alcohol.

In the closing talk of the convention Professor Noakes delivered a humble, yet devastating response to some critics who have described his bestselling book, The Real Meal Revolution, as dangerous.

But what makes Noakes, a man who has over 400 scientific publications, most remarkable is the U-turn in the very dietary advice he himself promulgated for most of his illustrious career: endurance athletes need to load up on carbs to enhance performance.

Maybe more academics should consider the words of Stephen Hawking, who proudly disproved his own theories on the existence of black holes: “People are very reluctant to give up a theory in which they have invested a lot of time and effort.

“They usually start by questioning the accuracy of the observations. If that fails they try to modify the theory in an ad hoc manner. Eventually the theory becomes a creaking and ugly edifice.”

Earlier this week Diabetes UK rightly raised concerns over a significant rise in the cases of type 2 diabetes in the past decade and called on the NHS to improve care for patients and concentrate on greater efforts for prevention.

Although aggressive glucose control can marginally reduce the risk of microvascular complications, earlier detection through routine screening or medical treatment does not have any impact on reducing cardiovascular disease outcomes or improves all cause mortality.

A recent critical review in Nutrition concludes that dietary carbohydrate restriction is the “single most effective intervention for reducing all of the features of the metabolic syndrome” and should be the first approach in diabetes management. A ketogenic diet ( one that comprises less than 10 per cent of calorie intake from carbohydrates) also resulted in the greatest falls in HbA1C and reduction in the use of medications with benefits also occurring even without weight loss.

But how many patients are explicitly given this information?

‘There’s an epidemic of misinformed doctors and patients’

And given that type 2 diabetes is a condition related to an intolerance to metabolise carbohydrates, it is puzzling why Diabetes UK recommends as part of a “healthy balanced diet” the consumption of plenty of starchy carbohydrates and modest amounts of sugary food and drinks including cakes and biscuits.

It is therefore not surprising that the public have such misguided perceptions. Even many doctors’ understanding of nutrition comes from TV and magazines.

Biased funding of research, biased reporting in the media and commercial conflicts of interest have resulted in an epidemic of misinformed doctors and misinformed patients where an exaggeration of the benefits of medical interventions has simultaneously detracted from more impactful lifestyle changes.

If we are to truly maintain the sustainability of the NHS, clinicians need to take a broader population perspective so that responsibilities extend beyond the patient admitted to hospital but also to have a responsibility to the health of their local population.

To reflect on the words of the late Mr Barnard: “I have saved the lives of 150 people through heart transplantations. If I had focused on preventative medicine earlier, I would have saved 150 million.”