In the 50 years since migrant workers from Asia first started working in the NHS, their experiences have been beset by employment obstacles and mixed attitudes. Debbie Weekes-Bernard celebrates their contribution 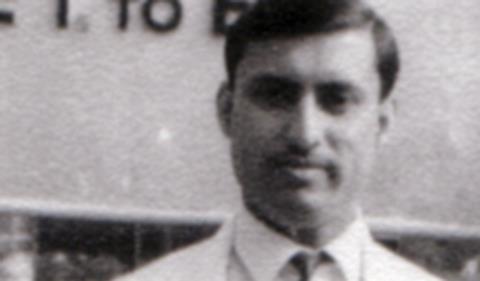 The relationship between the health sector and Asian minority ethnic groups is more complex than is widely known and recent debate about poor exam results by international medical graduates and UK-born black and minority ethnic students sitting the MRCGP exam shows there are still issues.

‘In the 1960s, Asian NHS workers were not spread evenly across the workforce and many began to experience employment difficulties’

Asian staff have played an essential role in the history of the NHS. But over the past 50 years many have faced racism that has affected not only their employment and career progress, but also their access to necessities such as housing.

In 1963, Britain publicised a call for overseas trained doctors to work in the then expanding UK health service and 18,000 doctors from Pakistan and India responded, as well as others from the Caribbean and West Indies.

By 1971, over 30 per cent of doctors working in the NHS in England had been recruited from abroad. Current figures suggest 7 per cent of the NHS workforce describe themselves as Asian or Asian British and 17 per cent of all clinicians are from a minority ethnic background.

Although initially welcomed in the 1960s, Asian NHS workers were not spread evenly across the workforce and many began to experience employment difficulties.

For example, between 1961 and 1975, Asian doctors were berated by their white British counterparts in letters published in the British Medical Journal about the problems patients had understanding their accents.

While Asian doctors began to find work very easily in the specialties of genitourinary and geriatric medicine, and also as GPs in deprived areas, this was precisely because British-born doctors rejected these vacancies, considering them undesirable.

Some Asian doctors reported finding it difficult to pass medical examinations in the UK and the numbers who have found themselves in front of fitness to practice panels has been disproportionate to their numbers in the workforce.

The migration journeys of those seeking work within the UK health service were further hampered by legislative attempts to control immigration throughout the 1960s and 1970s and restrictions, introduced in 1972, to the ability of those born in India to gain full registration as doctors.

Nurturing the Nation is a book that celebrates the many social, legislative and employment related obstacles Asian workers have overcome in forming such an integral part of the NHS.

We interviewed 40 NHS workers ranging in ages from 43 to 88, who left their homes and families in countries including India, Pakistan, Kenya, Uganda, Malaysia, Singapore, Trinidad and Mauritius to travel to the UK.

Our interviewees have each in their own way overcome the challenges of working in a foreign country and have achieved highly − many have been awarded OBEs and MBEs, have been founding members of key organisations or have gone on to hold highly regarded posts, either locally or within the Department of Health, the British Medical Association or the General Medical Council.

Dr Nagendra Sarmah, a retired GP, was born in northern India in 1936 and came to the UK in 1965. He trained as a GP because he had a young family and his work as a registrar in a Liverpool hospital took him too far away from his family home in Stafford. He took over a practice in Manchester single-handed, which was hard, relentless work.

“Because patients are given a choice, about 100 patients left because I had joined the practice,” he said. “They didn’t want to go to Asian doctors here at that time and in the 1970s there was bad publicity about south Asian doctors from the press. Chorlton-cum-Hardy is suburban, so people were usually teachers, doctors, professors and engineers and for them accepting an Indian doctor was a bit too much.

“In those days, being a single-handed doctor meant you are responsible for your patients 365 days a year, even Christmas and bank holidays. That was hard work. Also the complaint levels against Asian doctors are very high, while British doctors make their mistake and get away with it.

“I was lucky − during my 26 years there I only had one complaint. But I was probably practicing defensive medicine in fear, to keep popularity. I was working hard constantly.”

Rangena Tilkaran, a retired lead nurse, came to the UK from Trinidad in 1970, helping to set up a gynaecology cancer centre at the then Hammersmith Hospitals Trust. She greatly valued her time in the NHS, but recognised that initially her relationship with some of her patients had not always been smooth.

It is testament to all of those we spoke to that they remain committed to their pursuit of helping others, even those who were retired. Having seen other world health systems, they believe the NHS is one of the best and want it to remain so.