Black and minority ethnic staff are underrepresented at the top of the NHS due to ingrained management attitudes − this culture needs to change, say Shahnaz Ali and colleagues 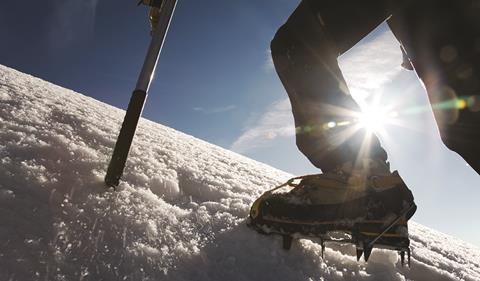 Over the years, the Department of Health and the NHS have attempted to influence the ‘snow-capped peaks’ of the NHS but programmes such as Breaking Through have shown very few results to date

The NHS has had an uneasy relationship with migrant staff − especially those from non-white former British colonies and Commonwealth countries. When there is demand for skilled staff, the NHS turns to overseas recruitment as a policy solution − usually India, Pakistan or the Caribbean, even though those countries sorely need such skills. But having brought diverse minorities into the workforce, the health service as a whole often considers them, implicitly or explicitly, a problem.

The demand for skilled staff in the newly formed NHS in 1948 could be met only by sustained recruitment from Britain’s colonies. In particular, nurses were needed for mental and geriatric hospitals since local staff were not so keen on working in these areas. Ancillary staff, cooks, cleaners and porters were also much in demand.

While the 1950s and 1960s were the heyday of overseas recruitment to the NHS and other public services, the Blair administration revived efforts in 2000 to recruit overseas nurses, from Spain, India and the Philippines.

The NHS is clearly indebted to migrants and their descendants for keeping the NHS going over 65 years. Yet institutionalised discrimination means that, despite their vital contribution, black and ethnic minority staff still experience unequal treatment.

Every service reorganisation has incurred a loss of diversity in the workforce and the latest one has been no exception. In the changes brought about by the Health and Social Care Act, there was a disproportionate loss of black and minority ethnic staff, particularly nursing directors − a concern noted by the NHS England board.

‘With 38 per cent of NHS doctors coming from a BME background, you would expect them to make a strong showing in clinical excellence awards’

The board started worrying about the issue last July − when the reorganisation was well under way and many staff had already gone. There was no systematic monitoring of recruitment outcomes at that point but by September, HSJ was reporting that NHS England had admitted there was a recruitment “diversity problem”.

In September this year, an independent report commissioned by the General Medical Council on the fairness or otherwise of the Royal College of GPs’ Clinical Skills Assessment concluded that the exam was open to racial bias.

The report’s author, Professor Aneez Esmail, a GP, academic and expert on racism in the medical profession, wrote in the BMJ: “Subjective bias due to racial discrimination in the clinical skills assessment may be a cause of failure for UK-trained candidates and international medical graduates. The difference between British black and minority ethnic candidates and British white candidates in the pass rates of the clinical skills assessment, despite controlling for prior attainment, suggests that subjective bias could also be a factor.”

A year ago, NHS North West launched A Fair Route to Revalidation, a guide on how to ensure the new medical revalidation system did not unfairly discriminate against doctors from vulnerable groups: lone practitioners, disabled doctors, women, part-time workers and locums. At the launch conference, one speaker presented clear evidence that white clinicians were more likely to figure in the top clinical excellence awards handed out each year.

These awards recognise consultants who contribute most towards the delivery of safe and high quality care to patients and to continuous improvement. Since these are subjective criteria, it is easy to see how clinicians who are pushed to the margins of any peer group, or work single-handedly in general practice, can be overlooked.

With 38 per cent of NHS doctors coming from a BME background, you would expect them to make a strong showing in the clinical excellence awards rankings. But they do not. And indirect discrimination has direct effects. Since the awards are taken into account in the NHS’s final salary pension scheme, the awards and rewards missed are substantial.

In 2010, research by Professor Uduak Archibong and Dr Aliya Darr of Bradford University found that BME NHS clinicians were disproportionately likely to be involved in disciplinary proceedings, compared with their white peers doing similar things.

To underline this phenomenon, HSJ reported at the start of this year that most struck-off doctors are trained abroad.

Of course, doctors who make mistakes or lack competence should be scrutinised, appraised or disciplined where necessary. But are we sure these standards are always applied with the same attention and zeal to all doctors?

The research does not indicate that one group of doctors is any more likely than another to be inherently poor at what they do. But wider factors can mean some doctors are obliged to work in circumstances that place them and their patients at greater risk. For example, BME doctors are more likely than their white counterparts to be working single-handed in general practice − a risk factor for any doctor.

This suggests that despite 46 years of protective legislation there is a persistent organisational culture in the NHS that sees BME staff as problematic and “other”. They are underrepresented at senior level, under-rewarded compared with their white peers and overrepresented in disciplinary proceedings or when jobs are shed.

When BME staff do make it to senior leadership positions, they tend to be given the “equality and inclusion” portfolio rather than, say, performance, finance or the quality, innovation, productivity and prevention agenda. This reinforces the notion that inequality is a problem to be solved by those most likely to suffer from it, and that equality and inclusion are bolt-on luxuries to be abandoned when the going gets tough, rather than hardwired into a culture that states: “How we do things around here.”

Over the years, the Department of Health and the NHS have attempted to influence the “snow-capped peaks” of the white-haired white men dominating the NHS leadership, but programmes such as Breaking Through, which aims to develop more BME leaders, have shown very few results to date.

There are fundamental flaws in such approaches based on the “deficit model” − seeing black staff as problems that need to be fixed, rather than the organisational culture as a whole. But it is possible to overcome the obstacles and make real progress in achieving cultural change.