A step by step guide to employment tribunals

Claims for unfair dismissal taken to an employment tribunal have declined since the introduction of fees earlier this year but they still occur and can be costly. Rachel Spink explains the process to make sure trusts know what to expect and can justify their decisions 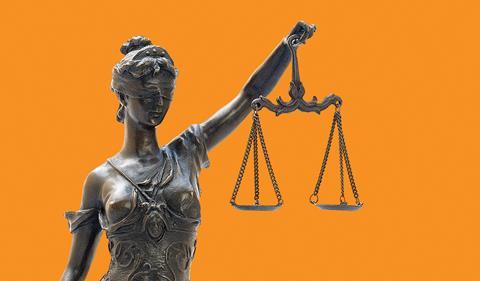 With the introduction of employment tribunal fees in July, many commentators predicted a reduction in the number of claims. This has been the case, albeit following a large spike prior to the change.

‘Taking into account legal fees and management time, employment tribunal claims can be a huge expense for NHS employers’

However, with employers under constant pressure to reduce costs and address poor performance and conduct, many dismissed employees will continue to seek redress. Complaints of unlawful discrimination can be pursued without any termination. Employment tribunal claims will remain, even if there are less of them.

The average unfair dismissal award in 2012 was £9,133; the current maximum compensatory award is £74,200. However, compensation in discrimination claims is uncapped and awards exceeding £100,000 or even £1 million do occur − notably, Mid Yorkshire Hospital Trust was ordered to pay an award of £4.5 million for race and gender discrimination. Taking into account legal fees and management time, employment tribunal claims can be a huge expense for NHS employers.

Barbara is a 45 year old band 5 nurse working for an NHS trust. Barbara was dismissed for behaving in an abusive manner towards a patient. An investigation was conducted into allegations that she swore at a patient during an altercation in which the patient refused to take her medicine. Barbara has since brought a claim of unfair dismissal against the trust. She says swearing at the trust was commonplace and the real reason she was dismissed was because she had complained about a faulty lift within the hospital. She said the complaint is a “protected disclosure” and as such she has been treated less favourably and is entitled to compensation under whistleblowing legislation. Barbara has claimed for £1 million for career long loss of salary and pension; she maintains she will be unable to obtain another job with such a stain on her record.

There are a number of factors you should consider immediately upon receipt of a claim, in order to assess whether it should be defended or settled at an early stage:

In the case study above, the trust is advised it has strong prospects of success. It proceeds to defend the claim by filing a response.

You will need to submit the trust’s “defence”, known as a response, to the tribunal using the ET3 form, which can be accessed on the Courts and Tribunal Service’s website.

The tribunal must have received the ET3 within 28 days of the date it sent the ET1 to the trust. Even if you intend to attempt to settle the case, you should still submit an ET3 form in order to avoid being out of time and, therefore, prevented from defending the claim in case negotiations break down.

In your response you should make sure you say you reject the claim and give full reasons why.

The tribunal will be likely to issue directions to enable the parties to prepare the case for hearing. This will probably include a date for sending to the claimant any relevant documents on which you may wish to rely, and for exchanging witness statements.

To prepare yourself for the case, take note of the following:

The Advisory, Conciliation and Arbitration Service will be sent a copy of the proceedings and will assist with settlement negotiations where required. The consideration of settlement should always be part of initial evaluation and, if cases should be settled, it is best to do so quickly.

However, in the case scenario, given the reasons for dismissal, the allegations of whistleblowing and the likelihood that there has been a referral to the Nursing and Midwifery Council, it will seem unlikely that any NHS trust would want to initiate discussion here unless a serious problem with the claim was perceived. Treasury approval would be required.

Preparing for the hearing

You can improve your prospects of successfully defending a claim by taking the following steps when preparing for the hearing:

Surviving the hearing as a witness

In the case study, the trust presses on with its defence and is rewarded by a successful outcome at tribunal.

While tribunal claims can be traps for the unwary, with adequate preparation they can serve as a reminder that not all dismissals are unfair and an employer can be justified in holding its ground.

Rachel Spink is an associate at Hill Dickinson LLP