Clinical director can be a lonely role but it is one that’s essential in maintaining public safety. Kerrie Montoute looks at the current and future state of the job 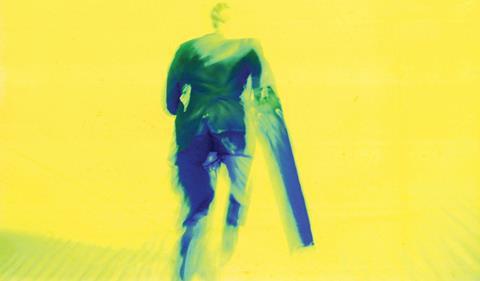 Alamy - not for reuse

Clinical directors play an important role in the management of services in the NHS and the role comes with many challenges.

The third organisational structure within directorates and divisions sees clinical directors and general managers working side by side and reporting to a senior divisional or medical director.

In addition to the organisational structures outlined, clinical directors are now required to operate across organisational boundaries in academic health science centres (AHSC), which can be broadly defined as “bringing healthcare services, research and education under a single leadership to facilitate cutting-edge medical discoveries to be quickly translated into new techniques” (NHS London).

Therefore, it is no surprise that clinical leadership is viewed as critical in maintaining quality and patient safety in the NHS while it is under financial stress expected to last until 2017.

‘I think the biggest challenge we’ve got is just the sheer scale of the demands that are placed on us, internally and externally’

In terms of financial challenges, the main challenge was being able to deliver services with an ever-shrinking budget while having to make efficiency savings required by the organisation.

A clinical director explained that one of the main things he has had to do is understand how the finances work, and communicate this with the clinicians in his directorate in a meaningful way that did not involve using loads of spreadsheets.

He also highlighted that providing the best treatment for patients is always the top priority for clinicians. However, the “best” can only be provided within the resources of the directorate, which involves the clinical directors sometimes having “difficult conversations” with their professional colleagues.

Owing to clinical demands, managing finances on an operational basis was not viewed as a responsibility clinical directors could devote much time to.

However, there was an understanding that having robust financial information was important for making strategic decisions, which should be facilitated by having the “right infrastructure” in place to manage the financial processes involved.

Size and complexity of the clinical directorate has created a constitution in which there are multiple specialties with specific needs and challenges.

One clinical director said: “I think the biggest challenge that we’ve got is just the sheer scale of the demands that are placed on us, internally and externally.

“Random people coming to us with requests; anything from finding a desk for someone to a serious untoward incident where clinical consequences are adverse”.

Another director highlighted the responsibility for a workforce of “nearly a thousand people” and addressing their competing interests and demands.

He said there was a mismatch between what he described as the “corporate departments”, such as HR, finance, IT and estates, which did not understand clinical services and appeared to have their own agenda.

He said these corporate departments not being in sync with the clinical service directorates made the day-to-day job very challenging. It is interesting that he referred to the wider trust as the “host organisation” as the directorate was not hosted by the trust but rather was part of the organisational structure.

Managing consultant colleagues was highlighted as being a major challenge in performing the role. One clinical director eloquently compared managing his consultant colleagues to “the challenge of herding cats”, stating that he has a professional workforce who are slowly coming to realise they are organisational employees and therefore subject to the rules and regulations of the organisation.

Identifying colleagues to take on the clinical director role was viewed as a difficult process. For example, when conducting appraisals with clinicians they would “try to get out of the room as fast as possible” when asked about taking on the clinical director role. This reinforces the negative perception of the role held by some clinicians. It was still viewed as doing extra work for very little reward.

In terms of increasing workload, clinical directors were required to wear multiple hats at the same time. One director said: “The expectation that someone continues to be an international figure and continues to keep his clinical skills up and manage for us what is a £60m budget is ridiculous.”

As he was exposed to working within an AHSC environment, he highlighted the additional workload associated with clinical academic or programme groups, saying: “When they appointed clinical academic or programme group leads, there was no reimbursement for being a lead despite the fact we do vast amounts of work at home, outside the normal working day. You’re supposed to do it for the love and to some extent that’s being critical.”

Change management was viewed as a challenge to clinical directors as they needed to come to grips with national, regional and local developments as well as changes in their respective organisations. The pace of change was viewed as being quick, with one required to be “on the ball” to develop strategy and operational plans to function effectively within the new environment.

In order to address the challenges outlined, the clinical directors highlighted the importance of the support of professional colleagues and teamwork.

The support of colleagues was cited as being critical in effectively performing the clinical director role, with one saying he was “lucky” that he had good colleagues who would provide cover when he was not there and in general understood if he was not out and about in the clinical area, he was doing all the management meetings they effectively did not want to do.

Teamwork was described in terms of having the support of other clinical directors, general managers and heads of nursing, as well as the wider management structure in the division/directorate; that is, clinical leads and matrons.

The clinical directors were very insightful about their time limitations in performing the role and by and large relied on shared and distributed models of leadership in their clinical directorates and divisions to ensure the services were effectively delivered.

However, there is also a need for trust executive or senior management teams to prioritise the tasks required of clinical directors to ensure their time is effectively used.

Clinical directors, in addition to ensuring quality and patient safety during the financial challenges ahead, would also be required to demonstrate robust clinical leadership by developing new and innovative ways of delivering services within their directorates and divisions.