The NHS needs leaders who are curious and ready to take risks − not motivated by fear of failure, argue Douglas Board and Robert Warwick 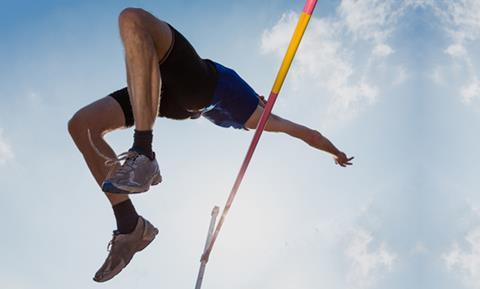 Was the HSJ survey of 81 NHS chief executives which highlighted a “climate of fear” an example of the NHS having a mild panic attack, convincing itself too easily of the specially difficult nature of the challenges which it faces? If not, what can be done about it?

‘The relevant political pressures included not only changes of minister, local authority or party, but the senior managerial politics of becoming “toast”’

The same week that HSJ released the survey results, we shared some of our own research findings with NHS audiences, adding substance and shape to the survey’s concern. The first was an open seminar conducted by the Centre for Health Enterprise, Cass Business School and the second was a private dinner for chief executives hosted by headhunters Saxton Bampfylde.

Ann Bourne, head of the health practice at Saxton Bampfylde, said the firm was working on double the usual number of NHS chief executive vacancies. Good news commercially, but when combined with the reservations which good potential candidates were expressing to her about stepping forward, one which gave her a systemic concern.

An acceleration in the already high number of major chief executive vacancies, combined with a culture of fear (making candidates wary of coming forward) and boards wary of appointing new people would all make things worse.

A psychologist at Saxton Bampfylde experienced in assessing senior executives across sectors had found the bar of expectations now being set in the NHS extraordinarily high.

Unfortunately, according to the King’s Fund paper Leadership of Whole Systems a short-term, task-focused, risk-averse focus is precisely the opposite of what is needed. Reviewing available research on the leadership of increasingly complex systems, of which the NHS is a prime example, the paper places centre stage the need to surrender fantasies of control.

Complex systems can’t be controlled, even if you shout at them loudly. Instead, the research emphasises the need for leaders – and by implication those who appoint them – to be open and curious, embracing uncertainty and being positive about change, and investing as much energy into relationships and behaviours as into delivering tasks.

This complements research into the selection of people at or near board level. Choosing Leaders breaks new ground in exploring why recognised HR good practices such as competencies and structured interviews, which have transformed most junior and middle level selection in the past 40 years, have – across all sectors – left boardrooms and senior executive positions largely untouched.

It makes the case that senior selection, and other senior executive activity, can be better understood by seeing in it the constant jostling of three impulses: science, politics and intuition. In this context “science” refers not only to lab coat science but to the whole impulse to treat management as an objective, measurable and targetable activity.

Having worked for 18 years on senior search assignments across a wide range of sectors, it seemed to the author likely that the NHS was putting exceptionally high voltages through all three sets of cables – more targetry, more politics and more clinical and other experts (with fiercely held but not easily expressed intuitive expertise).

If so, this would corroborate the psychologist’s observation: NHS senior leadership jobs may be becoming unacceptably hard. The relevant political pressures included not only changes of minister, local authority or party, but the senior managerial politics of becoming “toast”. Becoming de facto blacklisted because of an association with failure in the minds of a few pivotally connected senior individuals, with no curiosity about the individual’s actual contribution, keeps fantasies of control well supplied with sacrificial victims but does nothing to overcome fear or increase the system’s human capital.

‘We think it likely worrying about fear and NHS leadership is more than a fleeting panic attack, reflecting genuinely exceptional structural challenges’

However, rather than writing leadership in the NHS off as a horror story, we might find inspiration, oddly enough, in a story told by a master of the macabre Edgar Allan Poe which has been picked up by scholars such as Norbert Elias. Some fishermen in a boat are being dragged down into a whirlpool, wreckage swirling around them. All were lost bar one who, despite fear, was curious enough to notice the different extents to which differently shaped objects were sucked down into the maelstrom, and so threw himself overboard lashed to a cask.

We think it likely that worrying about fear and NHS leadership is more than a fleeting panic attack, and may reflect genuinely exceptional structural challenges. However, curiosity and courage, with each of us helping the other to name the security blanket of control for the fallacy that it is, may make a new beginning.