Race inequality of NHS staff is putting patients at risk

The Francis whistleblowing review offers hard evidence of what many in the NHS already know - that inequality endangers patients, write Roger Kline and Umesh Prabhu 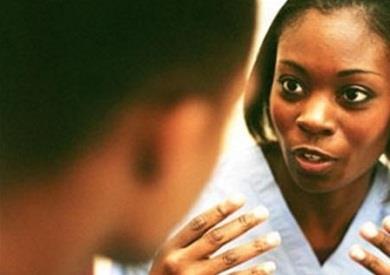 It is a well known fact that black and minority ethnic staff have made immense contributions to the NHS; without them it is unthinkable that the service would have been sustainable. However, much research suggests they are less favourably treated than other staff.

This is evident within the NHS in appointments and promotions; disciplinary procedures; access to senior positions and non-mandatory training; and even bullying.

Tucked away in Sir Robert Francis’ recent Freedom to Speak Up review of whistleblowing is further confirmation that discrimination against BME NHS staff directly impacts on patient safety.

Sir Robert commissioned an analysis of the 20,000 responses to his review, which shows that BME staff consistently report even less favourable treatment than white whistleblowers in NHS trusts.

The data confirms what has been observed again and again in individual and collective discussions with BME staff in the health service: staff who report having raised a concern about suspected wrongdoing are substantially more likely to be less satisfied with the response to their concern if they are BME (40.7 per cent) than if they are white (27 per cent).

Moreover, after raising a concern, BME staff are more likely (21 per cent) to be victimised by management than white staff (12.5 per cent).

In fact, the chances of BME staff being ignored by management are higher (19.3 per cent) in comparison with their white colleagues (14.7 per cent). They are also more likely to be victimised by co-workers.

The number of both BME and white staff who are praised by management after raising a concern is astonishingly small. Just 3 per cent of BME staff report being praised after voicing an issue, compared with an equally miserable, though slightly better, 7.2 per cent of white staff.

Of those who support a colleague who has raised a concern, BME personnel are more likely to report having suffered detriment (19.9 per cent compared with 14.8 of white workers).

Given this depressing background, it is hardly surprising that BME staff also report being less likely (59 per cent) to report a concern again if they suspect wrongdoing than their white peers (73.4 per cent).

Finally, 24 per cent of BME staff in NHS trusts (compared to 13.8 per cent white staff) who have not raised a concern about suspected wrongdoing report that this was due to a fear of victimisation, while a further 19 per cent of BME staff (17.7 per cent white staff) report that they have not raised a concern because “they did not trust the system”.

Sir Robert makes a clear link between bullying and the treatment of whistleblowers.

He states (in paragraph 36): “Bullying in the NHS cannot be allowed to continue. Quite apart from the unacceptable impact on victims, bullying is a safety issue if it deters people from speaking up.

“It also has implications for staff morale and for attendance and retention.

“We heard many examples of unacceptable behaviour and lack of respect by individuals. This has a significant impact on whether people feel able to speak up, particularly in a hierarchical culture such as the NHS.”

We know from past NHS national staff surveys that the BME workforce is one-quarter more likely, on average, to report being bullied at work, echoing the findings of Sir Robert’s whistleblowing report.

‘If BME staff feel engaged and motivated, patients are more likely to be satisfied with the care they receive’

We also know that research by Michael West, Jeremy Dawson and colleagues has demonstrated the link between the treatment of staff and the care they provide.

Their work makes specific reference to the treatment of BME staff, adding that the “staff survey item that was most consistently strongly linked to patient survey scores was discrimination, in particular discrimination on the basis of ethnic background”.

They concluded: “If BME staff feel engaged, motivated, valued and part of a team with a sense of belonging, patients were more likely to be satisfied with the service they received. Conversely, the greater the proportion of staff from a BME background who reported experiencing discrimination at work in the previous 12 months, the lower the levels of patient satisfaction.”

BME staff constitute 17 per cent of the NHS workforce, 20 per cent of nurses and 37 per cent of doctors. The treatment of BME workers cannot be dismissed as a peripheral issue; it is a core issue. According to the NHS staff survey in February 2014, 28 per cent of staff were unable to say they felt safe when raising concerns, and 44 per cent never received a response when they did.

Be aware and take action

Freedom to Speak Up provides hard evidence that the treatment of BME staff who raise concerns is even worse than the treatment of white staff with consequences comprising the likelihood that they would ever raise concerns at all in future. For BME personnel in the NHS these findings will confirm what their experience has already told them.

Referring to such concerns, Sir Robert writes: “This sense of vulnerability appears to be supported by the evidence of our independent research. There is also a perception that BME staff are more likely to be referred to professional regulators if they raise concerns, more likely to receive harsher sanctions, and more likely to experience disproportionate detriment in response to speaking up.

“Boards need to be aware that this is an issue, and should consider whether they need to take action over and above what is set out in this report to support and protect BME staff who raise concerns in their organisation.”

The NHS workforce race equality standard has been adopted by the health service because, according to every indicator, the treatment of BME staff is worse than that of white staff, and is not improving.

The Francis review suggests that alongside the metrics for disciplinary action and bullying within the standard, there needs to be renewed scrutiny by employers and regulators of discrimination in the treatment of BME whistleblowers and the disproportionate referrals to, and treatment of, BME workers within the regulatory process.

The Care Quality Commission and the best trusts have started listening to what BME staff have to say about their treatment as it is a patient safety issue, not just a staff concern, and one that every board must pay full attention to.

There is a close relationship between patient safety, staff wellbeing and the way BME staff are treated by the NHS. Now more than ever, we need value based leaders who promote a culture where all staff, including BME, feel empowered to raise concerns about patient care.

Roger Kline is research fellow at Middlesex University Business School and a director of Patients First and Umesh Prabhu is medical director of Wrightington, Wigan and Leigh Foundation Trust