The challenge for CCGs a year on

As clinical commissioning groups near their first birthdays as official entities, they require leaders who will move them forward from the implementation phase to one of continuous improvement.

In today’s NHS this was always going to be a challenge.

Tightening budgets, ever increasing demands from target setters and regulators and, of course, demographic change mean it is a tough environment where strong leadership skills are a must. 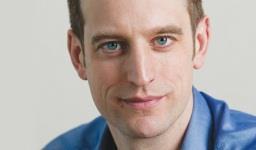 Oxfordshire CCG is a case in point. According to its newly elected clinical chair Joe McManners, the area is already facing issues that perhaps remain just over the horizon for other parts of the country.

“If anything Oxfordshire is at the pointy end of the triangle,” he says.

“We’re already seeing some of the challenges that are coming to the rest of the NHS. We’re strained financially; we have an elderly population and surprising areas of deprivation and rurality as well.

‘It’s about influencing the whole system, setting strategy and goals to do your best for patients’

“We’re seeing a lot of demographic change with increasing demand across the system. We’re having to deal with issues which, if not unprecedented, are certainly the hardest the NHS has had to deal with.”

Finding a way through – while improving services for the population – is a real leadership challenge, he says. Fortunately, there is the will to make it work locally.

Dr McManners, who has been a GP for 10 years, says it includes the support of GPs, providers, patients and public representatives and others, and the CCG plays a vital role.

Leaders within CCGs are facing challenges on many levels, and the stakes – in terms of the need to provide a great service to patients – are high.

“It’s not just about commissioning,” Dr McManners says. “It’s about influencing the whole system, setting strategy and goals to do your best for patients. You have to help different providers deliver on your aims.”

“Hard” commissioning and contracting is part of that but so too is getting buy-in across the system, including from providers and patient representatives, he argues.

A good CCG leader might not go for “mushy” consensus because it pleases no one, and changes nothing. Instead, they will listen to views, take them on board and make decisions in a fair and transparent way.

“There’s a huge range of opinions among GPs,” he says. “If you ask a group of doctors a question then you’re going to get a lot of different answers.

‘If you have a fair process, then although people might not all agree, they will feel listened to’

“It’s not always going to be possible to come to a consensus, but if you have a lot of rich discussion and you listen to people with respect, then you can come up with good solutions.

“If you have a fair process, then although people might not all agree, they will feel listened to.”

For CCG leaders, the clinical intelligence provided by GP colleagues who, like him, still work with patients, is a crucial resource. “I think that being a doctor grounds you, it puts you at a level you should be at,” Dr McManners explains.

“On Monday I spent 11 hours in the practice seeing patients so I’ve seen a lot of problems firsthand and have heard people explain their frustrations with the system.

“That means that on Tuesday I can take this very rich feedback to the providers to encourage them to make positive changes - and, at the same time, when I’m back in practice I’ll see whether the changes are making a difference.”

Showing, not telling, the way

Good leaders will make the most of this kind of information, he says, and will value feedback from colleagues and from those using the services, tough as it may sometime be to hear.

Being a leader also means working in partnership and being a good role model, he adds.

The late Nelson Mandela was the type of person who led by example rather than diktat. “He was, and is, an inspiration to others. It’s about showing the way, not telling,” Dr McManners says.

Despite the challenges – or perhaps because of them – Oxfordshire is a terrific area to live and work, says the northerner who grew up in Durham and attended medical school in Manchester before settling further south.

“There are great people working here who are full of ideas and enthusiasm,” he says. “It’s a good place to be.”