In the second part of our roundtable, our panellists debated sustainability, social media, the demise of heroic leadership and the changing nature of the job. By Alison Moore

If chief executives are key to the success of their organisation then they have an important role in helping the whole health system move towards a sustainable future.

However, the skills they will need to do this may be very different from the ones which got them the job in the first place. The second half of the HSJ top chief executives roundtable focused on the role they could play, the skills they would need and the challenges of juggling system leadership and the day job.

In association with Korn Ferry

Chief executives had been encouraged to move towards a more system wide approach through developments such as accountable care systems.

HSJ editor Alastair McLellan started the debate by outlining the tremendous challenges they all faced. “Sustainability is the buzzword of the moment. We all know the focus is on money and A&E and if other things have to slide you as chief executives appear to have been given permission to let them slide,” he said.

“It seems to be a fantastically difficult time, with a number of things pulling you in different directions – all in the name of sustainability,” he added.

But at the top of the HSJ top 50 chief executives there had been significant shifts, with “heroic leaders” disappearing. “It does seem as if there has been a generational change and chief executives are of a different nature. They are also increasingly a lot more female,” he said, asking what personal characteristics, values and behaviours chief executives needed to display if they were to be successful in taking their organisations forward. 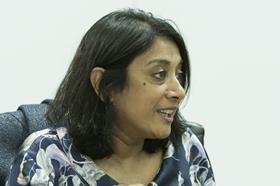 Navina Evans, from East London Foundation Trust, agreed that chief executives had to be very different. Her predecessor had been ideal for the job of becoming a successful foundation trust status but priorities had changed.

“If you have been around a long time and have a particular way of engaging with the system, staff and financial regime, it is a big ask to change,” she said. Chief executives now needed to be bold, to manage upwards and to take personal risks, she said. “I do what I think is the right thing for the people we serve,’ she said. ‘If I have to walk, I have to walk.”

Kevin McGee, of East Lancashire Hospitals Trust, added: “Sustainability requires something different from all of us.” 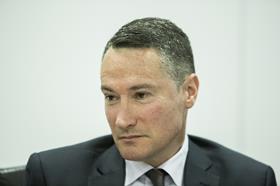 He cautioned that change would be very difficult for individual organisations, saying: “I don’t know what the end point will be on any of this but I do know it will be significant change and that change will be really difficult.”

Few people have the perspective of Rob Webster, who had led an organisation, then worked as chief executive of the NHS Confederation, before returning to another chief executive role at South West Yorkshire Partnership Foundation Trust.

He said that in the past the narrative had been all around foundation trust status. “Coming back I did not know what the end point of the story is and it is about sustainable services not organisations,” he said. But he dismissed the idea that collaboration was a ‘cuddly’ option, saying that competition was easier.

He echoed the issues of ambiguity over roles – were people there to safeguard the individual organisation or to do what was right for the whole system – and the need to help staff through this.

‘The answers to our problems do not lie within the walls of our organisations. We have to work with others to create critical mass, better services and levels of savings’

But chief executives can often face uncomfortable choices in what they concentrate on. Julian Hartley, of Leeds Teaching Hospitals Trust, said a present and visible approach to leadership was necessary – including for CQC ratings – but the other demands could lead to leaders feeling disconnected from the front line.

“The answers to our problems do not lie within the walls of our organisations. We have to work with others to create critical mass, better services and levels of savings. That feels like a real issue at the moment,” he said. 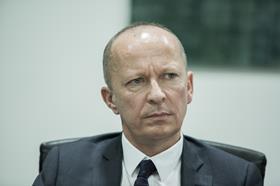 Glen Burley, who runs both South Warwickshire Foundation Trust and Wye Valley Trust, added: “Increasingly we are being told we need to be out there doing the system stuff, the influencing stuff… but the burning platform is about workforce. It’s that dilemma of needing to be out there more than we ever have against what we are here for – the staff.”

In earlier days he had been “getting my hands dirty” working with staff to find solutions and to build teams, he said, but there was a need to back off, to influence rather than manage and to work with others from outside the organisation without having all the levers a chief executive was used to. 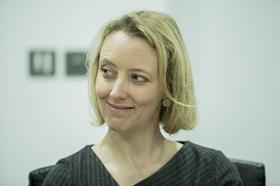 Korn Ferry associate director Kate Wilson said she was hearing very strong narratives from chief executives about their role in a wider system – but this was often very context specific. The role seemed more strategic than before and there was a greater requirement to create a narrative around what they were there for and where they were going.

Chief executives not only have to change their focus but to bring their boards – often appointed in less complex times – with them. Clare Panniker – who now runs three trusts in Essex – said a big part of her role was to challenge some behaviours and assumptions about the acute model of care and to explain to people that hospitals needed to shrink.

“It is all about collaboration, shrinking, supporting primary and community services in a completely different way,” she said. This could be difficult with people such as non executives who had come into post in foundation trusts when priorities were different.

Finding ways to cope with the demands of the new role is important. For Sarah Jane Marsh, of Birmingham Women’s and Children’s Foundation Trust, the support of a deputy – effectively a managing director – was crucial, but she said she still needed to be involved and not be disconnected. However, she argued that the fundamentals had not changed as her role had developed – in particular the values she held were the same over the eight years she had been a chief executive.

“There is a bit of a danger that it is articulated as being a bit more fluffy…sometimes I have to be absolutely ruthless,” she said. “It does remain a job where it is all on you – you are the accountable officer in a foundation trust.”

But can chief executives really deliver sustainable organisations? Michael Wilson, of Surrey and Sussex Healthcare Trust, was pessimistic. “When I look back on my 37 years in the NHS I can”t really remember anything being turned about not in a sustainable way,” he said. “If we don’t work with our workforce and through them in a very different way we won’t get where we need to be.”

But has the level of scrutiny of NHS chief executives increased? Mr McLellan pointed to the role of social media and changing expectations of the public as factors which might make the job tougher.

Several of the chief executives had had personal experience of hostility on social media. Ms Panniker described the experience of “an angry person” tweeting at her on a Saturday night. “It can feel very personal,” she said. “I think as a new chief executive I would have been distraught at some of the things which have been tweeted at me over the years.” 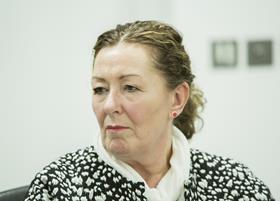 Jackie Daniel, who leads University Hospitals of Morecambe Bay Foundation Trust, agreed “there is no hiding place. You have to be authentic and open. Knowing where you come from and be really honest”. Knowing how to use some of the levers available – such as relationships with community leaders and using social media – was important. 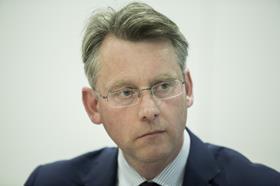 Leeds Teaching Hospitals Trust chief executive Julian Hartley pointed out one of the new factors for chief executives to cope with was the speed with which issues could suddenly explode. “When you are in the eye of the storm, it is a difficult place,” he said. Some older chief executives had had media training focused on TV and radio rather than the reality they now face while younger staff were much more used to this world, he pointed out.

But whatever the challenges are there was a strong sense that chief executives jobs remain rewarding and worthwhile – and that it needed to be “talked up”, with an emphasis on the positive rather than just the negative.

“It is just the most amazing job ever. I have to pinch myself that I do something that I love so much that pays me well and which is so rewarding,” said Ms Marsh.

Advice to other chief executives 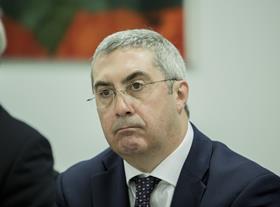 Roger Spencer, of The Christie Foundation Trust, stressed that they were increasingly being asked to take a population-based view – which specialist trusts were used to having to do.

Mr Hartley pointed out that first time chief executives used to start their career in smaller organisations which were seen as being less challenged.

But now they had as many challenges and were not an easy starting point. Mr Wilson said it was easy to be seduced and flattered into taking up a role and then discover there was no support in place. Asking the outgoing chief executive what the level of support was would help.

Several chief executives felt that they needed to be authentic. Mr Burley urged: “Be authentic and find yourself somewhere where you can be yourself. Talk to the whole senior team about what the vision is and how it works.”

He also stressed the need for a fit between chief executives and the job, favouring an “organisation on a human scale” and acknowledging some organisations would be too big for his style of leadership.

For Mr Hartley, a sense of identity or familiarity with where he worked was important as well. He was concerned about preparing managers for more senior roles: steps to prepare people for more senior jobs in Leeds including a shadow board involving senior managers to help them get used to the process of being held to account.

However, he added leaders missed the opportunities to network with colleagues within an SHA area.

He advised new leaders to strengthen relationships within their own organisations rather than being “seduced” by the strategic picture. “For a first time chief executive being attentive to their people is hugely important.”

For Mr Webster living your values was important. He warned “There will be a point where you have to make a judgement about doing the right thing. Your values will guide you in that”. With chief executives involved in the “biggest workaround in history”, he urged them to make sure that accountability and responsibility stacked up.