Doctors should be encouraged to enter into leadership roles. It is essential for raising the standard of patient care, writes Chris Ham 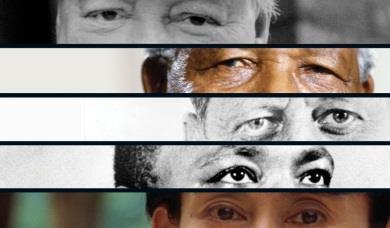 This matters because the Francis report highlighted that one of the factors behind patients dying unnecessarily or being harmed at Stafford Hospital was the disengagement of doctors. The report paints a picture of a hospital where many doctors and nurses chose not to act when patients were neglected and did not appear to take or accept responsibility for the quality of care those patients received.

Several studies show a clear and positive relationship between medical engagement and organisational performance, reinforcing Lord Darzi’s argument that involving doctors in leadership roles is not an optional extra but central to raising standards of patient care. Why then does so much still need to be done almost 30 years after Roy Griffiths argued for medical leadership to become a much higher priority in his seminal report on NHS management?

The answer can be found in part in the growth of managerialism and the reliance of successive governments on general managers to implement wave after wave of healthcare reform.

Substantial investment has supported the leadership development of general managers, whereas much less has gone into supporting doctors to become leaders.

Other barriers include: ill-defined career structures for doctors who may wish to move in and out of leadership roles; the insecurity of these roles; the lack of financial and other incentives; lack of skilled coaching and mentoring support; and the persistence of a culture that does not value these roles and often sees medical leaders as “going over to the dark side”.

Research has found that medical chief executives perceive themselves as gifted amateurs rather than skilled and trained professionals. There are, of course, some notable exceptions. A number of the trusts we studied prioritised the development of medical leaders through investment, talent spotting, succession planning and appointment processes and appraisals − and they are reaping the benefits. But even in these trusts we found an engagement gap between medical leaders and other doctors.

The gap that exists between doctors who are medical leaders and those who are not underlines the importance of organisational development that is focused on engaging staff. This is essential for the development of “followership”, without which doctors in leadership roles are doomed to fail. The autonomy of doctors means they are led through influence and persuasion − this is best done by respected peers.

The NHS must redouble efforts to strengthen medical leadership in order to bring about the step-change needed to respond to the Francis report and enable trusts to tackle the unprecedented financial and service pressures. This applies as much to commissioners as providers in view of the expectation that GP leaders in clinical commissioning groups be in the vanguard of innovation and improvement. Our work at the King’s Fund suggest there are five priorities:

The challenges facing the NHS in responding to the Francis report, together with the need to find unprecedented efficiency savings, can only be met through the active and enthusiastic engagement of doctors. This must be done in collaboration with other clinicians and the support of managers. Never has there been a greater need to move medical leadership into the mainstream.

Chris Ham is chief executive of the King’s Fund. He is co-author, with Helen Dickinson, Iain Snelling and Peter Spurgeon, of Are We There Yet: Models of Medical Leadership and their Effectiveness, funded by the National Institute for Health Research