As 2020 draws to a close, HSJ takes a look at its most read stories of the year.

When Sherwood Forest Hospitals Foundation Trust realised covid’s economic fallout was likely to disproportionately affect its lowest paid colleagues and their families, it set up a financial hardship fund. Chief executive Richard Mitchell said it had made a “huge difference to a small group of our colleagues when they are at their most vulnerable”. Mr Mitchell, who is also executive lead at the Mid Nottinghamshire Integrated Care Partnership, noted the need for staff to look after their physiological needs, which loosely translated as “rest, rehydration and refuelling”.

The 50 most influential BAME people in health 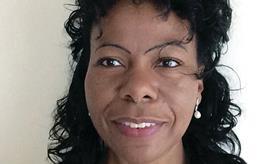 HSJ’s BAME50 lists the Black, Asian and minority ethnic personalities who will exercise the most power or influence in the English NHS and health policy in the upcoming months. While judges were told not to try to make the top 50 ‘representative’ or ‘fair’ in any way, women occupied 24 of the 50 positions, and there was a relatively even split between those with African and African-Caribbean backgrounds and those of Asian ethnicity. HSJ hopes the list may provide further ammunition for the fight to improve the NHS’ poor record on BAME representation at the highest levels.

The NHS in the time of covid: what happens next

Back in June, HSJ editor Alastair McLellan made some predictions for what the next six months would have in store for the NHS. Among those predictions, he anticipated the Test and Trace programme — specifically the ‘test’ part — would make it easier for the NHS to plan what capacity it needed for covid patients, and that messaging for staff about social distancing would need to get louder

Ian Renwick, who was dismissed from his role as chief executive of Gateshead Health Foundation Trust in September 2018, was sacked from his role as Medway FT’s improvement director after NHS Improvement “received previously undisclosed information”. Mr Renwick had led Gateshead for 12 years before he was dismissed following a disciplinary process. He was appointed at Medway in April 2020 under the direction of NHSI as part of the regulator’s efforts to improve the organisation’s performance.

NHS England is backing legislation to abolish clinical commissioning groups by April 2022, roll back competition rules, and require trusts to be part of care alliances. It has also called for integrated care systems to be given statutory status. It has also confirmed all CCGs must merge to the size of their ICS “before April 2022” and CCG functions will be “absorbed to become core ICS business”.

In January, the Care Quality Commissioner stripped West Suffolk FT — which was battling allegations it led a “witch-hunt” to try to identify a whistleblower — of its “outstanding” rating. The trust, now rated “requires improvement,” is facing fundamental questions about its leaders’ conduct and its overall performance. CQC chief inspector of hospitals Ted Baker said the trust’s “style of executive leadership did not represent or demonstrate an open culture”. The regulator also raised concerns about how not all staff felt “respected, supported or valued, or felt that they could raise concerns without fear”. Ministers had ordered NHSE and I to launch a “rapid and independent” review into the trust. 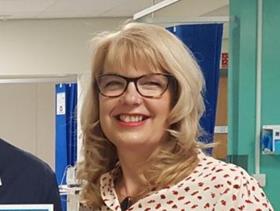 Louise Robson, chief executive of Stockport FT in Greater Manchester, suddenly announced her departure to take up a secondment role with NHSE in November. She had been in post since January 2019. This came after a difficult 18-month period in which the trust struggled to make improvements to the quality and performance of its emergency services. Karen James, chief executive of the neighbouring Tameside and Glossop Integrated Care FT, agreed to lead both the trusts on a joint basis for 12 months.

The CQC launched the first prosecution of an acute trust for failing to meet fundamental standards of care in October. East Kent Hospitals University FT faces two charges relating to the death of baby Harry Richford and the risks posed to his mother during his birth. Both charges are under regulation 12 of the Health and Social Care Act 2008. The trust is accused of failing to discharge its duty under regulation 12 in that it failed to provide safe care and treatment, exposing Harry and his mother Sarah to a significant risk of avoidable harm.

Hillingdon Hospitals FT chief executive Sarah Tedford resigned in August, citing “family reasons”. It came after controversy surrounding a temporary closure of the hospital’s emergency unit due to coronavirus staffing problems. At least 70 members of staff had to self-isolate, some of who tested positive for covid-19. It was earlier reported by the Guardian that Ms Tedford had sent a message to staff which appeared to blame some of them for the outbreak as they did not wear appropriate mask or adhered to social distancing.

In July, Brighton and Sussex University Hospitals Trust and Western Sussex Hospitals FT announced plans for a full merger, creating a mega trust with a turnover of more than £1bn a year — the first in their region. Although the trusts had previously said they would form a permanent group structure with shared leadership, their shared chief executive Dame Marianne Griffiths said the trusts had decided they needed to revisit the options “in the light of the changes in the NHS and the recent successful joint working between the trusts”. Western Sussex retained its “outstanding” rating from the CQC in an inspection last year, while BSUH has improved its rating to “good” after a period in special measures.