A council chief who also led a clinical commissioning group as part of plans to pave the way for a new accountable care organisation has stood down with immediate effect. 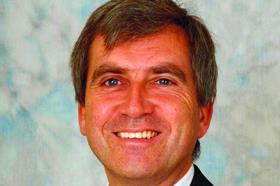 Steven Mason said ‘it is an appropriate time for new leadership’

The council announced on Thursday that he has resigned from the council, and he will not continue his role at the CCG.

HSJ revealed plans for the joint role in December, but the move was delayed because Mr Mason and NHS England had not reached an agreement on the appointment.

Mr Mason said: “It is with sadness that I have decided to leave the council after nearly 15 years’ service to the residents of Northumberland.

“The council’s approach and direction will change significantly following the recent county council election and it is an appropriate time for new managerial leadership at a time when the political leadership has changed with a radically different agenda.”

The CCG said Mr Mason will no longer be able to fulfil his role as accountable officer because it requires a link to the local authority as part of the progression to an ACO.

A CCG spokeswoman added: “As work gathers pace towards the formation of the ACO in July 2017, the council will continue to support the CCG and work in an integrated way.

“In the short term, the council has made a commitment to work with NHS England to make an appointment to this role on an interim basis. Details of this appointment will be announced as soon as they are finalised.”

The CCG has been struggling financially, forecasting an end of year deficit of £31m for 2016-17, and was one of a number of groups rated inadequate by NHS England last July.

The joint role was to form part of the transition to the Northumbria ACO, which was due to go live in April but has been delayed indefinitely.

HSJ understands the role was created to allow the council and CCG to effectively form one commissioning body for health and social care. The organisations cannot formally merge because legally both must continue to exist to fulfil their statutory commissioning duties.

When it launches, the ACO will take on the budgets for all services except primary care, making it a “partially integrated” primary and acute care system covering a population of 320,000.

Northumbria Healthcare Foundation Trust will hold the single contract for acute, mental health, community services and adult social care services following a prior information notice, which closed in September. The trust was the only provider to express an interest in running the new care model during the process.

When the ACO goes live the majority of the CCG’s staff will be moved over to Northumbria Healthcare, while the rest will remain part of the CCG to fulfil the CCG’s statutory commissioning duties.

However, the contract has still not been designed and the business case for the new care model was only submitted at the end of April.