When it comes to decisions around health and social care, there needs to be a bottom-up approach involving local leaders and not top-down pre-determined solutions. By Mark Lloyd 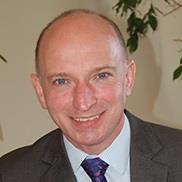 There are few people who would argue against the need to have a health and care service that reflects the needs of local communities. Integrating health and social care is more vital than ever before, and as we battle a perfect storm of demographic, financial and health pressures, we must make sure we don’t lose sight of ensuring that we remain focussed on wellbeing, prevention and helping people to lead happy, safe and healthy lives.

I recently had the pleasure of speaking for the first time at the Institute of Healthcare Management, for the launch of Richard Vize’s insightful report Swimming together or sinking alone, in which he did an excellent job of driving home the need for organisations to move away from working in silos and coming together to address the needs of communities.

We all accept that we need a system where people are able to remain at home for longer, stay well and remain independent for as long as possible, instead of languishing in a hospital bed with nowhere to go. But despite the multitude of voices singing from the same hymn sheet on this, I’m left puzzled by the tendency to overlook the key group of people who make the decisions about many of these issues – councillors.

Why are councillors, the policy and budget decision makers in local communities, often a belated bolt on to the debate rather than at the centre of discussions around health and social care?

We have seen this in particular with Sustainability and Transformation Plans. Many politicians in local government were unhappy about the NHS’s unilateral decision about STP footprints and being left out of the debate over the plans’ contents.

Call me biased, but local government is full of talented, passionate and committed staff. Having spent a large part of my career working as a chief executive of councils, I know this only too well. As a council chief executive, my job was to be the principal policy adviser to elected councillors.

But it is councillors, as the elected representatives of their community, who make the decisions. They are the ones who set council policies and budgets, while the other part of the chief executive role is to implement those decisions.

This begs the question why are councillors, the policy and budget decision makers in local communities, often a belated bolt on to the debate rather than at the centre of discussions around health and social care? Local government is the key to unlocking community understanding – our councillors know how to best approach significant change and speak to their communities in a way they truly understand.

Despite 40 per cent cuts in government funding over the last Parliament set against a growing and ageing population, councils have done a remarkable job of delivering services while balancing the books. This is even more impressive when you consider the immense scrutiny councillors are under, not least from the electorate.

But in local government there are no bailouts or deficits. Councillors make sure that councils live within their means despite the extreme demands and pressures they face on a daily basis. They also face significant budget challenges over the coming years, not least deciding whether to add social care precepts to council tax, which would place further financial pressures on households.

This brings me on to the most important thing about councillors. They are not just elected to run a council, they are leaders of their communities.

With their invaluable local knowledge and insight, councillors will often be able to inject new and fresh ideas that result in much improved solutions

They advocate for and defend the interests of residents. They are voices of communities at times of crisis, whether a major flooding outbreak or the loss of a big employer.

They also rightly expect to be involved in developing any proposals that will impact on their communities. So when it comes to shaping health and social care, we must not exclude councillors from the conversation.

They will want to know the options being considered, and with their invaluable local knowledge and insight, will often be able to inject new and fresh ideas that result in much improved solutions.

Councillors up and down the country have supported the growth of local economies, driven house building programmes, overseen improvements in public health, clamped down on scams and rogue traders, maintained and expanded transport systems, kept our streets clean and collected our waste, protected and looked after vulnerable children as well as delivered social care for older people and those with learning disabilities, physical disabilities and mental illness.

So when it comes to decisions around health and social care, there needs to be a bottom-up approach involving local leaders, not top-down pre-determined solutions.

Councillors really are the unsung heroes of our communities. They genuinely want the best for the people they are elected to represent.

They may not be the cheerleaders for every change to public services, but for me the warning is clear: fail to engage councillors and you can be sure of their vociferous opposition.