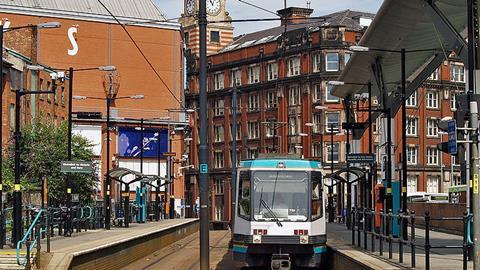 NHS staff who were part of the response to the Manchester Arena bombing were honoured by the great and the good of the health service at HSJ’s annual Patient Safety Congress last night.

The 10 staff, who were special guests at the prestigious event in Manchester, were presented with a unique Outstanding Contribution award for the bravery and their professionalism following the attack in May, which killed 22 people.

Co-host and HSJ patient safety correspondent Shaun Lintern said: “This city suffered so much and we couldn’t come to Manchester without doing something to mark the tragic events and the fantastic response of NHS staff to what happened at the Manchester Arena – just a few minutes from where we are tonight.

“In the moments after the bomb went off more than 60 ambulances rushed to the scene; in total more than 250 people were injured; 116 people received inpatient care at hospitals across the city, with at least a third of victims being children.

“Four days after the bomb 66 people were still being treated at eight hospitals, with 23 in critical care. Some staff worked 24 hour shifts while others reported for duty to help out on the night despite being off duty. So many turned up that they had to be told to leave.”

This year’s Patient Safety Awards celebrated projects from across the health service which have helped deliver measurable improvements to patient care. See the links on this page to read about all 21 category winners.