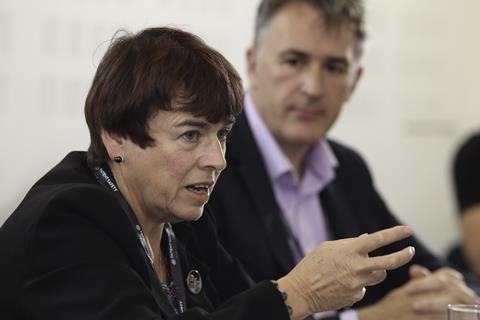 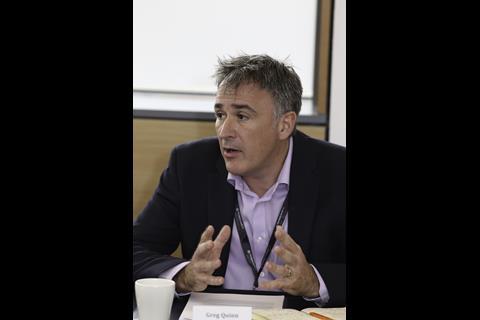 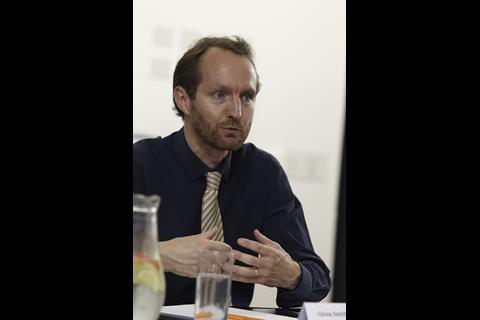 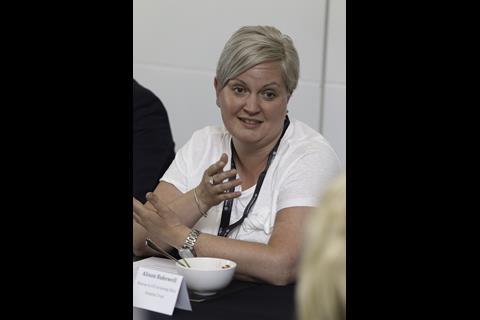 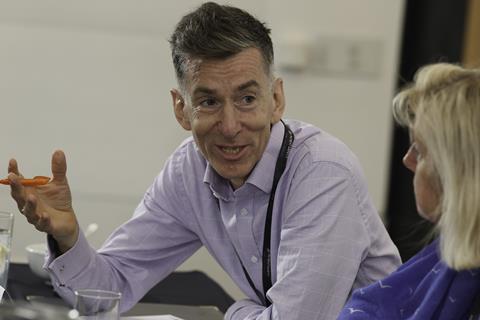 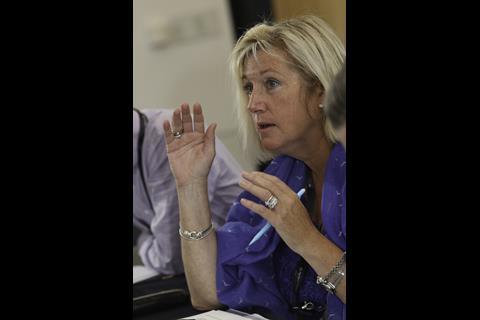 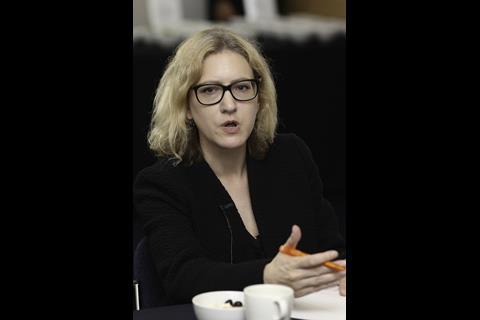 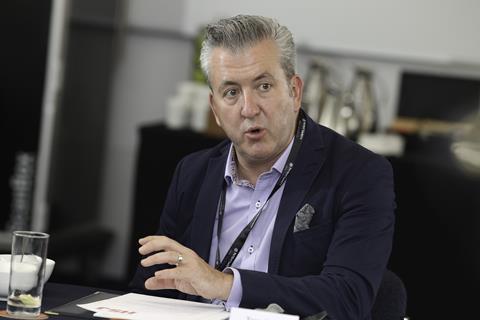 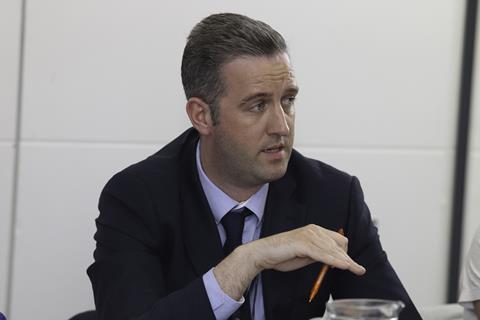 Working closely with industry partners and suppliers could help the NHS improve patient safety – but there are a number of barriers which need to be overcome, argued panellists at an HSJ roundtable held at the Patient Safety Congress in July.

In association with BD

These include balancing the pressure to make savings now with longer term benefits, ensuring that clinicians are engaged with procurement decisions, and making sure that reducing unwarranted variation is not at the expense of innovation.

Panellists at the session, sponsored by BD, were optimistic about what could be achieved if all partners listened to each other and worked together.

Andrew Davies, director of market access at the Association of British Healthcare Industries

Improving patient safety is a key aim of the NHS and many who work in it spend much of their time striving for improvement.

But the care the NHS provides is influenced by the products it uses as well as the actions of its staff and its internal processes. Are there unexplored opportunities for the industry partners who provide those products to help improve care?

The answer from the round table panel was a resounding yes – and that, although there are barriers to doing so, there was real optimism that these could be overcome with positive outcomes for patients.

Introducing the debate, chair and HSJ correspondent Sharon Brennan pointed to a speech the new Care Quality Commission chief inspector of hospitals Professor Ted Baker had given, where he stressed the NHS was “not yet there” on developing a patient safety culture. So how, she asked, could industry partners help with this?

Greg Quinn, director of public policy and advocacy at BD, was quick to point out that many in industry were keen to take up this challenge.

“We want to facilitate a lot of innovation and change and come to the table with offerings to support people and share our learning,” he said. But he added the culture around safety was more important than “gadgets and gizmos”.

Many panellists spoke of the challenge of combining financial stringency with purchasing decisions that represent “best value” – often over a longer period of time while “savings” are demanded within the financial year.

Eye on the future

Joe Lever, director of procurement at Salford Royal Foundation Trust, said; “All of what we do at the moment is short term fixes. We all have cost improvement programmes to meet each year – we have to balance that with clinical outcomes.” The challenge was to work with partners to ensure that costs were controlled while also having an eye on the longer term, he added.

But how much of a role does that allow safety to play when procurement decisions are being made? Many people said it had to be balanced with cost – with one making the point they had never seen a procurement based entirely on safety. How safety is then embedded in the procurement process becomes important. Small details can matter but this may not always be visible to others.

Tony Kelly, national clinical director for national maternal and neonatal health safety collaborative, said: “Someone may be very used to the tactile feeling of a suture… that may have downstream effects. The ergonomics of this is not thought through but they are integral to the human factors element of safety.”

The views and concerns of all those involved needed to be built in even before the procurement process started.

Another difficulty was the need for proof about future savings – which may not come out of the same budget as the money which is needed to invest in a better product. Glenn Smith, patient safety lead at the Isle of Wight Trust, said the evaluations might not have been done and companies differed in the extent of the business cases they had available to illustrate the case for investment in products.

“We ended up with pressure ulcers building the economic model from the bottom up… that was the only way I could build a business case,” he said.

Procurement rules can also make it difficult to adopt innovation or preferred solutions. Dr Diana Hamilton-Fairley, medical director at Medway Foundation Trust, said it could drive trusts to have to go through a competitive and protracted process – something Mr Lever acknowledged could be a frustrating process for all concerned.

Challenges to procurement processes were also an issue – Dr Hamilton-Fairley had been involved in one case where an overturned decision created an “unsafe situation” where clinicians would not use a piece of equipment because of their concerns about its safety.

Assessing the impact on safety – and the overall changes in costs – becomes even harder when a product is used in a complex pathway. Dr Kelly said it could be hard to isolate the impact of a change at one point and work out the savings, and a new product might change behaviours at other points along the pathway.

The impact of a purchasing decision on patient safety is not just about what is bought, however. It can be about how staff are trained and supported in using it. Professor Jane Reid, clinical lead at Wessex patient safety collaborative, said there should be an expectation that suppliers should continue to support the purchaser in using equipment. Harm could be worsened if people had not been educated in using it.

Mr Smith said that staff needed to be able to use equipment “at 9pm on a Saturday night when I am not there”.

NHS staff often have personal preferences about what equipment they use. This can have implications for costs but it can be difficult to overcome. Mr Lever spoke of supplier behaviour sometimes working against the best interests of the trust – even trying to manipulate decisions. Working with suppliers in these situations can mean a high standard of transparency and ethical behaviour is needed from them – and what Dr Kelly called “a permanent sense of improvement.”

He suggested that an underlying ethics and commitment to this was important in the relationship with industry. Dr Hamilton-Fairley said that future costs could sometimes be an issue – for example when the cost of something dramatically increases in the second year of use. “We don’t have a Go Compare,” she said.

But industry representatives were keen to see high standards of behaviour. Director of market access at the Association of British Healthcare Industries Andrew Davies said that the reputation and conduct of the ABHI’s members was “paramount” and there was now, for example, increased focus on conflict of interest.

Many clinicians round the table had experience of working with partners on innovations. Dr Hamilton-Fairley explained how Innovation Hubs had helped working with industry, citing the development of a way to look at the inside of an ear and send photos to an ENT surgeon using a smartphone. This enabled quick review of patients who might – or might not – need to see a specialist.

“This partnership and collaboration is an extremely valuable way to go….you get more ownership by the clinical community that it is a safe product,” she added.

Dr Kelly felt that there was a need to look at products and pathways. Industry partners could help to make products more user friendly and impact on safety through human factors, but importantly needed to be “part of the system.”

NHS organisations are under pressure to reduce unwarranted variation in purchasing, as much as in care. But there is a balance to be struck between reducing variation – which can reduce costs and offer some safety benefits – while still allowing innovation and the appropriate choice to be made for each patient.

How much choice should clinicians have when using expensive products such as hip prostheses? With trusts using nine different prostheses was this just clinical preference, driven by patient differences, or something else at work? Dr Kelly pointed out that sometimes reducing variation released savings which could then be reinvested in that clinical area which might drive acceptance among staff.

Mr Davies expressed concern about increasing centralisation and said: “We need to ensure that there is clinical choice further down the line.” How products were used tended to differ from place to place, he added.

Professor Reid saw a need for standardisation based on demonstrable outcomes – rather than cost and price driving decisions – and a more joined up approach. “I think there needs to be at national level much more strategic engagement with industry to create a policy framework about how we move forward”.

She pointed out that staff on the ground could sometimes feel overwhelmed by the volume of information they received on products and wanted information filtered; when her Academic Health Science Network had offered to share evaluations staff, its trusts raised concerns that they would be swamped by additional information.

And there can be particular challenges in fast-moving fields when new technologies may appear promising but not have the normal body of evidence and evaluation complete, said Dr Kelly.