Excellent care supplement: Taking NHS standards to the next level

3
Supplement: Think on your feet for the best diabetes care
Pharmaceuticals

Supplement: Think on your feet for the best diabetes care 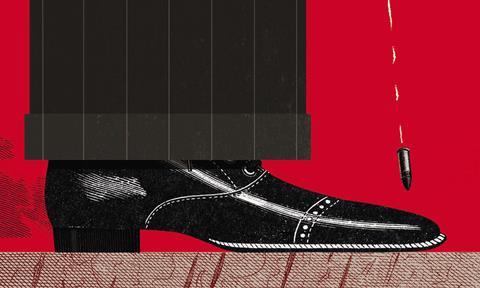 Think on your feet when it comes to diabetes care

Think on your feet

Ask Sanjay Desai about the consequences of failing to get medicines right in the care for people with diabetes and his answer is pretty grim. “Foot amputations, stroke, heart disease, and much more,” he says. “This stuff is really important.”

Mr Desai, associate director for medicines optimisation at Berkshire West clinical commissioning groups – a federation of several CCGs – has been involved in a radical redesign of the diabetes pathway to improve care for patients and ensure a better deal for the NHS.

As a pharmacist, he knows the value of good medicines management, and believes that patients need support to get the best out of their treatment. Mr Desai says: “Sometimes there can be side effects or dosage problems. A lot of patients simply don’t take their medicines, and we know that the more drugs they are prescribed, the higher the chance they won’t take them all.”

When it comes to diabetes care, the stakes are high, in financial as well as human terms. Simon O’Neill, director of health intelligence and professional liaison for the charity Diabetes UK, says diabetes accounts for a big part of NHS spending. Most estimates put it at around 10 per cent. Medicines for diabetes are part of that, accounting for around £1 in every £10 in the primary care prescribing budget. But the real cost comes when diabetes is not well controlled.

“Around 80 per cent of the spend on diabetes is actually spent on treating complications, such as amputations and dialysis,” he says. “Good medicines management is part of preventing complications – it’s about prescribing the right thing, and supporting and enabling people to manage their condition.”

‘The real cost comes when diabetes is not well controlled’

But who should be responsible for ensuring that patients get the best out of their drugs? “Five or six years ago, diabetes wasn’t seen as being as much of a priority as it is now,” says Mr Desai. “And 15 years ago, it wasn’t really on the agenda for primary care; it was a secondary care issue. But now I’d say that, along with respiratory [diseases], diabetes is one of the main priorities in primary care.”

People with type 2, the vast majority of those with diabetes, will mostly be looked after in primary care. This has made it vital to upskill primary care professionals, including GPs and practice nurses, he says, as well as supporting patients, through education, for example. 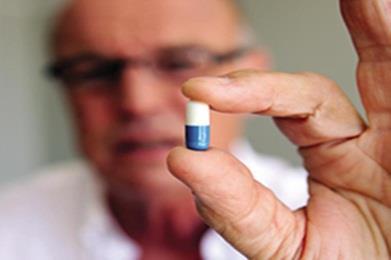 Medicines management is the need of the hour

The relatively recent shift to GP practice based care brings its own challenges, he adds. “The primary care workforce is at breaking point. We need to manage care in the most effective way we can. Using pharmacists in general practice can be a good way to help people manage their medicines more effectively.”

Mr O’Neill says CCGs have a vital role in medicines optimisation – but getting prescribing right is part of a bigger picture.

‘Getting prescribing right is part of a bigger picture’

“Some 50 per cent of people with type 2 diabetes don’t take their medicines as prescribed within two years,” he says. “But you’re not going to improve medicines optimisation without lots of other things in place, such as education and care planning, which put patients at the centre of care. If you haven’t got elements like that, then people aren’t necessarily going to understand what the tablets are for.”

The Berkshire West federation – made up of Newbury and District, North and West Reading, South Reading, and Wokingham CCGs – has taken precisely that approach, and it is beginning to pay off, says Richard Croft.

A GP, Dr Croft is diabetes lead across Berkshire West CCGs, and clinical lead for diabetes at the Thames Valley Strategic Clinical Network. “This means I have strategic input to CCGs beyond my own,” he says.

Ross Selby on the best use of medicines

You can have the best medicine in the world, but it must be prescribed to the right patient, at the right time – and then taken in the right way.

If it is not, then it is a waste for the clinician who prescribes it, the pharmacist who dispenses it, and the NHS that pays for it. Most of all, it is a wasted opportunity for significant health improvements for the patient.

Getting this right and helping to ensure that patients get the most out of their medicines is in everyone’s interests – from a patient, pharmaceutical company, prescriber and payer perspective. If our medicines work effectively and improve patients’ health, this can enhance their ability to lead productive lives and overall costs of care can be reduced.

Fortunately, there’s never been a better opportunity to see how medicines are performing. This goes beyond simply analysing clinical trials to also focusing on real world patient experience. Although clinical trials remain the foundation of this process, they are only part of the story.

Technology is now allowing us to measure dynamically what’s going on in practice in a better way. It’s a real opportunity for clinical commissioning groups, for example, to review outcomes for patients by using new technology that essentially brings visibility to data across patient record systems.

This is a leap forward when it comes to seeing how medicines are performing, real life, in real time, and is particularly important in managing long term conditions such as diabetes, end to end, focusing on outcomes.

This much fuller picture helps us to identify where the potential challenges can arise: are clinicians using the optimum medicine for each patient? Are patients taking their medicines correctly? Are there mechanisms in place, such as patient education programmes, to help patients get the best out of medicines?

This is not just the job of commissioners and CCGs; the pharmaceutical industry needs to play an important part too. Takeda UK is committed to playing an important role in the future of medicines optimisation.

We all have to work together, from commissioners to the healthcare providers, industry and patients themselves in delivering patient focused care.

Ross Selby is director of market access at Takeda UK

The approach of Berkshire West’s “Diabetes sans Frontieres” project is relatively new. Service redesign began in 2012, when the then Berkshire West Primary Care Trust was identified as third worst performing PCT on a key measure of diabetes control (HbA1c attainment) in the 2010-11 national diabetes audit.

This shock result drove a major change to the diabetes pathway that has included, among other things, appointment of a consultant community diabetologist who works between primary and secondary care, a focus on patient education, and a shift to a care planning model.

Importantly, however, there is also a strong focus on medicines optimisation. “From the beginning, our medicines management colleagues have been singing from the same hymn sheet,” he says. “For example, there’s heaps of evidence that cheap human insulin to control type 2 diabetes is every bit as good as more expensive insulin analogues, so we should be prescribing it across the whole area.”

Prescribing quality schemes – where GPs are essentially incentivised to prescribe in line with agreed guidelines and use human insulin with the lowest cost – are one way of making it happen, says Dr Croft. “Secondary care is now on board too, so we’re saying the same things across the board.”

Companies selling insulin have been very responsive and happy to engage with the new regime, he says, ensuring a better deal for the NHS and, indeed, for patients.

Results so far are good, with the proportion of patients hitting target HbA1c levels increasing from 46.5 per cent in June 2012 to 59.5 per cent by December last year.

Dr Croft agrees that medicines optimisation, while important, is not the silver bullet to solve every issue. Other important steps in Berkshire West have included setting up multidisciplinary virtual clinics to discuss patients with poor control, and changes to the medical records system to give a clear view of how care is delivered at a practice level.

He points out that getting diabetes care right is hugely important, not just to individual patients, but to the health service budget as well, and that includes making the best use of medicines.

“Renal failure, for example, can cost £35,000 per year [cost of hospital based dialysis]. There’s a big focus at the moment on prevention of diabetes. Well, what we’re doing is secondary prevention - we’re stopping eye disease, kidney failure, foot amputations. Getting medicine right is helping us to do that.”

Excellent care supplement: Taking NHS standards to the next level