More than half GP federations and networks cover more than the 70,000 upper limit suggested by NHS England as its preferred model, while 5 per cent are smaller, analysis reveals.

An HSJ analysis revealed there are 328 groups or large-scale providers or GP groups of some form, including federations, networks, super partnerships and collaborations. 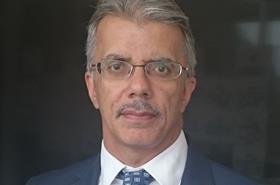 NHS England said last week that it wanted GP practices to be grouped into “hubs or networks” covering populations of at least 30,000 to 50,000, while its primary care director said populations ranging up to around 70,000 were likely to fall into the “magic” size required.

HSJ asked all clinical commissioning groups to provide information on the large-scale GP providers and groups within their area, and 207 of the total 209 responded.

Twenty-seven CCGs said they had no large GP groups or providers in their area at all.

Arvind Madan, director for primary care at NHS England, told HSJ this week that 30,000-50,000 population was a “magic” number.

Dr Madan said: “What we’ve observed, and I’ve kind of lived through this in Tower Hamlets back in 2007, dividing in to groups of four or five practices you get stuff done in a way you actually don’t if you’re in a group of 10 practices because if you’re in a group of 10 no one notices when a particular practice isn’t attending the meetings, isn’t engaged and they kind of drift off and die.”

Professor Helen Stokes-Lampard, chair of the Royal College of GPs, said: “Our population is changing dramatically and GPs and our teams are open to new ways of working to cope with the extra demand this brings. But there is no one size fits all approach, and GP practices must be able to choose the best ways of working to best fit the needs of their local population.

“It’s encouraging to see an increase in the number of general practice groups working at scale across the country – and that so many patients are potentially benefiting from this way of working. The college has been supportive of at scale initiatives, particularly the formation of federations of practices across a geographical area, allowing them to pool resources in the best interests of patients.

“But working at scale is unlikely to work everywhere, and for everyone, and GPs must not be made to feel as though it is being imposed on them.”