What the NHS can learn from the Battle of Britain

The NHS can learn from Britain’s iconic national battle but only if we understand what really happened and ignore naive popular myths, writes Stephen Black 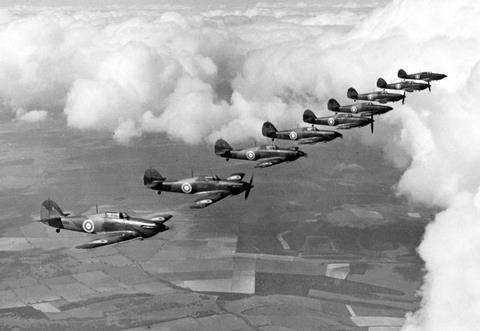 The 75th anniversary of the Battle of Britain found me re-reading one of the most insightful histories of the battle. I came away with some lessons that apply to the current situation in the NHS.

The core lessons relate to how the RAF won the battle and how different the reality is to the popular myths that form a dense fog of comforting but misleading confusion.

The NHS is also beset by myths about how it works and what is wrong with it. We imagine heroic doctors and nurses battling a stifling, politicised bureaucracy to offer the best care in the world to patients, and therefore, suppose that more frontline staff, less political interference and fewer managers would put the system to rights. Unfortunately, much of this is wrong and, more importantly, none of it will help us choose which actions will preserve and improve the NHS over the next decade.

Learning the right lessons from the Battle of Britain might.

The Battle of Britain: myth and reality

The popular myth surrounding the Battle of Britain has many elements. One is that Britain fought heroically against overwhelming odds and a methodical and well prepared enemy. Another is that the RAF’s success depended on Britain’s possession of superior technologies (like the Spitfire or Radar) developed by a small number of scientific geniuses.

Yet another is that success was due to the supreme heroism of a small band of fighter pilots who bravely defied the well organised teutonic hordes.

There are snippets of truth in the myth (without them it would not gain any traction in our imaginations). Mostly, though, the myths mislead and teach us nothing useful. But a good understanding of what really happened might.

The source for the real lessons is Stephen Bungay’s masterful history of the battle: Most Dangerous Enemy: A History of the Battle of Britain.

Bungay sums up one of the problems about the belief in the traditional myths in his summing up:

These elements of the myth have had a nefarious influence on the way the British have understood themselves. They suggest that we came through by the skin of our teeth, because of innate superiority and divine providence (usually called “good luck”).

These things saw us through then, so it must be all right to rely on them in the future. By the same token, if everything starts to go wrong, there is not much we can do about it.

Either we are in fact worthless after all, or the gods have deserted us. So we either run ourselves down or blame circumstances outside our control. Both of these reactions are counsels of despair and both are based on complete fantasies.

The way in which the battle was actually won offers us far more worthwhile lessons, both for the present and the future.

I’ll go through just a few of the key myths and then look at what actually happened to draw some lessons for our current situation in the NHS.

Many assume that the technological superiority of the Spitfire and Radar, the inventions of British technological geniuses, were key to winning the battle. But the Germans had Radar first and, while superior the BF109, the Spitfire was not superior enough to be decisive by itself (besides Hurricanes shot down more Luftwaffe fighters).

The idea that Britain was unprepared for the battle and somehow muddled through via the efforts of a small band of RAF heroes is also false. Bungay reports: …Fighter Command was the best prepared fighter force in the world, by a considerable margin.

Understanding why and how this was true is critical to learning anything useful from the real history of the battle. Again Bungay’s words provide a pithy summary:

In their “finest hour” the British behaved quite differently from the way in which they usually seek to portray themselves. They exhibited a talent for planning and organisation which, in its Teutonic thoroughness, far outstripped that of the Germans. They left little to chance, planned for the worst case and did not rely on luck. Given all this, it is hardly surprising that they won. It is, on the other hand, quite extraordinary that they should imagine they could have won by doing the opposite.

The truth is that the “secret weapon” that defeated the Luftwaffe was superior organisation of the resources available.

Churchill’s mythologisation of “the few” has led to a general belief that they were a superior breed to their German counterparts. They were not. The key difference in military performance between the antagonists was not in the pilots. The distinction which really made the difference was in the leadership.

It is worth reading Bungay’s complete book for the details (and it is, for a military history, surprisingly readable and also remarkably insightful). But I’m going to concentrate on just one aspect and one which even now 75 years later has significant lessons for how to achieve success when faced with major challenges.

The key to the success of the RAF was an organisational system for managing the fighting. This isn’t the sort of topic that makes for grand motivational speeches which is why Churchill didn’t dwell on it. The reason why Radar was so useful wasn’t because it was a great British invention that the enemy didn’t have.

It wasn’t having Radar that mattered; it was knowing how to use the information it provided to direct the fighting. The secret wasn’t the technology; it was knowing what to do with it

The Germans knew all about radar and used it themselves to great effect. They had in fact invented it first. It was in the application of radar technology to create a command and control system that the British were pioneers.

It wasn’t having Radar that mattered; it was knowing how to use the information it provided to direct the fighting. The secret wasn’t the technology: it was knowing what to do with it. It was superiority of organisation, not technology.

At the centre of the process was an idea still relevant to modern organisations: a place where all the relevant information was collected and analysed. In the RAF’s control room there was a masterful data visualisation (and all this in a world without computers):

The plotting system was a masterpiece of graphic design. Using the simplest of methods, it showed at a glance the deployment of forces in three dimensional space and used colour to convey the dimension of time.

Radar and operational data were brought together in one place so the RAF could understand what was going on and deploy its forces to respond.

It brilliantly solved the problems of dealing with massive amounts of data from a wide range of sources in a very short time and using it to exercise control over the fighting. It was a system for managing chaos.

It was this, coupled with other innovations in how to organise fighters that won the battle.

Relevant to how we run the NHS?

It is widely assumed in popular debate about the NHS that all that matters is how many frontline staff the system has and how motivated and heroic they are in pursuing their work.

Management is just something that exists to please the bean-counters and otherwise just gets in the way of the real purpose. Politicians pander to this public belief by offering to sack more managers and put more staff on the “front line”.

We have also started assuming that the challenge of future productivity can be met through the deployment of clever new technologies like personalised apps or genomics. Somehow they will enable the system to bridge the £20bn productivity gap that threatens to overwhelm the NHS with demand it can’t possibly meet.

Both these mythological beliefs have parallels with the Battle of Britain.

Had Churchill’s actions been determined by his myth making rhetoric about brave fighter pilots, he might have starved the leadership of the RAF with the people necessary to manage the battle in favour of more “frontline” pilots.

Luckily for the fate of the free world, he knew the difference between the rhetoric and the reality. The RAF got the balance between fighting resources and management resources right.

Few modern politicians running the NHS have shown any such insight. The NHS is starved of up to date, reliable information that could be used to manage the system more effectively.

It spends less on the sort of IT that would make it easy to record and analyse information effectively than most organisations of any sort. It has the lowest ratio of actual managers to staff of any large organisation on the planet.

And many of the managers are not actually managing but are overwhelmed by the corrupting reporting of irrelevant information by a political leadership that doesn’t understand how to make improvements happen (this brilliant rant from Nigel Edwards sums this up in a typically robust way).

And the strategy for IT in the NHS is disturbingly about fancy new technologies creating miraculous improvements rather than fixing the mundane and unsexy practical problems of collecting and using information that cripple the current system.

This, too, has a parallel with the German strategy during the war. German researchers produced a number of astounding advances for the air war, some many decades ahead of their time. The first jet powered fighter, the ME 262; the first unmanned drone bomb, the V1; the first ballistic missile, the V2.

They produced a great deal of false hope for the Nazi hierarchy but made bugger all difference to the outcome of the war.

A lesson to learn

The lesson the NHS needs to learn is that myths are not a good basis for deciding what to do. The reality of the Battle of Britain is that it was won by superior management of resources not by clever technology or a small band of heroic, motivated individuals.

It was won by better deployment of the resources available. This was, in turn, driven by a system designed to deliver better information to the leadership so that they could make the deployment decisions and learn which tactics were effective faster than the enemy.

Maybe this sounds dull and prosaic. It doesn’t scale the rhetorical heights of Churchillian prose that motivated the nation during the early days of the war. But doing the boring, behind the scenes organisational stuff is what won the battle.

The heroic frontline fighters would not have won if they were badly organised and badly deployed.

If the NHS is not going to be overwhelmed by growing demand it needs to learn this lesson.

Stephen BlackDr Stephen Black is a data scientist and blogger who analyses data to improve policy making and to improve the performance of healthcare organisations from GPs to hospitals.