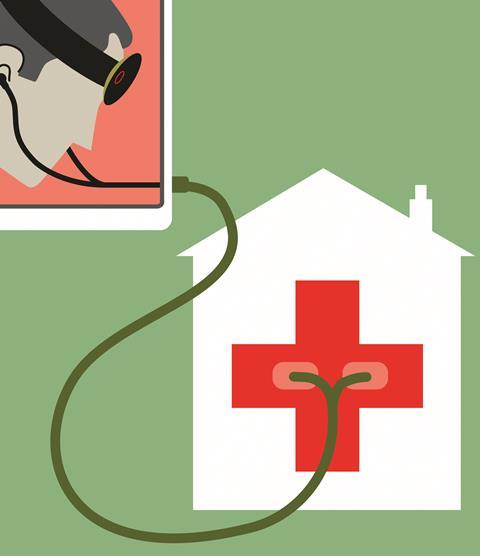 Over the last five years, the Care Quality Commission has undertaken the largest ever, most intensive and costliest programme of inspections and ratings in health and social care in England. An army of inspection teams has visited every hospital, nursing home, general practice and other care providers in the country.

A huge volume of inspection reports have been produced, and especially when the CQC has found a provider to require improvement or, worse, to be inadequate, there have been consequences. Some general practices have closed; some hospital leaders have lost their jobs; in some places changes like increased resources and staffing have resulted. But has it worked?

We have spent the last three years trying to answer that question, in a research project funded by the National Institute for Health Research, with a team of researchers from The King’s Fund and the University of Manchester.

How providers respond to CQC depends on their “improvement capability” – either their internal capacity to do improvement, or the external support they can access

The answer is complex, and we make no apology for that. Some people will be keen to leap to a conclusion that feeds their preconceptions – that it’s all a waste of time, that CQC adds no value, that inspection doesn’t work, and so on.  They could do with reading our report, and thinking carefully about the issues it raises.

There is no doubt that regulation by the CQC has been a force for good, driving improvement, especially among poorly performing providers. But it has also had some adverse effects, and has been a significant added cost to the health and care system. Our research has been focused on how best to maximise the benefits of regulation, and minimise its costs and adverse effects. We would highlight four key points.

First, regulation affects provider performance in lots of ways. It is not just about inspection reports and enforcement actions.

Most providers respond to regulatory standards long before an inspection even takes place, and savvy providers learn from the inspection reports and experiences of other providers, and try to build CQC’s expectations into their own improvement programmes. The CQC needs to make maximum use of those other pathways to impact – which may mean them inspecting less, but achieving more.

But for general practices, and social care providers, it is much less clear where that capacity comes from. We think that is a problem and may help explain why some of the providers in those sectors seem stuck at the bottom of the performance tables, unable to improve.

Third, the relationship between the CQC and providers matters a great deal, and for providers, the CQC staff and inspection teams they deal with personify the regulator. If there is a constructive, professional relationship of mutual credibility, respect and trust, it is much more likely that improvements can be made – often through informal advice and interaction.

For providers, the CQC staff and inspection teams they deal with personify the regulator. The CQC needs to invest more in recruiting, training and developing its inspection workforce

But poor relationships, adversarial attitudes, and unreasonable behaviours on either side can be quite toxic. We think the CQC needs to invest more in recruiting, training and developing its inspection workforce.

Fourth, we think it is a shared responsibility for the CQC and providers to get the most out of the regulatory process. Neither can make it work alone. The CQC needs to really live by its values, and demonstrate through its behaviours a consistent commitment to quality improvement.

But at the same time, providers need to respond constructively, to seek to make the most of CQC’s inspections, and to use them as a driver for improvement in their organisation.

People sometimes have quite unrealistic expectations of the CQC. The primary responsibility for quality sits with provider organisations and their leaders. The CQC cannot prevent every serious quality failure in a nursing home or hospital somewhere in England.

But it can be a powerful and constructive force for improvement – using its independence and the rigour of its methods to shine a light on problems and failings in health and social care which, in the past, were all too often brushed under the carpet.

One final point, which we think matters. Throughout our research we have found people from the CQC really interested in how their regulatory model works, and how it can be made more effective.

They have their own internal evaluation programme, and have not been slow to review and revise things like the inspection process.

Some of the issues we have raised are already addressed in their future strategy and plans. Of course, CQC’s regulatory model has plenty of room for improvement and needs to adapt to the changing structures of the health and social care system. There is a lot to learn, but we think they have made a pretty good start.

This article is an output from independent research commissioned and funded by the Department of Health Policy Research Programme (PR-R11-0914-12001 Provider ratings: the effects of the Care Quality Commission’s new inspection and rating system on provider performance). The views expressed are those of the authors and not necessarily those of the NHS, the NIHR, the Department of Health and Social Care arm’s length bodies, or other government departments.

Kieran WalsheKieran Walshe is a professor of health policy and management at the University of Manchester.