Former Mental Health Network chief executive Stephen Dalton – currently interim chief of the NHS Confederation – told HSJ unless there was a transparent and independent process to track the money so the public could see it was going to the services it was promised to, the plans would be an “abject failure”. 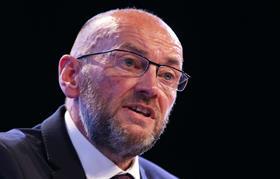 Last month, NHS England pledged £3.97bn of planned investment in mental health services by 2020-21, and set out how regulators, commissioners and providers will meet the recommendations of the Mental Health Taskforce.

Mr Dalton said: “The ‘how’ is just as important as the ‘when’. However we do it, it needs to be completely transparent and there needs to be a degree of independence around it.

“If the ‘how’ is about organisations, NHS England, commissioners and providers justifying themselves that will be an abject failure.

“All of that is not serving people who need mental health services.”

The implementation document took February’s Five Year Forward View for Mental Health as a blueprint and describes what extra cash and staff are needed to bring about the recommendations.

The four main areas that will see immediate investment are:

Mr Dalton said the proposals were ambitious and it was important to set out a long term outline of what was expected from commissioners, providers and sustainability and transformation plans.

But he said there needed to be a “transparent, independent and publicly visible” governance process to show money went where it was pledged.

Mr Dalton added: “There has to be a transparent and independent process that actually tracks the money and is very publicly visible. It’s absolutely essential and something [taskforce chair and Mind chief executive] Paul Farmer was very keen on. The taskforce members saw that as mission critical…

“Overall it’s really important testing that in a transparent and public way, whether any of the money ever reached the front line – that’s the acid test.”

An NHS England spokeswoman said the implementation plan was “crystal clear on what will be happening when, where the money is coming from, and how the staff are going to be trained”.

She said it would be led by national director for mental health Claire Murdoch with independent oversight from Mr Farmer, and backed by a new national, clinical commissioning group specific dashboard for mental health. “This is the most transparent approach to mental health improvement in the history of the NHS,” she added.

She said the implementation plan set out a series of governance arrangements including: