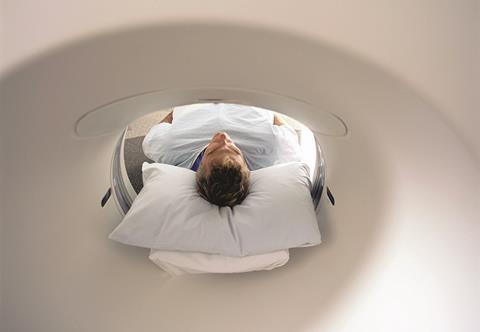 The relationship between acute hospital trusts, the medical director and the coroner is always interesting, usually in more ways than one.

Although coroners in England and Wales are required to investigate deaths, the principal means by which they establish a cause of death is at a post-mortem performed by pathologists, who are employed by acute trusts.

In 2016, it became apparent that with past and impending retirements, in late 2018 there would be a critical shortage of pathologists to undertake post-mortems across the three acute trusts in Lancashire.

Replacement by recruitment was likely to be difficult due to a decision by the Royal College of Pathologists over a decade ago to make the post-mortem training an optional requirement for histopathologists.

The lack of capability to undertake post-mortems left the coroner with the unenviable task of deciding which cases would have a post mortem and for the remainder to conduct short notice inquests requiring attendance at court/statements by treating hospital consultants to establish a cause of death. The latter option would have a significant impact on healthcare delivery to the living.

A traditional post-mortem involves opening of all of the body cavities and skull and the removal and examination of all the organs before reconstruction takes place.

In recent years, there has been research conducted into the use of post-mortem CT scanning to establish the cause of a deceased person’s death.

A 2017 research paper in the Lancet established the high correlation between PMCT and findings at an invasive post-mortem. A diagnostic rate of 92 per cent of those cases scanned was achieved by using ventilation of the lungs and injection of radio-opaque dye into the coronary arteries.

The paper concluded that in most cases either a traditional post-mortem or a PMCT was sufficient to establish a cause of death but that both traditional and PMCT post- mortems had weaknesses in certain areas. There are also a number of PMCT scanning protocols, each having a different time taken to undertake a scan and a different diagnostic success rate.

The limiting factor in Lancashire was the number of pathologists available and consequently the ventilation/dye injection protocol was selected as it potentially reduced the pathologist’s workload most significantly.

A Lancashire PMCT pilot was commenced with a lead consultant radiologist being trained in the interpretation of post-mortem CT scanning. A specialist forensic radiographer was also trained and the pathologists helpfully cooperated undertaking the external examination of the bodies.

The cases selected for scan were those of unexpected death in the elderly. The scans were conducted outside normal working hours using an existing CT scanner and proved that nearly all PMCT cases would diagnose the condition causing death.

As the cause of death was diagnosed with an imaging modality in which the radiologists were the specialists, a PMCT service could be provided without adding to the pathologists’ workload

The external examinations are undertaken by anatomical pathology technicians who have received significant additional training by a Home Office pathologist in recognising abnormal forensic signs.

Although concerns have been raised about this approach, the APTs have identified four cases of potential homicide previously described as non-suspicious resulting in one person being charged with homicide and three ongoing homicide investigations.

Lancashire County Council, the relevant local authority responsible for resourcing the coroner, agreed to support a PMCT service as the principal investigation to establish a cause of death provided it was cost neutral as against the cost of traditional post mortems.

Discussions between Lancashire Teaching Hospitals trust and the council established that neither had sufficient available capital to purchase a dedicated scanner.

The coroner, the trust and the council engaged a private contractor to provide the digital autopsy scanner and its building, hardware for storage of images and, as the scanner was to be located centrally within Lancashire, transport arrangements for the deceased from remote mortuaries.

The coroner, the trust and the council engaged a private contractor to provide the digital autopsy scanner and its building, hardware and transport arrangements for the deceased

However, provision of radiologists, forensic radiographers were to be provided by the trust and activities undertaken as part of their job plan.

This splitting of the role reduced both commercial disadvantage in negotiations and risk of a lack of continuity of service were the commercial arrangements to cease. This was in accordance with the council’s commercial strategy of spending public funds locally wherever possible.

The result is a local authority, NHS acute trust and private provider successfully cooperating to deliver free at point of delivery digital autopsy post-mortem scanning to the majority of the population of Lancashire.

This has been delivered at a less than cost or cost neutral expenditure when compared to traditional post-mortems. The PMCT service now has 14 consultant radiologists, specialist forensic radiographers and six trained APTs.

In the first three months of operation, over 90 per cent of scans established the cause of death avoiding 415 invasive post-mortems.

The comfort and benefit delivered to bereaved families by the knowledge that an accurate cause of death has been identified without resorting to evisceration of the body is considerable and not to be underestimated.

William Beveridge’s quote of NHS care “from the cradle to the grave” can now include PMCT in its care of deceased persons providing a non-invasive alternative for the investigation of death in large scale geographically dispersed populations.

Dr James AdeleyDr James Adeley is Her Majesty's senior coroner for Lancashire and Blackburn with Darwen. He practised as an ENT surgeon before leaving medicine in 1993. He requalified as a lawyer and worked in the city in mergers and acquisitions before changing roles to defend NHS trusts against negligence actions and conducting professional disciplinary prosecutions before the Nursing and Midwifery Council.