Easy does it: why slow but sure is the key to redesigning patient pathways

Redesigning patient pathways is no panacea and needs to be done carefully - but success stories from the frontline demonstrate the potential benefits. By Matthew Shelley 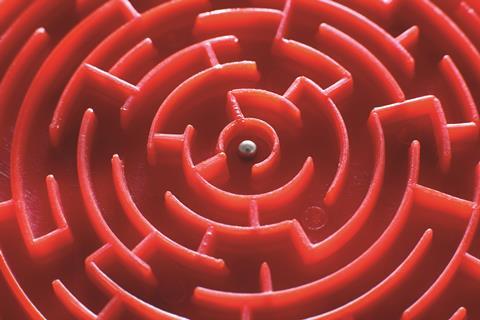 In association with Ferring

Recent years have seen a growing clamour for the health service to undertake far reaching redesigns of patient pathways to improve outcomes and reduce costs.

Yet many questions remain about what can actually be achieved and how.

The aim is often to shift the emphasis from secondary care to take pressure off hospitals while squeezing the most from tightening budgets and limited resources.

However, the authors are cautious, stating that such changes are “no panacea” and argue that, while savings may be achieved, this is not automatically the case.

According to Nuffield Trust chief executive Nigel Edwards, it is a mixed picture. “There are savings to be found, but these are more about creating capacity to deal with the growing demand - the work we did with Monitor suggests that cashable savings are difficult to achieve.

“When the real marginal costs of caring for patients are looked at, costs for out of hospital care don’t look that different from those in hospital.”

Mr Edwards regards the redesign of pathways and services as a priority but not a panacea.

He also believes that certain areas should be high on the agenda: “There is very significant potential - but it will take time to realise. The most urgent focus should be on redesigning pathways for patients with extended stays; nursing and care home residents; and acute medicine patients who could be dealt with on ambulatory pathways. Discharge planning and ward rounds should also be a priority.”

Nonetheless, some clinical commissioning groups with an appetite for pathway redesign are realising benefits relatively quickly. This is often in terms of quicker and easier access to services, but there can be useful savings.

Mel Mahon, senior commissioning manager for NHS Stafford and Surrounds and NHS Cannock Chase CCGs, is at the forefront of several promising initiatives which are part of a programme to reduce hospital referrals by 5 per cent.

“Changes to pathways are one of the really important areas where we can make improvements and there are many more opportunities out there we need to look at,” she says.

In October 2014 they went live with a new musculoskeletal pathway that brings many services, including minor surgery, into the community. “Before this around 60 per cent of cases ended up hitting the hospitals; now we are down to about 23 per cent,” says Mrs Mahon.

There have been savings, mainly through contractual changes such as paying for physiotherapy per course of treatment rather than per contact.

Another project means that mild to moderate acute eye problems, such as distorted vision and foreign bodies, can now be treated by community providers.

The negotiated price is below PBR (payment by results), but more importantly many patients are being seen the same day (almost all within two days) and are treated close to home.

The CCGs are also revolutionising bowel screening, and irritable bowel syndrome care, through a joint project with Ferring Pharmaceuticals.

This has seen the introduction of the CalScreen faecal calprotectin test for GPs who are unsure whether a patient has inflammatory bowel disease or IBS.

The results (with a 93 per cent level of accuracy) are available within 10 minutes, paving the way for a 56 per cent cut in hospital referrals - a major gain for patients who previously faced a six-week journey and the discomfort of a colonoscopy.

The CCGs have saved £280,000 due to the avoidance of 467 unnecessary referrals, colonoscopies and follow-up appointments. The savings are ongoing and could grow.

‘There are clear benefits from getting results at the time of testing. Patients are less likely to end up with an unpleasant invasive procedure and it also gives confidence that a problem is being managed appropriately’

The test - which is now in use by most practices in the CCGs and will be rolled out to them all - was brought in as part of a wider IBS patient pathway redesign that was carried out with help from hospital gastroenterologists.

The NHS Business Services Authority is currently looking at a national rollout of calprotectin screening in primary care as part of the Pacific programme to release £1bn of savings.

According to Mrs Mahon, the project shows how collaboration between industry and the NHS can create positive change - and help bring a local pathway in line with National Institute for Health and Care Excellence guidance.

GP response has been positive. Dr Gary Free, from Red Lion Surgery, Cannock, says: “There are clear benefits from getting results at the time of testing. Patients are less likely to end up with an unpleasant invasive procedure and it also gives confidence that a problem is being managed appropriately.”

Experiences such as these make other local GPs, such as Dr Marianne Holmes of Hazeldene House Surgery, Great Haywood, optimistic about the wider potential of pathway redesign.

She says: “It can lead to an improved patient experience with respect to place, timing and the speed of finishing the episode. If an appropriate service can be brought into primary care it leaves secondary care best placed to deal with what it needs to such as diagnostics and illnesses like cancer or hard-to-manage conditions.”

This summer saw the publication of The Future of Primary Care, Creating Teams for Tomorrow, which was produced by the Primary Care Workforce Commission for Health Education England.

‘If primary care can offer a consistent and coordinated service, this will reduce the constant demands for growth in the acute sector’

It sees the UK as a leader in primary care development, but recommends extensive remodelling for better planned and integrated care. This would demand the redesign of patient pathways and improved working across organisational boundaries.

It states that: “If primary care can offer a consistent and coordinated service, this will reduce the constant demands for growth in the acute sector.”

But is this possible with severe deficits, when 10 per cent of English GP posts are vacant and when the Royal College of GPs expects another million people to be living with more than one serious long term, life threatening condition by 2025?

Finance aside, Mr Edwards for one believes there is no guarantee that healthcare professionals will be able to step back from firefighting for long enough to do the necessary work on pathways. Yet this is essential. He says: “There will need to be headroom to enable these changes.”