How ICSs could offer fresh hope on public health, inequalities and prevention

An HSJ and Sanofi webinar looked at how integrated care systems can play an important role in early intervention in public health, with a broader aim of reducing health inequalities 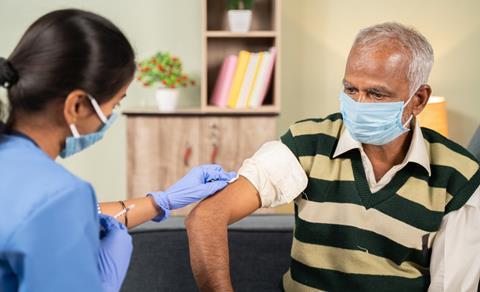 Integrated care systems offer hope of a more joined-up experience for patients, with the NHS and other organisations working seamlessly together. Could they ultimately lead to better health for the people they serve, with their focus on prevention and early intervention? 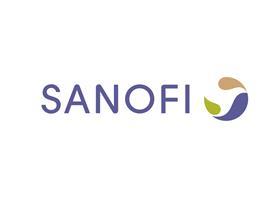 An HSJ webinar, sponsored by Sanofi, looked at what opportunities this new way of working could offer – especially as the coronavirus pandemic has brought public health issues to the forefront of everyone’s mind.

The impact of that pandemic has been terrible in many ways. But panellists agreed that there were some benefits such as being a catalyst for the public health agenda.

Russell Hills, chair of Surrey Downs Integrated Care Partnership, said it had focused the NHS’ attention and made links to inequalities clear – including the impact on particular communities, such as black, Asian and minority ethnic ones.

“You could not really have any discussions in the system without talking about how we were supporting those communities,” he said.

Maggie Rae, president of the Faculty of Public Health, added: “What we are seeing in the NHS is a transition from focusing on patients to focusing on communities… In the next three to five years we could see a really big transformation and I think ICSs are key to that focus. What covid has made possible is that this could be done at pace.”

But if covid has driven understanding, how can ICSs contribute to sustained change? ICSs will draw in local authorities – where public health commissioning sits – and will work with other bodies such as the third sector, which may help them start to influence some of these determinants.

But the panel was clear there was variation between ICSs. “There is huge progress in lots of geographies but is there the capacity to make the shift?” questioned Ms Baird, pointing out how budget issues often drove change as much as strategy.

However, in some areas there are signs of progress. Surrey Heartlands is one of the more advanced ICS and also has a “devolution deal” which has helped partnership working with the county and other councils. This has meant it has been talking about the wider determinants of health for a long time, said Dr Hills.

“Historically the NHS has operated in silos, expecting people to come to us when they were ill and hoping they would come to us before they become unwell,” he said. This has led to widening inequalities.

So what helps ICSs in tackling public health issues? Relationships with partners are important. In Surrey Heartlands, early buy-in from system leaders and shared understanding had been important, and conversations had focused on what could be done to improve people’s health, said Dr Hills.

But early wins can be helpful. Professor Rae said: “It is really important to get some practical simple examples of where the actual outcomes for the population have changed. Success breeds success.”

Young children’s health was a good starting point, she said, and this resonated with local authorities, creating an immediate bond.

Cardiovascular disease and hypertension could be tackled, she added. This could be as simple as getting people in deprived areas to check their own blood pressure, which could stop people dying of preventable diseases. Workplace health ought to be thought about as well, she added.

But addressing these issues will mean working with community groups and the voluntary sector. Engaging with groups such as those in the BAME community is vital to identify needs, said Dr Hills, who is the equality, diversion and inclusion lead for Surrey Heartlands ICS. “There is a huge wealth of voluntary and community sectors assets across all of our systems. You need to reach out and engage people. Otherwise you won’t be able to move forward.”

Some of this work may need to be done at a much more local level than ICSs. Professor Rae said primary care networks could be used while Dr Hills pointed to integrated care partnerships and their ability to work with their local populations.

But Professor Rae warned that ICSs would need to accept the challenge of not being top down. “Most interventions actually widen health inequalities because the people who take them up are the most affluent people,” she said. “What matters is are we providing the right interventions at the pace and the level that they make a difference to our populations?”

But should resources in the NHS be directed towards reducing health inequalities rather than meeting other measures like access targets? Dr Hills said that identifying gaps where inequalities were worsening allowed interventions to close these gaps to be devised to maximise benefits from the available resources.

“There is a huge wealth of voluntary and community sectors assets across all of our systems. You need to reach out and engage people. Otherwise you won’t be able to move forward”

Professor Rae added: “If the strategy for ICSs and the rest of the country is to level up, then the answer is yes. If we don’t do something then we will have what we have at the moment – a widening of inequalities.”

She gave the example of flu vaccinations, where uptake had risen but the fifth quintile of the population still had the lowest uptake. However, changing what happened in the bottom quintile was sometimes more difficult and involved more intensive programmes. “Sometimes it is very difficult to move the lowest quintile and you get a bigger impact by moving the middle ground.”

Flu vaccination is an outlier where an intervention has an immediate in-year impact, said Ms Baird, whereas some interventions might not display financial benefits for many years while budget holders could still be “under the cosh” to balance budgets each year. “I don’t think we have yet resolved the challenge for people in localities that need to hit their numbers at the end of the year,” she said.

Public health personnel and commissioning functions largely moved from the NHS into local authorities with the Lansley reforms. There was not much enthusiasm for further change among the panel – and certainly not for moving this into the acute sector – although the need for greater co-ordination was clear when Professor Rae said that when the Department of Health and Social Care needed to contact directors of public health during the pandemic it did not have a database of their email addresses!

The webinar took place on 21 January 2021. This webinar was sponsored by Sanofi. Sanofi has had no input into the content or materials.