1
Commissioning special report: Pressure is on for CCGs to step up in primary care
Supplement Archive

Clinical commissioning groups need to come to grips with how they will become involved in primary care next year. Alison Moore explains how this major shift will affect local NHS delivery 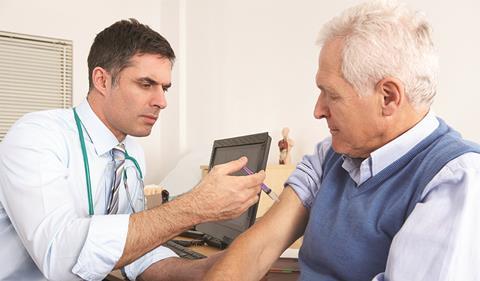 Many CCGs are hopeful that this will give them the opportunity to influence out of hospital care across their area in a way they have struggled to before and to devise tailored solutions for some of the challenges facing GP practices.

When the scheme was first announced nearly 200 CCGs indicated they wanted to take an active role in commissioning, either taking on completely delegated powers or working in partnership with NHS England area teams on it.

Of these, over 70 wanted the most radical option of completely delegated powers. Commissioners have the option of continuing as they are with no decision making power over primary care, although they may be involved in discussions. NHS England has said it will make it as easy as possible for CCGs to move between the levels later, if they choose to.

Now that the details of funding and how CCG involvement might work have become clear, it is possible some groups will change their mind. Chief clinical officer of Blackpool CCG Amanda Doyle, who worked on the recent guidance from NHS England, points out they will need the support of member practices in deciding what route to take.

“This came about in the first place because CCGs were asking for it,” she says. “This is going to be a key enabler in getting seamless out of hospital care. But there is huge pressure on CCGs with the timescale.”

The national director of commissioning strategy at NHS England, Ian Dodge, says that the standard form of delegation to be used by NHS England should help them by simplifying the process of getting these additional powers.

A wide range of factors will determine the level CCGs will choose including the extent to which taking on commissioning responsibilities will help them achieve their aims locally. Those that choose the discussion only option, for example, will not be able to devise local incentive schemes, which many CCGs see as a way of enhancing primary care.

Those that go for delegated or joint powers will be able to develop their own local schemes to replace the quality and outcomes framework.

While most CCGs have said they do want some level of involvement, there are some that feel it may not be worthwhile. Norwich CCG, for example, considered a paper from its chief executive Jonathon Fagge which argued that the CCG already had some powers to invest in primary care through locally commissioned service arrangements.

It was concerned that funding would not be available to support the additional costs around commissioning, but also that it could undermine relationships with member practices.

A key consideration must be the management costs associated with commissioning primary care. At the moment this is done by NHS England local area teams and, for the first year, the intention is that CCGs should have access to the expertise of these staff but not to additional funds for commissioning costs.

This has disappointed some CCGs and may be causing them to think again about what level of involvement they want.

“That’s one thing that will be a particular question for CCGs when they decide how much co-commissioning to take on,” says Steve Kell, co-chair of NHS Clinical Commissioners. “It is for local CCGs to look at their capacity to do this,” he says. “We will keep on saying CCGs need to be supported to do this.”

‘The more that CCGs have constructive conversations with local area teams, the more likely we will get the best outcomes’

It is expected that CCGs will choose to work together to share this resource.

“We need to have local solutions to how we use the current resources,” says Dr Doyle. “We are asking local area teams to come up with pragmatic solutions with their CCGs. CCGs are going to have to work together. We can’t chop people into four or five pieces.’”

If there are conflicts, NHS England’s regional teams may need to get involved but Mr Dodge says CCGs need to come together to broker their own solutions.

“The more that CCGs do come together and have constructive conversations with local area teams, the more likely it is that we will get the best outcomes,” he says.

One likely advantage of getting more involved with commissioning primary care is that CCGs will be able to look at their spending “in the round” with the possibility of moving money around to help areas under pressure. Transforming out of hospital services is key to the NHS Five Year Forward View, and this could give CCGs an extra tool to assist in this.

“We need to find a way of shifting care out of hospital and into the community - and we don’t currently have the tools to do it,” says Julie Wood, director of NHS Clinical Commissioners.

For those CCGs taking on joint rather than delegated responsibility there will be an opportunity to create a pooled budget with the local area team. Although there are restrictions on how money is used, one possibility could be using the alternative provider medical services route to commission a wider range of services such as enhanced care for the frail elderly.

Initially, these co-commissioning powers will be limited to general practice. However, NHS England has said that there is potential for involvement with pharmacy, dentistry and eye health.

In the longer term, some CCGs may be interested in taking on greater responsibility in these areas as well.

Another issue will be avoiding potential conflicts of interest. Some CCGs have been anticipating this by appointing additional lay members.

The details, now published, make it clear that committees formed to make decisions about primary care services should have a minority of GPs with lay and executive members making up the majority.

But GPs can still be involved in decision making and CCGs will have freedom to decide how they constitute the committee.

“The situation will be different for different CCGs,” says Dr Doyle. She points out concerns about conflicts of interest are not entirely new territory for CCGs. But there is a need for strategic clinical input around primary care.
CCGs will be expected to take other actions to address conflicts of interest including publishing a register of interests and decisions, and greater involvement for health and wellbeing boards and Healthwatch.

There will also be clearer, standardised rules than before, with transparency of NHS earnings for both practices.

Gerard Hanratty, a partner at Capsticks, expects CCGs to look closely at what needs to be done in the near future. He points out that guidance coming out of NHS England should align with Monitor, which has a key competition role.

‘The situation will be different for different CCGs’

“CCGs will want to ensure that they don’t end up with Monitor looking at their decisions,” he adds.

Some of the most challenging opportunities for CCGs will be around different ways of contracting GPs. This is on a voluntary basis and is likely to need the support of local practices.

Mr Dodge points out: “We are not ripping up [general medical service] and the national rules. This is around a change of governance arrangements.”

CCGs will gain local flexibility but the NHS will still be a national service. “There is already vast variation in terms of the quality of care and outcomes across the country,” he says. “This should strengthen the sense of a national health service. It does not affect the offer to patients.”

Dr Kell says the opportunity for CCGs to move at their own pace is “a welcome change from the old top-down mandated model”. But he cautions that the system needs to avoid becoming too bureaucratic. Mr Hanratty adds:

“It does give CCGs the ability to start to shape their local health economy in a way that they have not had up to now. It enables them to link up out of hospital and primary care.”

Whatever CCGs decide, they are working to a tight timetable. The details of the scheme were released by NHS England in mid November, with dates to respond in January.

CCGs have been urgently talking to member practices to decide on the way ahead: the timetable means many would only have one governing body meeting before they submit their final applications. Where the changes would need alterations to their constitution, this timing looks particularly tight with applications to do this needing to be lodged by 9 January.

Given this timetable it is hard to say how many CCGs will opt for each level of involvement with co-commissioning. But Dr Kell suggests there is a downside to not getting involved.

“Doing nothing is not without risk. We know local area teams are reducing in size and there is little active commissioning taking place. What is the alternative if they don’t get involved?”