Staying safe in an age of austerity

2
Making it fast and to the point
Supplement Archive

Making it fast and to the point

There are many misconceptions about what is involved in accessing mental health services, and young people may be put off through lack of knowledge about what is happening to them and what any treatment might involve.

Staff at Cheshire and Wirral Partnership Foundation Trust were aware of that – but also that the young people they were in contact with were likely to be part of the solution. So, working with them, they have developed an innovative website.

MyMind aims to answer young people’s questions and explain what may be involved. Consultant clinical psychologist Fiona Pender says there was a need for a dedicated website for this age group.

The trust tried to engage with a variety of young people, including some who had been through inpatient services. “We did not just ask the kids who are easy to ask – we really tried to get all young people involved,” explains Ms Pender.

The design and content of the website was very much driven by feedback from this. For example, at points in the website, younger adolescents below 16 are directed to different information from that recommended to older ones. And there is a description of what will happen to someone being admitted as an inpatient – a frightening prospect for anyone, let alone a teenager. The site is designed to support shared decision making: “We are trying to empower them with as much information as possible,” says Ms Pender.

The site has a link to YouTube videos and also has podcasts and a twitter feed, as well as downloadable resources. As it develops, it will contain links to more local services which youngsters may find helpful.

At the moment there is no facility for online advice or counselling, or a discussion forum. The trust has already had to think carefully about confidentiality – so, for example, the site includes information about how this is treated for different age groups – and other issues. Material for the website has to go through clinical governance procedures before it is posted.

‘There is a description of what will happen to someone being admitted as an inpatient – a frightening prospect for anyone, let alone a teenager’

But the trust has recently been awarded funding for a children and young people’s Improving Access to Psychological Therapies service. Increasing access and participation will be important in this, and may be reflected in future development of the website. The use of texting and email contact may also change.

“Traditionally NHS services have been very conscious of confidentiality of data,” points out Ms Pender. “But we have to move with the times and make it safe but also make it work for young people and their families.”

A raft of changes introduced by the 5 Boroughs Partnership Trust in the North West has helped children and adolescents get appropriate treatment in a timely manner.

The trust – which has three DGHs within its catchment area – has changed how it responds to young people with mental health issues who are admitted to hospital through an A&E. Typically, they may have attempted self harm and will be admitted to a paediatric ward until a mental health assessment can take place.

The trust used to have a member of staff covering each hospital 9-5, five days a week. But this meant that outside these hours young people could wait a long time for assessment – potentially from a Friday night until after a bank holiday. This could mean a distressed teenager facing a weekend in a ward full of much younger children.

Now a rearrangement of roles has enabled the trust to offer cover for 12 hours a day, seven days a week, with on-call arrangements for the rest of the time. One staff member covers all three DGHs. Paula Stanford, operational assistant director, says staff were keen to take on these new roles, despite the stresses of managing risk and making decisions about whether these young people need admission to an inpatient mental health bed. One benefit has been that this can offer greater continuity to repeat self harmers.

“Young people get a relationship with these professionals and engage in a better way with the service, which is really beneficial,” she says.

The trust has now looked at its waiting times for young people referred into its CAMHS service. It has adopted new standards of seeing emergency cases for assessment the same day, urgent ones within three days, and routine cases within 10 days.

This has meant new roles for many of its staff and, for some patients, a shortened series of sessions with a therapist. Ms Stanford says the organisation was getting a lot of did not attends as young people felt better and did not want to continue with a full course of perhaps 10 treatments. They can now be offered a four-session course.

All these changes have involved considering issues such as ability to consent – which has a different legal framework for under- and over-16s – and also joint working with partners such as social services. Young people often have complex problems with a mix of mental health issues and social problems. In some cases, the trust will refer those with predominately social issues on to voluntary and third sector organisations or to social services.

As council budgets have got tighter, it has become more important to get assessment and evidence to ensure youngsters can be channelled into the right service, potentially avoiding unnecessary inpatient admissions. “Reducing the waiting times is absolutely key but it is all about getting better outcomes for young people,” says Ms Stanford.

Caring for someone at risk of self harm or harming others places a considerable demand on police and mental health resources in most areas. Quantifying this proved to be the first step in redesigning how this service is delivered on Merseyside. An audit suggested there were around 500 occasions a year when someone is detained under section 136 across Merseyside. Only around a quarter of these people subsequently proved to have mental health issues which required intervention – one of the complicating factors was that police officers, not being expert in mental health, were sometimes mistakenly detaining people.

But, says Chief Superintendent Tim Keelan, each person took up around eight and a half to nine hours of police time because of the need for officers to remain with them. The police needed to reduce this.

‘One of the complicating factors was that police officers, not being expert in mental health, were sometimes mistakenly detaining people’

To tackle these concerns, Mersey Care Trust’s director of patient safety Steve Morgan got together a group of representatives of all the organisations involved – three mental health trusts cover the area, several councils and a number of acute trusts. They came up with an initial risk assessment for people who were taken to a place of safety.

This assessment is carried out by the police alongside a senior A&E nurse. It can draw on information from the police national computer as well as clinical judgement. 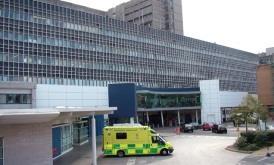 This allows the police to make a graded response. A person who is low risk can be left without a police officer in attendance, someone who is medium risk will have one there no more than three hours, and a high risk patient will always have one. This gives mental health services an envelope to put in place any plans such as moving the patient to a more appropriate place.

If police leave, patients at the Royal Liverpool Hospital will be looked after by a support worker who can help address their physical needs as well as offer reassurance. An on-call system for consultants ensures a full assessment can be carried out speedily.

The trust has also refurbished its own place of safety suite at Rathbone Hospital, which is an alternative to looking after people in A&E, and is making more use of this.

As well as making considerable savings in police time, the revised system has dramatically improved assessment times, with more than 52 per cent starting within two hours between April and September compared with 8 per cent in the previous year. Delays in assessment are often due to factors such as the person being drunk.

Mr Morgan identifies another benefit as being greater understanding across the system of section 136 and what a place of safety is and what responsibilities are involved.

“It really made everyone see clearly that section 136 was a priority,” he says.

In the longer term, the number of people being taken to A&E under section 136 could fall with a business case for a street assessment service being developed by Mersey Care and the police.

Staying safe in an age of austerity