Special report: How technology is giving letters a new take 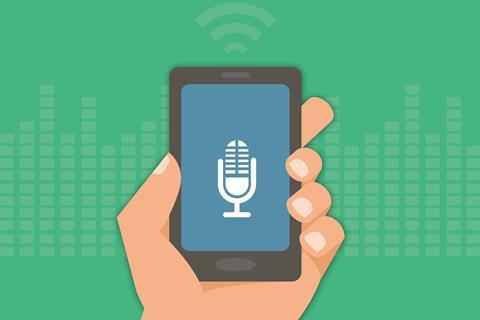 As the NHS continues on its journey towards digital, it can be easy to forget that paper free does not mean letter free.

Correspondence to GPs and other referrers will still be a significant workload and cost burden to providers, even if the service reaches a stage where all communication is done electronically.

The GP letter has long been seen as the poor relation of the patient discharge summary. While there is a target to get the latter out on time, there are currently no national targets for sending GP letters in a timely fashion.

According to Michael Dixon, a GP and chair of the NHS Alliance, the situation is improving but there is still much to do. “I think it’s time to look again at national standards,” he says. “It’s not as big a problem as it was a few years ago when sometimes we would get letters that were up to three months late. Things have improved in the same way that orthopaedic waiting times have improved so that you don’t have to wait for years for an operation.

“But that’s not to say that there isn’t a lot more that could be done.”

Transformation consultant Steve Gasking believes that savvy providers should be looking towards technology to help them release efficiency savings and streamline workload.

He has been working with Royal Orthopaedic Hospital Foundation Trust in Birmingham to help it move away from an analogue, paper heavy system to a modern solution for its clinical correspondence, using the Winscribe digital dictation solution.

The new system went live on 6 July and is going well so far, he says.

“This is a single specialty trust with 45 medical secretaries and around 120 clinical authors [people dictating letters]. But there was a massive variation in the way that clinical correspondence was handled, and cost per letter varied considerably.”

“The trust produced about 80,000 letters per year, including letters to GPs and to other referrers - that’s a significant workload. The aim was to standardise workflows and improve on turnaround time, but the overall goal was to improve the patient experience.”

Consistency across the clinicians and medical secretaries was an important element of the project. “Some were turning round letters really quickly, while for others it could be six weeks,” says Mr Gasking. “It was decided to go to digital dictation, and the Winscribe solution was chosen for several reasons, partly because it was on the [procurement] framework, but also because it was being used at University Hospitals Birmingham [FT], where some of the clinicians also work, so they were already accustomed to using it.”

With the extensive cuts and transformations taking place throughout the health service, NHS trusts face the uphill task of reducing delivery costs while providing high quality care to the growing number of patients with complex needs.

Over the past few months there has been much debate over the future of the NHS, with the NHS Five Year Forward View highlighting the continued push for cost improvement programmes in the hope of bridging the funding gap of £30bn by 2020.

Due to the increased need to reduce costs, trusts are looking at a variety of methods, starting with the analysis of department performance to identify areas for additional resource savings.

Some trusts are even sharing services with local authorities and community services in order to keep the costs down.

At Winscribe, we are supporting over 90 NHS trusts by facilitating cost improvements schemes and helping them achieve lasting benefits and continuous savings via proven software solutions. Leeds Teaching Hospitals Trust, which is saving £1.2m annually through the implementation of our Outpatient Workflow and Speech Recognition solution, is an example of this work.

For the NHS to achieve the saving objective and better patient care at the same time, trusts need to realise that a dependency on manual and paper based processes reduces efficiency and compromises patient safety.

The time has come to unburden trusts from the inefficiencies of paper heavy processes with systems that can use speech to create documents. Removing typing backlogs and streamlining the documentation process for clinicians enables clinical staff to have more patient time.

In order to prepare for a successful future, trusts not only need to look at the current challenges but think about the times ahead by embracing technology and innovation.

By using speech to text technology, along with dictation and document workflow, patient communications are completed faster and more efficiently. In addition, supporting remote and mobile staff allows clinical staff to access relevant documentation on the move. These are just some of the efficiency areas trusts need to consider when working in partnership with a technology provider - with that provider acting as an extended team of the trust.

While standardising practice was an immediate priority, the longer term goal is to align the solution with a move to an electronic patient record, so it was also important to choose a system that would easily work in that context, he adds.

The resulting system has meant a real change for working practices, says Mr Gasking. “Dictation happens in the clinic, then the clinician will touch a button and it will instantly appear on the desktop of the medical secretary. In some cases, he/she can type up the letter and it will be back with the clinician to be read and approved even before the clinic ends.”

Other advantages are that the digital version of the letter is stored against the patient’s name, which means that if there is a query before the letter is sent to the GP, then it is easy to check without going through an entire tape, as would have been the case in the past.

Getting the system implemented involved hard work and overcoming some suspicions, particularly among medical secretarial staff. Indeed, Mr Gasking says that successful implementation is a hearts and minds operation.

“Rather than cutting the workforce, the idea was to get them doing more value added work to improve the patient experience. That’s what really sold them on the idea because they could see the value in that.”

The implementation involved training the medical secretary pool, with the idea that they would then “train” the clinical author in using the system. It also entailed getting as many people as possible to take part in consultation and workshops ahead of the go live date. “It involved a lot of listening, a lot of talking to people, and getting a lot of people involved in the system testing,” Mr Gasking says.

Simon Shanks, senior project manager for Winscribe, believes digital dictation has a role to play in helping the NHS bridge the current funding gap. Still, that is not the only reason to do it. “It’s in patients’ interests that everyone involved in their care has the most thorough information as quickly as possible. From the patient’s point of view, it means that care is more connected and safer. Furthermore, from a management perspective, if you put the business case to them, they’ll jump at it. After all, it’s a way of saving money while improving quality.”

So are we nearing the tipping point for digital dictation? Interviewed on this issue by HSJ two years ago, Dr Dixon said that he hoped the introduction of clinical commissioning groups would be an important lever, because GPs would be getting around the table with secondary care providers, ideally driving change. Has this happened?

Not yet, he concedes, but watch this space. “I think most CCGs have had different priorities, but I would hope that would change in the next year or two and that they would start to look at stricter limits [in the time that GP letters take],” he says.

“Some are doing good things in this area but, for most, there’s still a paper trail; and it all takes time; and there are inevitable delays. Then, of course, when the letter eventually comes to the GP practice we have to scan it and that takes even more time. I think the fault can be at both ends but I don’t see why we shouldn’t be cutting the time to a week or 10 days.”