4
The benefits of going back to the books
Supplement Archive

The benefits of going back to the books

Returning to education can widen opportunities for the person as well as offer them new perspectives on their work. Alison Moore spoke to four people about the reasons and rewards for taking this route 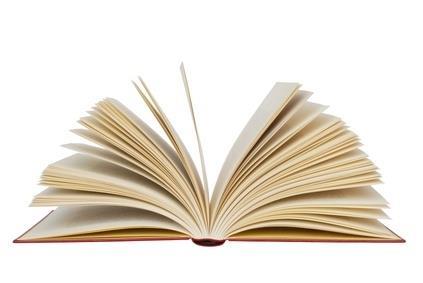 Billie Lowe had worked as a speech and language therapist for more than 25 years when she decided to return to studying.

Ms Lowe had qualified with a diploma in speech and language therapy in 1981 and, apart from a spell abroad, had practised ever since. But as her family grew up she decided to investigate getting further qualifications, relevant to the changing world of the NHS.

In 2009, supported by her employer Lincolnshire Community Health Services Trust, she started an MSc in joint professional practice, language and communication, which was a collaboration between the Institute of Education and City University London.

The course was a mixture of taught elements with some independent study. Ms Lowe had to travel to London for the taught elements (which averaged around a day a week initially, although some was delivered in blocks of several days), for which she was given study leave by her employers, who also funded her first year of study. After that she self-funded the remaining modules.

She graduated in 2012 and has been able to use the knowledge she acquired to advance her own career and to influence the approach of the multidisciplinary team she works within, which delivers speech and language support to pupils of secondary school age.

“Having been a practitioner for so long, I was enthralled by the world of academia,” she says, adding that because she had been absorbed in her everyday clinical practice much of it was new to her. “It was gratifying to come across research which corroborated what I was doing in my work.

“In the changing landscape of commissioning you have to demonstrate what we do and use evidence based approaches. I am now much more aware of other publications and interventions than I used to be,” she says.

But it is more than her own practice which she has scrutinised and potentially changed in response to her expanded horizons. She has set up a journal club for her colleagues, which discusses research papers. She is also applying her knowledge to service redesign - for example, by using the methodologies she has studied to measure outcomes.

She has also cut her own clinical hours and initially took up a two day a week research assistant role. This has led to a part-time teaching commitment at Sheffield University, which she manages alongside her three day a week clinical practice commitments.

A scholarship and support from her employers helped Aoife Hargadon complete a full time masters degree in clinical research.

Ms Hargadon took nearly a year out of her job as an occupational therapist at King’s College Hospital Foundation Trust to do the course at City University London. The trust allowed her to take the leave while still having a job to come back to and the scholarship, awarded through the university, covered fees and living costs.

“My motivation for doing it was that I wanted to further my education and do a masters,” says Aoife, who was keen to enhance her skills and knowledge.

The course has given her experience doing research which she feels will be helpful for the future. “It has developed my ability to think critically, seek evidence and really think about my practice as a health professional.”

It was also an opportunity for her to meet other healthcare professionals from different backgrounds and has expanded her network, she says.

“When you are working you are not really focused on your own development - you are doing the job. It is when you go back to study and have an opportunity to question something you are very much interested in that you can focus on yourself and your development.

“It reminded me why I started my job in the first place and it was a good opportunity to update my practice.”

She works with people who are recovering from brain injuries, assessing their needs and helping them on the path to recovery.

“It can be challenging. The patients’ needs are complex so it takes a lot of thinking. There is not really much evidence for rehabilitation so there is no quick answer. You have to really think about each individual. What works with one patient may not work with another.”

She has been able to take back the learning from her masters into her practice with this group of patients. “It makes sure that I do a clear assessment from the beginning so I know what my baseline measurements are and I can set goals and so on.”

She also looks for the evidence base for the interventions she carries out.

“Before I was more guided by what was routine, what was traditionally done. Now I am more aware of the need to think and expand where I look for my patient plans - and trying to be more evidence based with them.”

She also finds that having done the masters has given her more confidence in her professional ability. “It has expanded my career opportunities and I am also interested in doing more study such as a PhD.

“This course has given me the foundation for that. I really enjoyed doing it through City University London - I felt people were genuinely interested in me and my development.”

Steven Komakech had worked in the NHS for 10 years when he decided that a masters degree was what he needed to move on in his career.

Through his job in workforce intelligence and systems, he had excellent technical skills in dealing with the complex datasets needed for reporting to the Department of Health and other NHS bodies. He had done all the courses available to him and had worked in a number of trusts and a primary care trust in north west London, before being appointed to a job as workforce planning and information manager.

But he felt he needed a wider perspective to move on to a more senior role and offer more to his employer. With the support of his manager, he applied to do a masters in health management at City University London.

He had looked at what was available within London or nearby and decided the City course best met his needs and was conveniently sited.

“I needed it to demonstrate to people that I could do more than manage the information and key performance indicators set,” he says. His employer was supportive and agreed to fund the course costs and to release him for around 40 days of taught sessions.

He started the two year course in 2010, attending for blocks of two and three days for teaching and also studying outside this. While doing the course required a lot of self-discipline, it helped him reflect on and refine his skills, and adopt a more questioning approach.

“It’s a big commitment on my part and that of my employers,” he says. Midway through the course he changed jobs but his new employer agreed that he could continue with the course on the same basis.

He finished the course in 2012 and feels it gave him enormous confidence and added perspective to work problems. “I can talk about health in an international way, I can make it more specific to the NHS and I can bring in the management theories,” he says.

Steven has since moved to University College London Hospitals Foundation Trust as corporate system manager, where he is able to use his skills in a broader area than just workforce.

A postgraduate course has helped Belinda Champion develop her career as a clinical nurse specialist in gynaecology.

Ms Chapman, who had trained as a nurse, was already doing some sonography as part of her job but wanted to extend her skills. She was supported by her managers at the Royal London Hospital, which paid her course fees and gave her time off to attend teaching for the postgraduate certificate in medical ultrasound.

City University London was also able to shape the course content to allow her to specialise in first trimester scanning and gynaecology, her areas of interest.

Because of the skills she has acquired she was able to move into a community gynaecology post specialising in menstrual disorders and then into a clinical nurse specialist role. She is now also a guest lecturer at City University London.