7
A flexible gateway to the future
Supplement Archive

A flexible gateway to the future

Healthcare workers aspiring to be nurses face a range of situations and challenges but The Open University has options to suit them all, writes Alison Moore 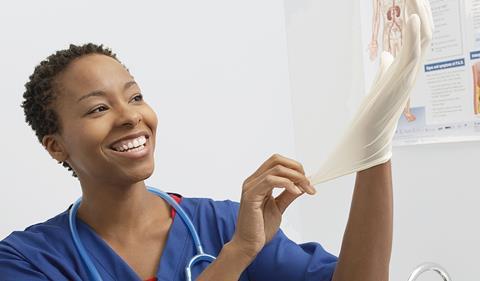 For 10 healthcare support workers a year at Portsmouth Hospitals Trust, The Open University offers a unique way to become a nurse. For their employer it offers not only the chance to gain qualified staff who already know the trust and are often committed to the area, but also the opportunity to demonstrate their commitment to staff on bands one to four.

Sue Garland, a senior nurse with responsibility for learning before registration at the trust, says the staff who apply for the places are often older, may have a family and mortgage, and simply could not take three years away from paid employment to train as a nurse.

The OU course allows them to continue receiving a healthcare support worker’s wage, spending part of the week on the ward as a support worker and part as a student nurse.

“The OU is very good at supporting students who perhaps are considered not to be traditionally academic but may have valuable experience,” she says. “They still have to achieve the required academic level but they don’t have to have it when they start.”

The OU course requires English and maths at functional qualification level 2 - equivalent to GCSE at C or above. Not having or obtaining A-levels can be a barrier for many potential students who are otherwise well suited to nursing.

With limited places, not all are successful but some support workers who are not selected on first application have done the first year of The Open University’s foundation degree and then reapplied. This can then exempt them from stage 1 of the programme and they can enter directly into stage 2, subject to successful selection and meeting the NMC’s minimum entry requirements. This route can help those who need a more flexible introduction to university-level learning.

If successful, full-time support workers will spend 26 hours a week as a student nurse and 11.5 hours as a healthcare support worker. The degree can be completed in four years but students can take up to seven - for example, one Portsmouth student has extended her course as she had a child during her studies.

Once qualified, students will normally be offered a job at band five if there is one available and be given support through the preceptorship programme. But they are often ready to hit the ground running.

“When they qualify they already know the hospital, they know all the matrons and sisters,” says Ms Garland.

The Open University has given John Edwards an opportunity he thought he would never have - to train to become a nurse.

Mr Edwards, a healthcare assistant in Winchester, had looked at training full-time but found the finances would not work out.

“If it was not for the OU route, I would not be doing this at all,” he says. “We looked at doing a nursing course and what the bursary was, and we would simply not have been able to afford it without my salary. The OU way of doing it is perfect to get healthcare assistants to move to the next level of nurse education.

“Most of us doing it are not teenagers - we have commitments with rent, bills and some have children.”

He had moved into healthcare in his 30s, after working as a chef for some years. He was seriously ill in an intensive care unit with septicaemia and pneumonia when he was impressed by the cheeriness of a healthcare assistant helping to look after him.

The healthcare assistant - who even smiled while sorting out bedpans - together with the care he received from the rest of the team persuaded him to leave his job and work in healthcare.

After two years working in a care home for those with dementia, he started working as a healthcare assistant in the endoscopy department at the Royal Hampshire County Hospital in Winchester. Now he combines working in the department with training as a nurse with The Open University.

Mr Edwards had done a history degree in the 1990s but had little experience of studying since then. “I was a bit apprehensive about going back into study when I had only read for pleasure for 15 years,” he says. “It has been challenging to study. I can feel it getting more complex but you are very much equipped with the skills as you go along to deal with the increasing complexity.”

His week now includes two shifts in endoscopy plus time spent on placement in other clinical areas and time studying. The self-directed study does require self-discipline, he says, but is conducive to learning. It is also flexible: he often spends Saturdays working as his wife is out of the house. He has completed two placements in elderly rehabilitation and has now started a community-based one.

Now 40, he is in his second year of the degree programme and is thinking about what the options are when he graduates.

“I’m really interested in the acute and emergency side of things - but I know that everybody says that when they first start out because it looks exciting. It is the same ethos as when I was a chef - you get as ready as you can but you don’t know what is going to come through the door.”

Growing its own workforce was one of the reasons University Hospital Southampton Foundation Trust started putting healthcare support workers through the OU nursing course eight years ago.

Since then it has seen its OU graduates go on to become nurses, and in one case a sister, and continue working in the NHS, even if they leave the trust.

This year it is planning to increase recruitment to 12 - and has already got many support workers enquiring about the opportunities.

Clare Aspden, supervised practice facilitator at the trust, says that Health Education Wessex provides most of the funding, including 80 per cent of the backfill costs for the time support workers are released from ward duties. But this does mean some costs have to be met by the ward - so support from the ward manager is crucial for applicants.

Health support workers are some of the most fluid NHS workers but she says that many of those who want to do nursing are older, often with a family. “Many of them have always wanted to be a nurse but life has thrown them a curve ball,” she says. “Often it is people who have brought up children and now say this is my time.”

This can mean they are committed to an area. The trust asks that applicants should have already worked for it for 12 months before the course and will look at their commitment and academic background to ensure they are able to cope with the work. “We don’t want to set people up to fail,” says Ms Aspden.

The OU then shortlists potential students and the university and employer interview them together. “A lot of it is around values,” she says. “For me, it is a really robust recruitment process.”

Eight years ago Donna Stafford-King was a healthcare assistant in a pre-assessment unit: today she is a sister, leading a team on a breast and gynaecological unit and involved in redesigning the service.

The difference for her was an OU course leading to a diploma in nursing which she describes as a “golden opportunity” for her to move on in her career.

She was working as a healthcare assistant at University Hospital Southampton Foundation Trust and was in her late 30s with a family when the chance to take the diploma course came up. Ms Stafford-King had trained as a dental technician after leaving school. When she had her first child, she decided to work as a part-time healthcare assistant - and found she both loved the job and was good at it. But she wanted the chance to move on.

“I did not want to do three years back in a classroom with two babies and a mortgage,” she says. “I did an NVQ3 which was really good and fitted in with children and work.”

She then heard her employers were considering putting healthcare assistants through the OU pre-registration nursing course and applied to be part of the first cohort. She was able to keep her salary while getting time to study and found the chance to study at a time which suited her particularly valuable. “I got to keep everything that I had worked for - but come out [of the course] as a qualified nurse and study when it suited me. I did not believe the opportunity - I loved every minute of it.

“It teaches you how you study best,” she continues. “I found I was a very motivated learner and it made me a very independent learner.”

When she qualified, she moved into the breast and gynaecological pre-assessment unit and within six months had applied for the job of leading the team. She has since gone on to complete a mentorship course with the OU.

“My employers have invested an awful lot of money in me but I have stayed working for them,” she says. “It has made me a better nurse because I understand all the roles in the team and how it should work. I can’t tell people enough that this is a golden opportunity.”