The right telephone access to GPs can help reduce inappropriate demand for accident and emergency services. By Thoreya Swage and Harry Longman 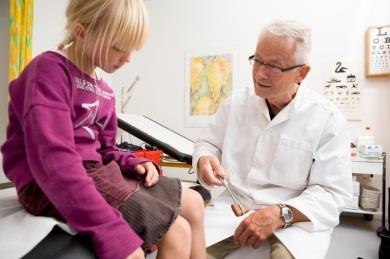 Accident and emergency attendances have risen dramatically, with an increase of more than a million to 18,300,190 in the 12 months from February 2012 to January 2013 compared to the previous year. Many providers are also failing to meet the four hour waiting time target.

‘Some practices appeared to have no specific provision for telephone access to a GP, while others had an “informal” way of working’

While much of the focus currently is on relieving the bottleneck of A&E attendances, little attention, with the exception of the performance of GP out of hours services, has been paid to how services in primary care could have an impact.

A study by Patient Access looked at the question, “What can we do to stem the rising tide to A&E?”

It involved telephone interviews with English GP practices that scored in the top 3 per cent on the 2010 GP Patient Survey on the question about whether it was “very easy to speak to doctor”.

The study question was simple: “What happens when a patient calls the surgery?” and was followed by further questions with the receptionist, practice manager or GP to understand the detail of the telephone access process.

In addition, comparison of A&E demand, standardised by age, sex and deprivation, by practice for 2009-10 was undertaken.

Some practices appeared to have no specific provision for telephone access to a GP, while others had an “informal” way of working. Another method used by practices was dubbed a “partial” system. The fourth category was labelled the “systematic” method.

Thurmaston Health Centre has 6,300 patients and the practice has been using the method of telephone consultations since July 2011. During this period, the average time waited by a patient to see a GP fell from 5.5 days to patients being seen the same day; patient contacts increased by 30 per cent and while telephone calls increased threefold, face to face appointments decreased by 50 per cent. Within a month, 80 per cent of patients said the liked the new system. As a result of the change, the practice discarded its plan to have an additional GP, thereby saving £90,000 a year.

The “informal” system of telephone access operated open lines for phone calls at any time, which often interrupted face to face consultations, plus open doors for walk in patients. The practices adopting this mode were usually small (average 4,500 list) with one or two GPs. These practices were long established, had long serving doctors and were well regarded by their patients. There was a broad spread of geography, demography and deprivation.

Although the practices responded to patient demand quickly and had dedicated GPs, the clinicians found this system very stressful and reported long working hours. The “informal” mode of telephone access had the effect of reducing the A&E attendance rate by 8 per cent.

‘Ease of access to a GP by telephone is linked to lower use of A&E services, irrespective of deprivation of the practice population’

The “partial” system of telephone access entailed a negotiation on what the patient wants, what is available in the practice and when. A telephone call may be requested or one is offered if no face to face appointments are available, or the patient is asked to call at a specific time. The practices in this group had an average size of fewer than 8,000 and were located in a number of different settings.

This system was well received by patients and reduced the number of face to face appointments, with the slots taken up early in the day saving time for patients and doctors. However, significant pressure on appointments was reported and frequent adjustments to the system were required to overcome problems. The A&E attendance rate for practices using this system was about 6 per cent lower than the local average.

The “systematic” mode of telephone consultation was a process by which the initial response to all or most patient demand was a phone call by the GP. This was described as helpful to the doctors in that they were able to manage their workloads through making their own appointments and they were able to prioritise urgent patients. Staff morale across the board improved. Examination of the A&E attendance rate showed a 20 per cent reduction, which was shown to be statistically significant.

The Elms Medical Centre has been using the Patient Access method of telephone consultations since April 2012. The practice is able to see 90 per cent of the patients who contact the surgery on the same day and the average consultation times are 5 minutes on the telephone and 12 minutes face to face. The GPs say they are able to give an appropriate amount of time to each patient unconstrained by the 10 minute appointment slots. Following the change, the practice has been able to reduce doctor sessions, resulting in a saving of £37,000 a year and A&E attendances are 40 per cent below the average for Liverpool.

How does the systematic mode of telephone consultation work?

The systematic mode of telephone consultation works by reconnecting the GP directly with the patient. This system redesign, developed by many practices over time, has been refined by Patient Access and follows a simple process:

The two other essential changes are to ensure that the daily appointment schedule is clear so each GP is able to book patients into those slots each day; and that reception staff are not required to make decisions about the urgency of a patient’s condition as the doctor will contact the patient that same day.

Over 60 diverse practices across the UK, responsible for half a million patients, now use the systematic or Patient Access mode of telephone consultation.

Our study has shown that ease of access to a GP by telephone is linked to lower use of A&E services, irrespective of deprivation of the practice population. This system, while invented by GPs to solve the problem of workload and increasing demand in primary care, could provide part of the solution to reducing inappropriate demand for A&E services.

text to sit under iframe