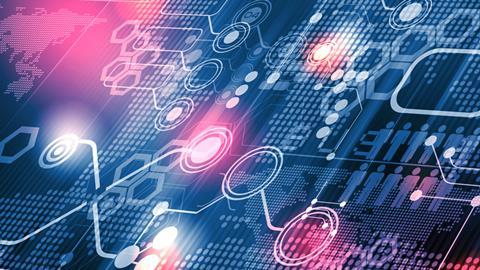 Source: The automation of the complete medication loop, from prescription to administration, has rationalis

How can the NHS use data to better meet patient needs as it responds and recovers from the covid crisis?

An HSJ webinar, in association with PA Consulting, explored the progress the NHS has made in its use of data and how better data could help it restore and reset services 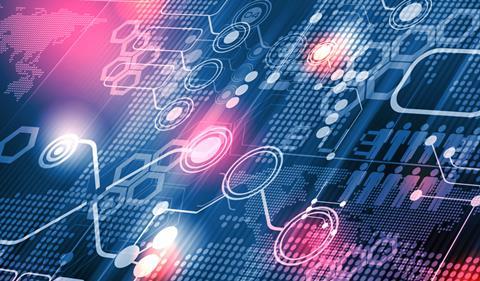 The NHS has been through an astonishing year with covid demanding more of it and its staff than ever before. Getting through this period has meant it has had to be more agile than ever – changing patterns of care, prioritising care to avoid harm and making the best use of data to guide its efforts.

But the coming year looks nearly as challenging and the NHS will have even more hills to climb. An HSJ webinar, in association with PA Consulting, looked at the progress the NHS has made in its use of data and how better data could help it restore and reset services going forward – and what organisations and systems can do to ensure they are doing this.

NHS England and Improvement director of data and analysis Ming Tang described the last few months as “manic but very rewarding” with a huge amount of progress. There had been a focus on bringing together data from different services to aid decision making but also for research such as looking at the impact of covid on diabetics. This data had enabled better forecasting of where the pressure was going to be in the system.

One of the initiatives had been the covid data store using a permissive framework to collect data once and share it – securely – between health and social care, as well as between different NHS organisations.

“It is something we want to continue. We are working with NHSX to see what the ongoing data sharing requirements will be,” she said. “We have to make sure we have the right permissions and the right use cases – covid will be with us for a long time and we are going to need to understand the impact of covid.” However, this needed to be within the right governance, she added.

But is legislation needed to enable more sharing of information? Ms Tang said it could make sharing “smoother and easier” rather than organisations needing to make individual arrangements around data sharing which was “clunky.” But it was important to engage with the public – which Dame Fiona Caldicott, the national data guardian, was working on.

James Sumner, chief executive of Mid Cheshire Hospitals Foundation Trust, is also gold command for the NHS in Cheshire and Merseyside which is coping with a second wave of coronavirus. “If we reflect on the positives of this [the pandemic], it has really driven a thirst for intelligence and particularly joined up systems thinking,” he said. Much of what has happened had been talked about for some time but had not been tackled – but covid had given them a burning platform to get on and do it. People had started to use data in a way he had not seen before, such as around prevalence and predicting when pressure was going to arrive.

The sustainability and transformation partnership had felt it needed an STP-wide model to understand pressures on some of the individual organisations and collectively which would help things like providing mutual aid across organisations. The modelling had also allowed them to understand what pressure was likely at each site.

“But I think the real challenge for us in my own organisation is the lack of high quality workforce data,” he said. There was a need for information on who among the staff needed to shield and who had had risk assessments, for example. But having antiquated systems around things like staff absence was not unique to his trust – he had seen similar in others he had worked in.

PA Consulting healthcare expert Jenny Lewis said the progress made this year was “fantastic”. “We have to work out what were the drivers of this and how do we bottle it to ensure we don’t lose it moving forward,” she suggested. PA Consulting had worked with the Cheshire and Merseyside system to set up a platform which would allow information to flow around the system – but had also worked with the individual organisations so they could understand the benefits they would see. “But I don’t think any of that could have happened without that trust having been there in the first place,” she said. There was huge potential as the system moved to things like shared patient tracking lists, provided people maintained that trust and could see the benefits.

Among the examples of areas which were using data well and were able to build on previous investment was Frimley Integrated Care System. “The integrated care record and linking datasets is a fundamental building block of being an ICS,” she said. Webinar chair Nicholas Carding pointed out that ICSs had a target of having some form of shared care record in place by September 2021.

Mr Sumner said having something in place where people could see the benefit was important. Having a shared view of data offered significant benefits – at the moment discussions often relied on “slightly wonky sits rep” data.

Another question was how to measure digital maturity and whether it was possible to have an agreed model to measure it. Ms Tang highlighted how difficult it was to get agreement on a definition of what digital maturity entailed. “And by the time it is agreed everything has moved on,” she said.

From services to people

But NHS data can sometimes ignore an important perspective – that of the patient. Answering a question on what was the most valuable non-health data and how this could be used. Mr Sumner suggested what was needed was data on what the patient wanted rather than what the NHS thought they needed.

He recalled visiting an elderly lady with ulcers which were dressed daily by the community team in an attempt to save her leg. But what the lady wanted was to have the leg amputated – because then she would be able to get out and about again whereas while she was in a temporary wheelchair council would not put in a ramp to enable her to leave her home. Shared care records across those in contact with her needed to record that, he suggested.

“We need to move the nexus away from services to people,” said Ms Tang, stressing the importance of the place-based agenda in looking at the local conditions. “I don’t believe that we will sort out health inequalities and population health unless we can do this.” But she added there was a challenge in getting the public’s trust in adding in these extra pieces of information to records.