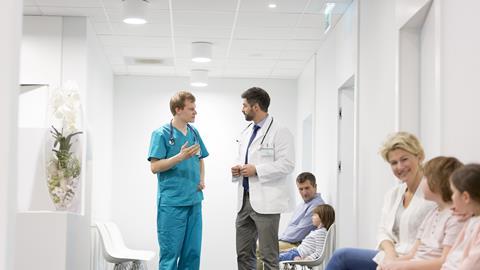 It’s been reported that up to two in every 10 acute medical admissions are for a neurological issue.

Yet there is an established dearth of specialists in the field, such that a 2017 survey by the Association of British Neurologists showed 20 per cent of UK acute hospitals only had access to a neurologist on three or fewer days each week.

“Neurology is a service that has struggled nationally with the amount of consultants and the capacity and demand,” says Steve Burnett, assistant general manager for specialty medicine at East Suffolk and North Essex Foundation Trust.

He says his trust is no exception, and so neurology was a natural area of focus for a recent 100 day improvement challenge. The aim: to reduce waiting times.

When embarking on the challenge, Mr Burnett looked at statistics across the specialities he manages. One point stood out: the percentage of advice and guidance calls being answered. In some specialties, more than 70 per cent of requests for advice from GPs were being met. But in neurology, it was at 16 per cent.

Mr Burnett saw a Catch 22. He felt that some referrals may be avoided were GPs able to access advice, but neurologists were struggling to offer that advice because they were so swamped with the number of referrals being received.

Over the 100 days in which the system was trialled, 78 per cent of calls requesting neurology advice were answered. In 72 per cent of those, visits to the hospital were avoided

“Obviously I can’t magically give consultants more time to answer their phone, so we looked at other possible solutions. That’s when Consultant Connect talked about their national network – we could outsource some of these calls to other neurology consultants elsewhere.”

Over the 100 days in which the system was trialled, 78 per cent of calls requesting neurology advice were answered. In 72 per cent of those, visits to the hospital were avoided. Mr Burnett stresses the number of patients involved aren’t huge, but believes the impact could be.

“We avoided about seven referrals a month. Even if we were stopping one to two unneeded referrals a week, that would be freeing up a clinic per month – reducing waiting times.”

It’s an example of how networks might allow for a better spreading of workflow in specialties where there is a lack of experts: radiology and pathology being other prime examples.

And Mr Burnett and his colleagues have been sufficiently impressed that they have decided to continue using Consultant Connect’s national network for another year.