Creating a freedom to speak up culture with real heart

Rotherham, Doncaster and South Humber FT, the winner of the Freedom to Speak up Organisation of the Year at the 2019 HSJ Awards, has ensured a FTSU culture has spread throughout the organisation and the region, says Jennifer Trueland 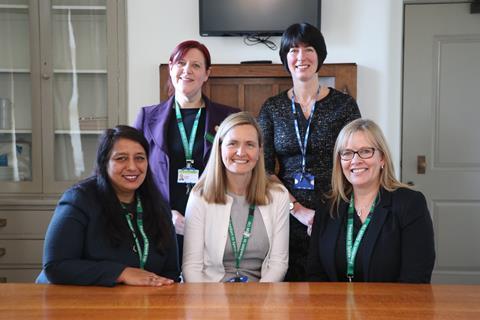 Rotherham, Doncaster and South Humber Foundation Trust has taken a broad and inclusive approach to Freedom to Speak Up (FTSU). As well as developing an accessible process to reach all parts of its own organisation, it has also worked with partner bodies to ensure that the policy is embedded system-wide.

According to Judith Graham, deputy director for organisational learning and FTSU guardian, this has improved patient safety and enabled systemic change across traditional boundaries.

Winning the HSJ award in the FTSU category is allowing the trust to spread its message further – something that is even more crucial in the current circumstances, says Ms Graham.

“We’re not saying we’re the best system in the country in terms of freedom to speak up, but we feel we’ve taken an approach which is about whole-system working, and about people working together across organisations and partnerships.

“Many awards don’t appreciate the cross-boundary impact, but what I like about the HSJ awards is that they very much recognise the way the health service is going forward, which is to work with partners to make things better. Our approach is very much on a regional and national basis, so we felt that it fitted that category.

“It also allowed us to spread a message – although we work a lot with our partners across the country, entering the award has helped us influence other systems, and that’s been really beneficial.”

The trust appointed its first FTSU guardian in 2016 and has taken a multi-pronged approach ensuring the FTSU culture has spread throughout the organisation and the region. Specific steps include development of FTSU advocate roles that are proactively diverse in terms of role, seniority, geography and skill-mix, to promote accessibility: anyone should be able to feel that they can speak up, regardless of what they do or where they work, and should be aware of how to go about it.

All new staff receive FTSU information when they start, with more vulnerable groups (such as student doctors and nurses and bank staff) getting targeted induction.

The trust has also introduced digital ways of speaking up, including an anonymous “speak up” button on the trust website.

According to Ms Graham, the trust’s focus on FTSU and improving organisational culture has had a positive impact on patient care, staff feedback and helped it achieve a Care Quality Commission re-rating from “requires improvement” to “good”.

Winning the HSJ award has already helped the trust to share its work more widely.

All new staff receive FTSU information when they start, with more vulnerable groups (such as student doctors and nurses and bank staff) getting targeted induction

“The HSJ awards are the most prestigious awards in health. One of the reasons we wanted to go for it is that obviously we are very proud of the work that we’ve done, and we wanted to share that. We’ve had contact from other trusts who either haven’t had freedom to speak up as well embedded, or who have taken it more as a discrete piece of work rather than whole-system and who want to change that,” says Ms Graham. “We’ve also heard from national arms-length bodies – it’s really gone beyond trusts to wider networks.”

Russell Parkinson, head of office with the category sponsor the National Guardian’s Office, says that being involved in the judging process gave him the opportunity to connect at first hand with the work that guardians were doing around FTSU. “The panel were particularly struck by the winning trust’s ability to demonstrate what they were doing in creating a freedom to speak up culture that had real heart. Rotherham, Doncaster and South Humber FT were able to show that they were supporting their region more widely, whilst also making FTSU accessible at all levels within their trust.”

Ms Graham believes that the current pressures that the NHS is under due to the covid-19 pandemic make it all the more imperative to have an effective FTSU culture and process. “We know that nationally this is unprecedented times, and there isn’t a blueprint because it’s never happened before. We know that there’s anxiety at a person-level, but also at a system level, and at this time more than any other, almost, it’s essential that we really hear people who speak up. If we don’t support people, we won’t have the workforce to deal with the tidal wave that is hitting.”