13
HSJ Awards 2015: Chief executive of the year
The HSJ Awards 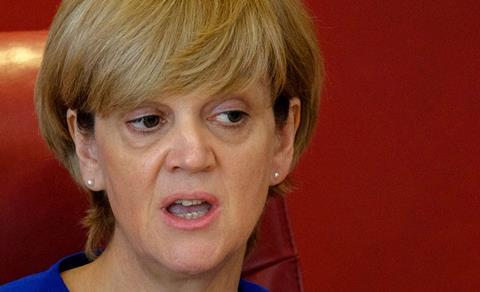 Sheena Cumiskey has won praise from a range of distinguished figures for how she carries out her work.

With 19 years as a chief executive in the health service, she is also is chair of the North West Leadership Academy and has been involved in a number of regional and national bodies.

Stephen Dalton, chief executive of the Mental Health Network, said: “She is an arch collaborator with the wider system and her understanding of the social determinants which shape health outcomes is a focus for her leadership style.”

David Allison, chief executive of Wirral University Teaching Hospital Foundation Trust, added: “She is an immensely valued colleague who is able to work across a whole system rather than let organisational boundaries constrain her.”

Colleagues at her own trust say Sheena “inspires people to achieve more for the benefit of patients”.

Sheena also presided over the trust’s zero harm campaign, which has encouraged staff to share best practice, with a trebling of entries into its annual “Big Book of Best Practice”.