Collaboration rather than competition

The judging for the 2022 HSJ’s Top Chief Executives was an illuminating experience which clearly illustrated how the criteria for great chief executives have evolved over the years. 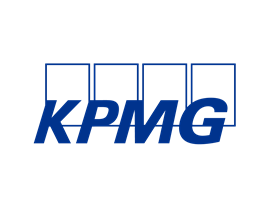 The focus of the judges this year was very much on the behaviours shown by the chief executives under consideration and how these exemplified the values of the organisations they lead. It was no longer enough to be the chief executive of a trust which was performing well – this year’s list had to show that they role-modelled the sort of behaviours they would want to see among their managers, clinicians and staff, and lived by the values they espouse.

Those at the top of the list undoubtedly do – and a question mark over whether a chief executive really did live and breathe these values was enough to challenge who should make it on to the list this year.

Judges were also looking for evidence that chief executives were working in a collaborative way, thinking about the system rather than just the organisation they lead. This is the culmination of a trend in the Top Chief Executives list over the last few years, as integrated care systems have developed and co-operation has replaced competition. Among those on the list this year are many who have voluntarily taken on additional roles within their local ICSs or who have made decisions for the greater good rather than the immediate benefit to their organisations.

The difficulties faced in doing this should not be underestimated. It’s not always easy for leaders, not only to adjust their own perspective on what their role is, but to bring the rest of their senior team and board with them. Some leaders will have identified the developmental needs they and their team have around this and taken action to rectify this, while others may still be in the process of doing so.

But undoubtedly one of the biggest challenges in the next year for any leader will be supporting staff. After two years of the pandemic and an incredible effort by health and care teams, employee wellbeing has never been more important. We know there will be many more challenges over the next few years – including addressing the elective backlog – and leaders will need to recognise and realise staff can only be motivated to go the extra mile when their values and that of the organisation align. Supporting staff to be their best – while recognising they have limits and need “down time”– may test the skills of even these top leaders.

With the departure of a number of leading chief executives to retirement and others to lead their ICSs, this year’s list contains many newcomers. Mental health chief executives feature prominently – of the top six, three run trusts providing mental health services. And several on the list have taken on challenging roles leading trusts which have had past or present difficulties.

It’s this determination to drive improvement in the NHS – and to do so even at some personal risk – which is one of the factors which marks out the leaders that the judges thought deserved a place on the list. In the very toughest of environments, the top 50 chief executives have shone through.