Just as we have a workforce equality standard for race in the NHS, could we not have one for gender, Adele Waters asks 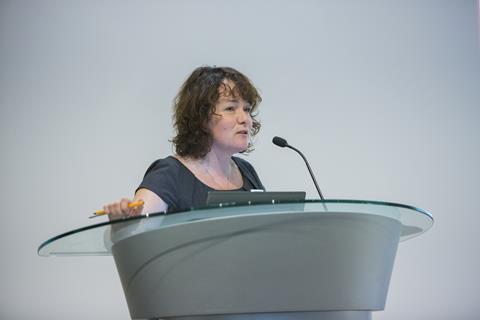 From discussions I had at our last HSJ Women Leaders event, sexism in the NHS is alive and well. That, perhaps, shouldn’t be a surprise, since the stats tell the same story.

Despite the NHS being staffed predominantly by women (77 per cent of its workforce), its senior leadership is disproportionately male.

The time feels right to renew efforts to challenge gender inequality in the NHS. There are good reasons to do so.

One of the reasons is because it encourages more challenge and reduces “group think”.

Gender equality is also a basic human right and achieving it is a sustainable development goal.

But private industry also has recently made significant strides in this area. Five years ago the Women on Boards campaign, led by Lord Davies, set a target to boost representation of women on Financial Times Stock Exchange (FTSE) 100 boards to 25 per cent. The campaign exceeded that goal – by 1 per cent – more than doubling the number of female exec posts, and it has set a new ambition to reach 33 per cent by 2020.

Surely the NHS can have the ambition to achieve a similar rate of change? As one of the largest employers in the world after Walmart and McDonald’s, the NHS must step up.

As Aparna Mehrotra, an adviser for UN Women, told the HSJ Women Leaders meeting in November, the NHS represents a “pocket of hope” for egalitarianism and fair standards in a troubled world that increasingly squeezes out such values.

HSJ Women Leaders is going to help that push and Ed Smith, chair of NHS Improvement, has personally offered to help us by becoming a champion to our cause. What should we tell him?

What should be on our wish-list for 2016? Banning all-male interview panels or shortlists?

How about setting a 2020 target to get 45 per cent of board positions held by women – or should we just go all out for the 50 per cent? Just as we have a workforce equality standard for race in the NHS, could we not have one for gender?

Let me know your thoughts at hsjwomen@emap.com. I want to gauge opinion before we survey our members in the New Year.

But by the time of our next meeting – on International Women’s Day – we’ll want a target list of ambitions to drive this agenda to deliver some real progress.