Dame Stella Rimington recounts her journey as a spy, counter terrorism head and the first woman to become the director general of MI5 at an HSJ Women Leaders event 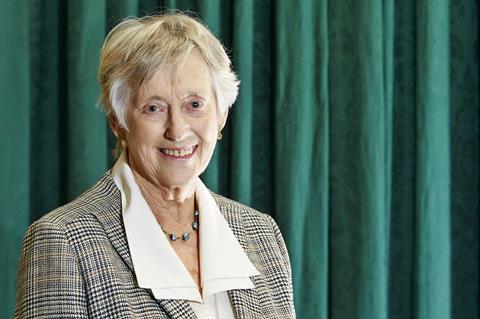 Women have qualities that mean they make good leaders and excellent spies – that was the central message from Dame Stella Rimington, as she addressed an audience of HSJ Women Leaders earlier this week.

Her story is a case study in how a woman can succeed in a very male world. Her experience has taught her that soft skills or “female skills”, as she calls them, are vital for any organisation to run successfully. And diversity on boards is “absolutely essential”.

Dame Stella’s career in the intelligence service began in 1967 in India, where she was living with her diplomat husband. One day she was offered the job of clerk at the High Commission in New Delhi (yes, she really did get a tap on the shoulder).

Two years later, after a move back to London, she successfully applied for a permanent job as an assistant officer with MI5. From here, she rose through the ranks to the top role of director general in 1992.

So when MI5 is recruiting, what qualities does it look for and why are women particularly suitable?

Spies need to be able to listen, appear warm and caring in order to express sympathy and understanding, and possess a degree of ruthlessness, she revealed. They also need to be able to compartmentalise and multitask – an ability that requires a cold appreciation of the facts, she said. As a spy progresses, they learn how to manage difficult situations, how to influence people and control situations.

As women we have got this sticking quality, when we are sure that what we are doing is the right thing

“This is not an easy thing to do and ultimately you are asking people to do dangerous work so you need a degree of ruthlessness which, I have to say, I think is a female skill if exercised properly.

“Ruthlessness might be the wrong word – I really mean single-mindedness, determination to follow through and not be put off. As women we have got this sticking quality, when we are sure that what we are doing is the right thing. I don’t think we are as swayed by the need to stick within some kind of convention. We are better at adapting to situations, knowing what we have to do and sticking at it.”

She recalled a difficult choice she had to make as a young mum of two, with a baby rushed into hospital with convulsions. She was en route to a safe house to meet a spy from Eastern Europe who was thinking of defecting. If she didn’t show, he wouldn’t get into the house. She went to him first.

When she first became a manager, it was her “female skills” that got her noticed. “I thought we had to try and create a team. We never saw the senior management in those days. We didn’t know about strategy or what they regarded as important. And there was a blame culture. I decided we’d have a regular weekly meeting so I bought a very large kettle and we brewed up lots of tea.”

Her instinct that you can’t run a successful organisation unless you communicate – something all managers take as read these days – was groundbreaking. “That was the beginning of me being noticed in the organisation.”

Throughout the 1970s and 80s, her focus shifted from counter espionage to counter terrorism, and that transition found women well placed to progress. “At first MI5 tried to deal with terrorism in the same way as espionage by the long, careful, slow investigation because when you are dealing with espionage certainty is more important than speed – you investigate very, very carefully in order to be sure you are right.

“With terrorism you can’t do that and you often have to take quick decisions based on inadequate information. You find some plot is being hatched and you have to decide at what point to intervene. You need the kind of people who have the strength of mind and purpose to be able to take risks, to balance risks. Strangely enough, perhaps, women turned out to be very good at that. We started to do very well.”

She got the job heading counter terrorism four days before the Lockerbie terrorist attack in 1988. Her job was to equip her staff to carry out their jobs, understand the things they could and couldn’t do and carry the can when things went wrong.

She faced a huge wave of sexism when she landed the director general – not from inside, but from the press. “We had headlines like ‘Housewife super spy’ and ‘Mum of two gets tough with terrorists’. One journalist wrote that I had very large ears and that must be very useful in covert operations.” Eventually press intrusion meant she had to move house and live covertly.

Dame Stella now spends much of her time in Norfolk – writing books and walking her dog, being reflective.

“It is lonely at the top and particularly lonely at the top of a secret organisation. By the time I’d got to the director general job, I’d split up with my husband and a couple of my friends had found out what I did and, because I had told them a different story, took offence and they didn’t want to know me. I have now become quite introspective. I am not as gregarious as I might have been.”

So what is her assessment of the journey to female equality in the workplace? “I think we are getting there,” she said. “When I first began my career it was very old fashioned. It was a very static, inward-looking organisation run by men.

“There was no thought of any family-friendly policies. No part time work, job shares have never been heard of, you were expected to work 24 hours a day, seven days a week.

“I wouldn’t have said this 10 years ago but more recently I have a feeling that women in top positions are now accepted or being taken for granted. There are a number of good influential companies with female chief executives.”

Post retirement, Dame Stella has held several non-executive roles with the NHS (the Royal Marsden Foundation Trust) and Marks & Spencer, for example. Her experience has led her to understand the value of women in the workplace.