We are better together and the workforce strategy is proving that 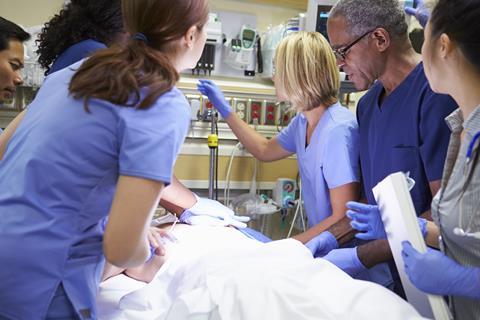 The NHS is the largest, most visible, used, recognised and trusted organisation in the UK. We pervade society, culture and politics, spend billions and employ over one million people in every city, town and village in the country.

We are also the smallest, most personal of services, based on the interaction between professional and patient; over 1.4 million a day make the scale staggering but the individual makes it worthwhile.

When we launched Facing the facts, shaping the future in December last year, I called for a national conversation, for everyone to get the chance for their voices to be heard. We worked with partners to engage locally and nationally and used the latest online engagement tools to make this one of the largest engagement exercises in the recent history of the NHS.

We had the conversation. Half a million words worth of consultation, views, submissions, votes, feedback and discussion is the result.

Over 190 organisations submitted thousands of pages of formal responses. Over 100 other organisations were officially engaged in our online discussion forum. Well over a thousand professionals, from just about every profession, took part in the online debate; hundreds of ideas, proposals and thoughts discussed and thousands of votes cast. Hundreds of proper conversations developed organically over weeks in one place.

Hundreds of people from hundreds of organisations were also involved in meetings and discussions across the country, ensuring that discourse and challenge and debate drove responses to this consultation as well as individual responses.

Based on the evidence and responses I have seen, read and heard the Workforce Strategy will be what we have always wanted it to be. A co-production, the service’s Strategy; not HEE’s, not NHS England’s, not the Department’s or NHS Improvement’s: not anyone’s, but everyone’s

In one such meeting, the respected health think tanks, Nuffield, King’s Fund and the Health Foundation, came together, for free, with Health Education England, a clutch of government departments and their advisers, service providers and experts in workforce economics, to address long term workforce assumptions.

They built on the independent evidence in the draft strategy to highlight future demand and supply challenges and applied their collective expertise to how the system can address these issues in the coming years.

These discussions affirm the need for a longer term, perhaps even a decade long, financial settlement for the NHS which, in turn, better aligns financial, service and workforce planning. The possibility of a long term settlement and the alignment of planning are both widely welcomed.

We are still working through the evidence towards publishing a final strategy whilst we celebrate the NHS’s 70th year. We will also show the working, something anyone with children doing exams will recognise. A separate consultation report will be published as well.

But, a small preview.

Cooperation; co-production; multidisciplinary; multiprofessional – all of these and any other way you can say collectively, solidarity and together shine through this consultation. The desire to break dividers, barriers, borders to create and deliver together; within the NHS; within and across organisations; and with social care and patients and their carers. The responses say we are in it together, so we should act like it.

Including across professions. The multiprofessional message rang longest from professionals themselves working on the front line and found significant echoes from their colleges and unions – not one profession or organisation above all, but recognising the skills, experiences and dedication each brings and making the best for the patient and the system together.

We all only have so much bandwidth, we can’t do, control, know or manage everything, we value what others bring and we work together to make the sum greater than the parts. That is the health and care system this Workforce Strategy will promote.

The strategy will drill down into the school outreach; e-rostering; safe staffing; training numbers; national standards; local cultures; credentialing; new roles; pay and pensions; social care integration; staff and economic projections; new training and education and so many other areas.

It will not shrink from the challenges we have now identified in the consultation document, such as nurse retention and recruitment, pressure on services and staff, but it will also look forward towards a horizon, the NHS’s 80th, that no workforce strategy has ever done before.

Based on the evidence and responses I have seen, read and heard, the Workforce Strategy will be what we have always wanted it to be. A co-production, the service’s Strategy; not HEE’s, not NHS England’s, not the DHSC’s or NHS Improvement’s: not anyone’s, but everyone’s.

This will be a strategy for everyone who wants a better, stronger, sustainable, safer and effectively staffed health and social care system for the next 70 years.